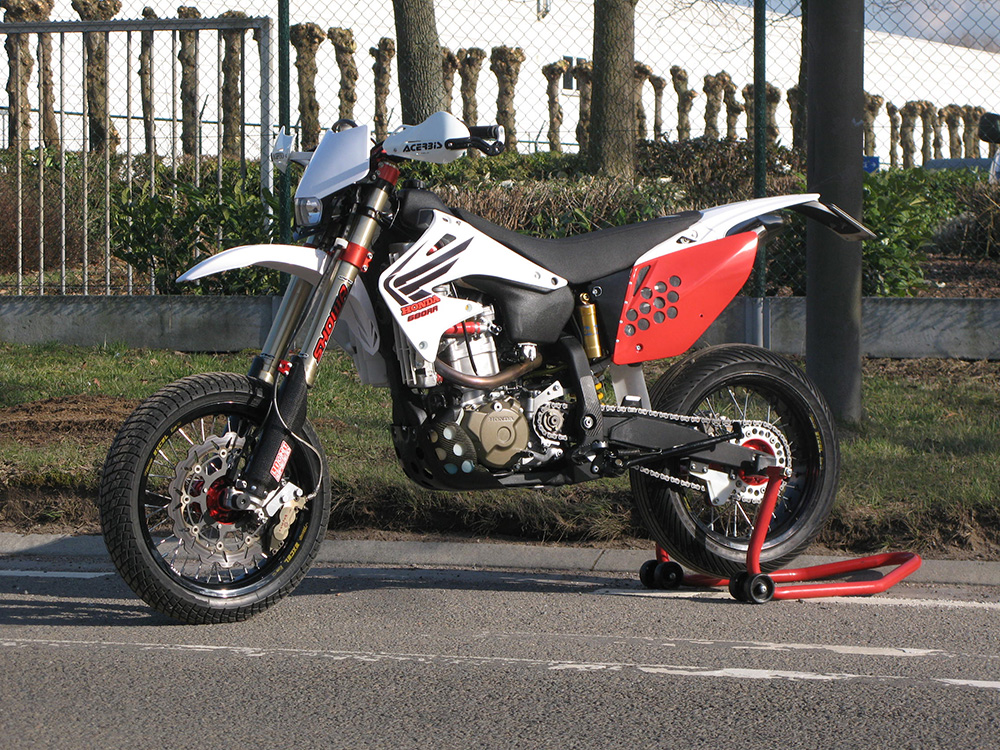 After having my first BMX bicycle, I started having interest in dirt bikes (and Honda !) when my brother bought a new Honda MT50 in the very early ’80’s, a few years later followed by a XR350R ’85. That’s when I earned the MT and started to modify it to go ride off-road together with the brother and his XR… In the early ’90 I bought my first own XR, a XR600R from ’90. XR’ s and other Honda mono’s are my passion. Just type “XRMANU” in Google and look… In 2011 this passion led me to start up my own small work shop (www.2Motors.be), specialized  in building one-off’s, rebuilding and tuning engines… after almost 20 years of doing this as a hobby. 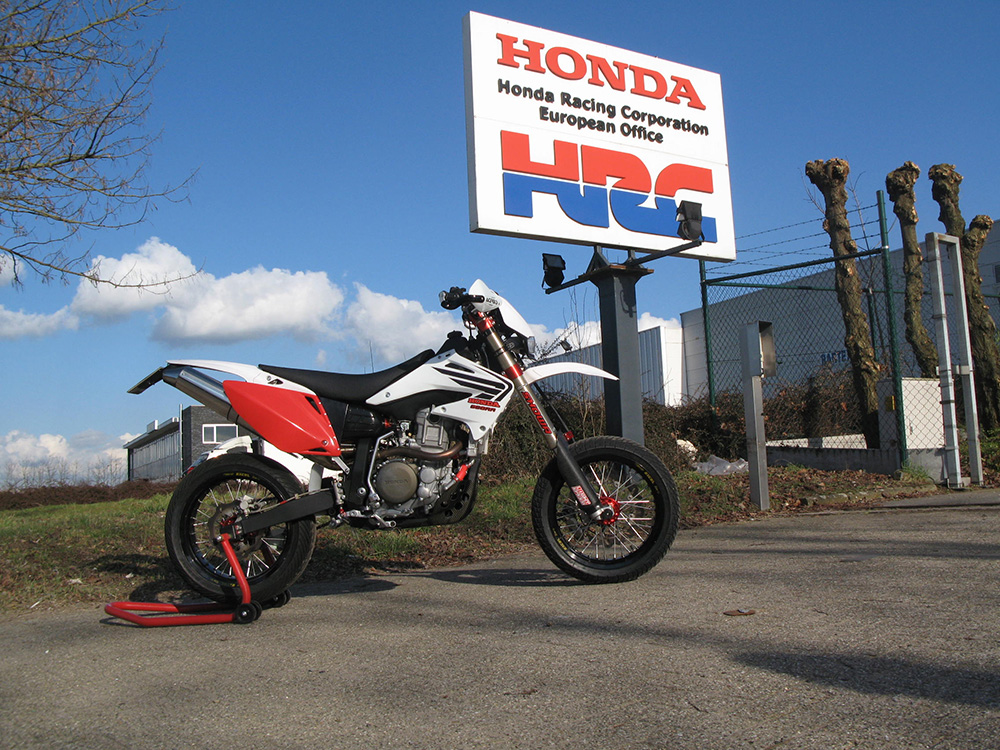 I fell in love with supermoto when I went to the Mettet Superbiker for the first time in the early 90’s, been there like 25 times now... almost every year since. Seeing this, I turned my first XR in a supermoto ,that was the year 1992. In ’94 ,I bought a new XR600 and installed a HRC kit on it. Following by a new one in ‘97 that I turned in a full blown 660cc with custom parts. Did all the work myself. I wasn’t a schooled mechanic then...That bike was much faster than a stock XR650R.

Between 1990 and 2000 I eat sleep and live on my bikes, combining enduro riding and supermoto with the same bike. 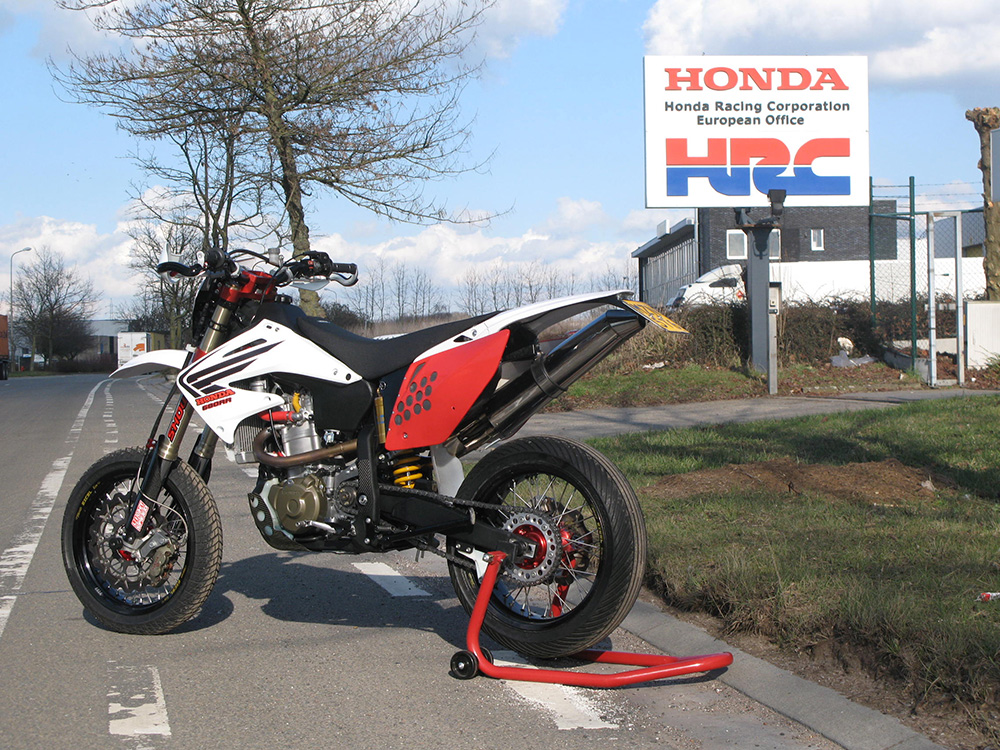 I bought this XR650R in 2001 and after a few years I wanted to upgrade the look ,frame and engine of my bike further, giving it the sleeker CRF look.

This is the essence of supermoto: take a dirt bike and convert it in something unique, self-made, one-of-a-kind… not something that you can get ready made in the showroom! 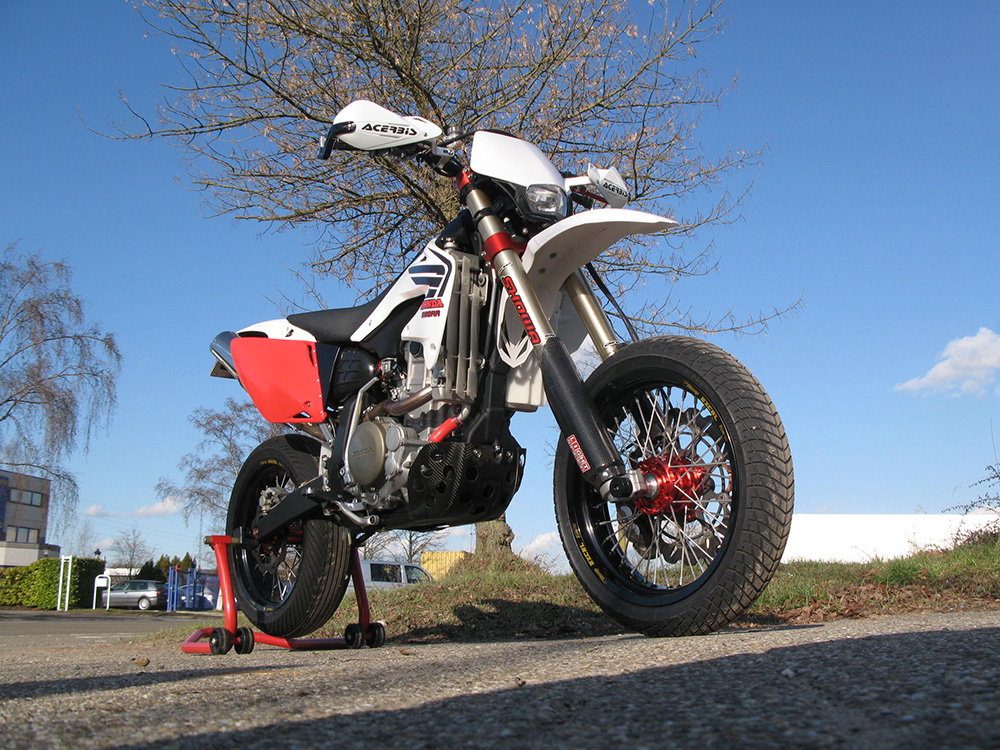 Putting the CRF parts on the big XR isn’t a plug and play thing…. especially if  you want it done well and professionally. Like the bike rolled out of the factory like this. I had to design a few custom parts on the computer.  And a lot of “trial and error”… The 680 engine was built  in-house ,combining the experience I had from earlier projects over the years. 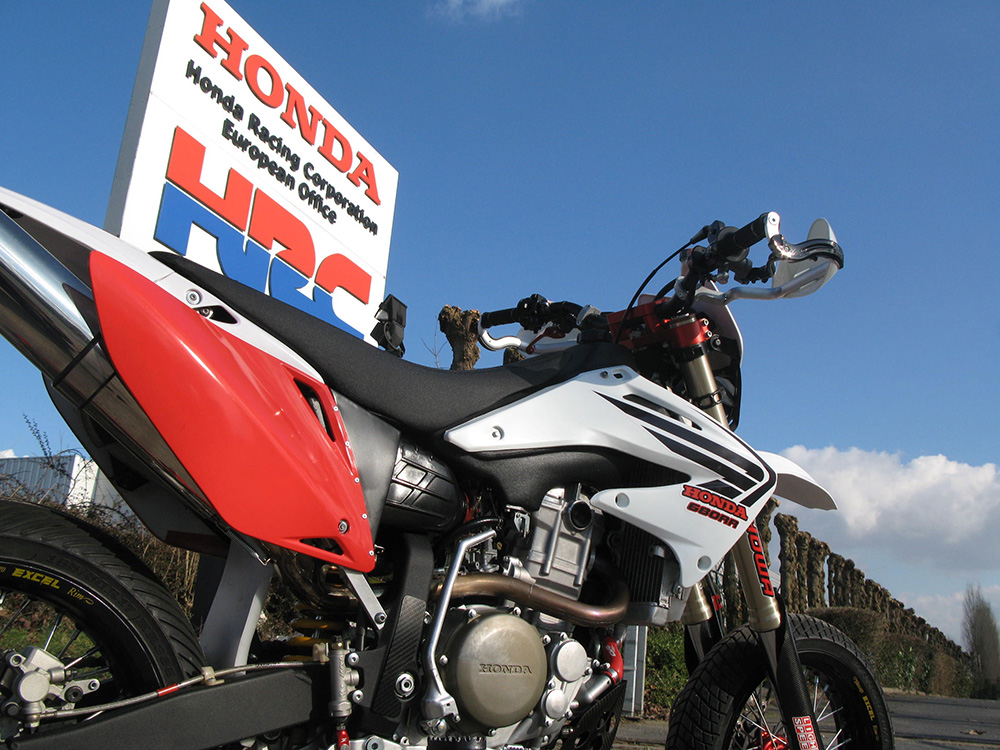 Since it was made like this (in 2009) ,I have done a few trackdays but I ride it more on the road …and off-road. It should be there much more… if I had the time. 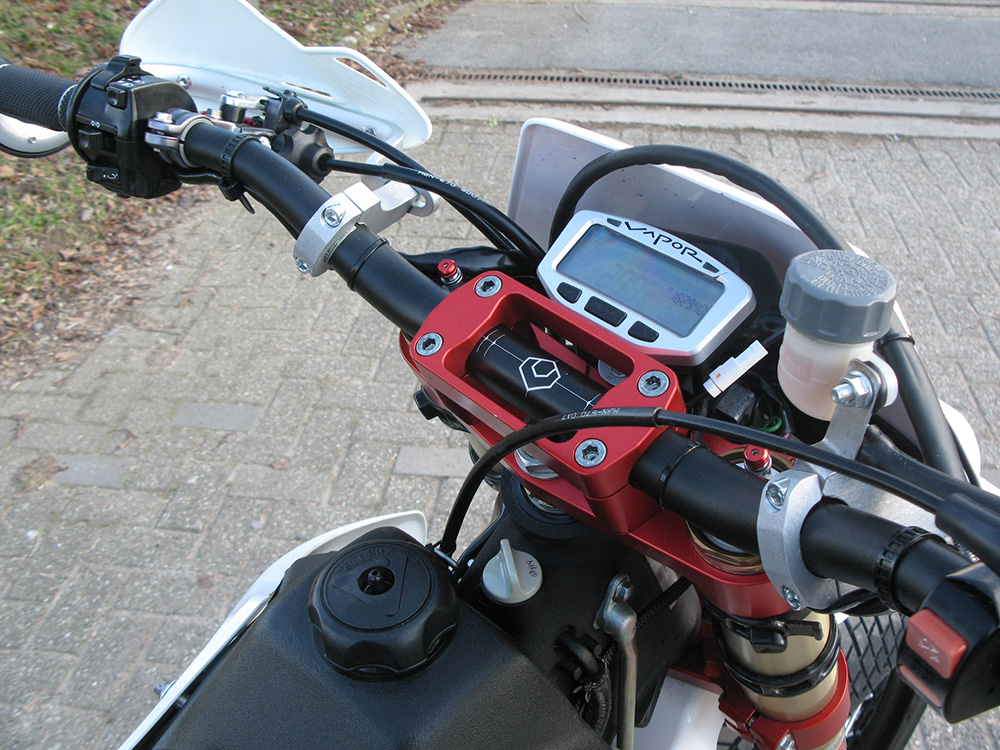 It was not my first and not my last….I started converting bikes in 1992 and still doing it ,professionally now (part time job). 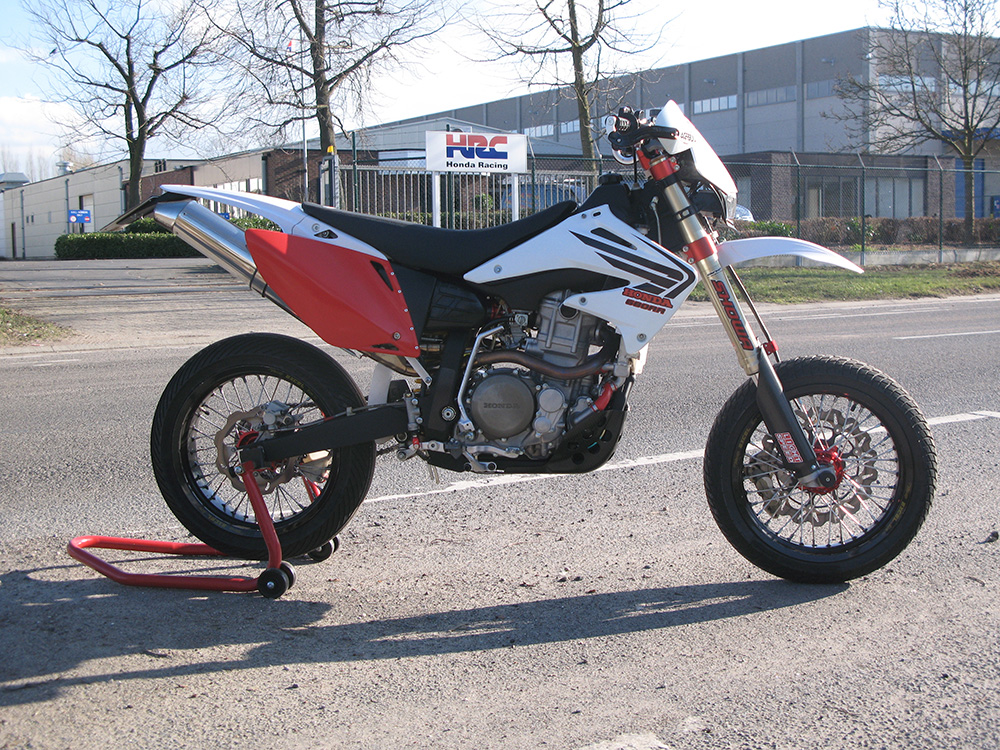 Search for a good base to start when you want to build a supermoto, check the heart (engine) first ,make this good and reliable.. if you are going to use it like it should ,you will need this ! Don’t go for cheap and cheesy… keep it safe (brakes etc). Don’t spend your money on funky graphics or a colored chain first but on decent brakes, suspension and tires… but focus on the engine first!

A money pit it will be. 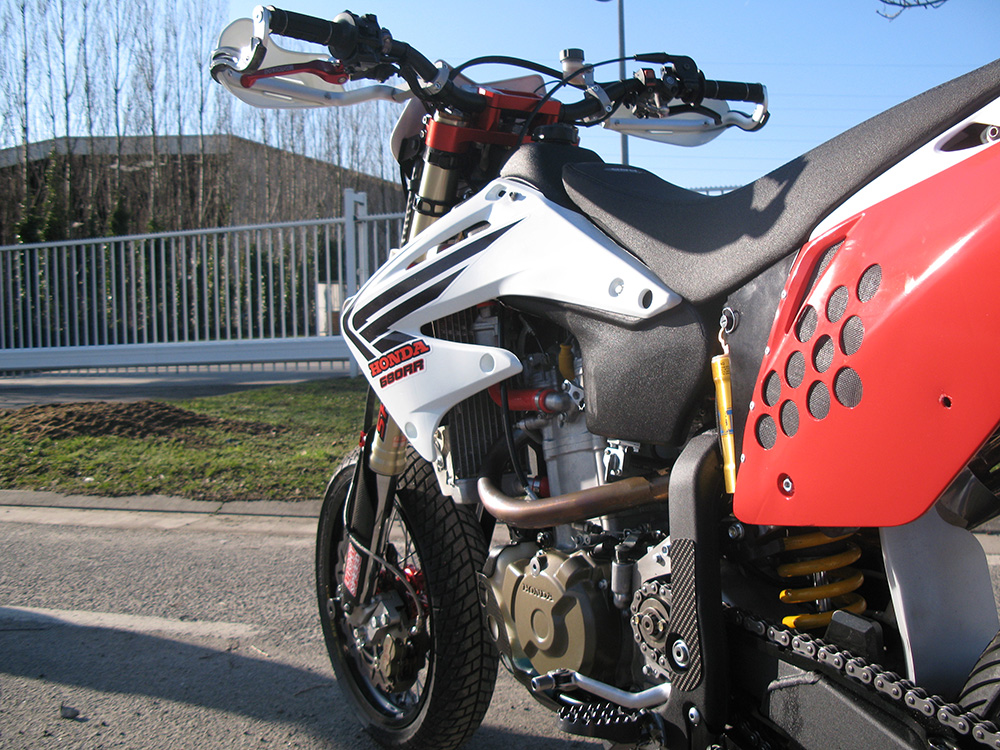 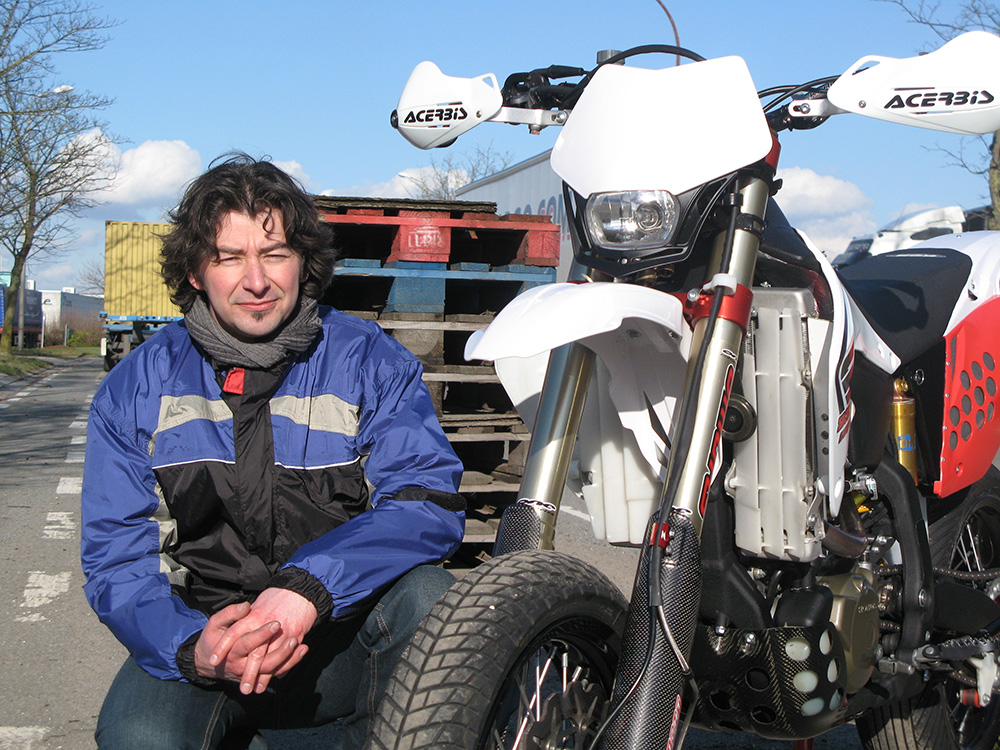