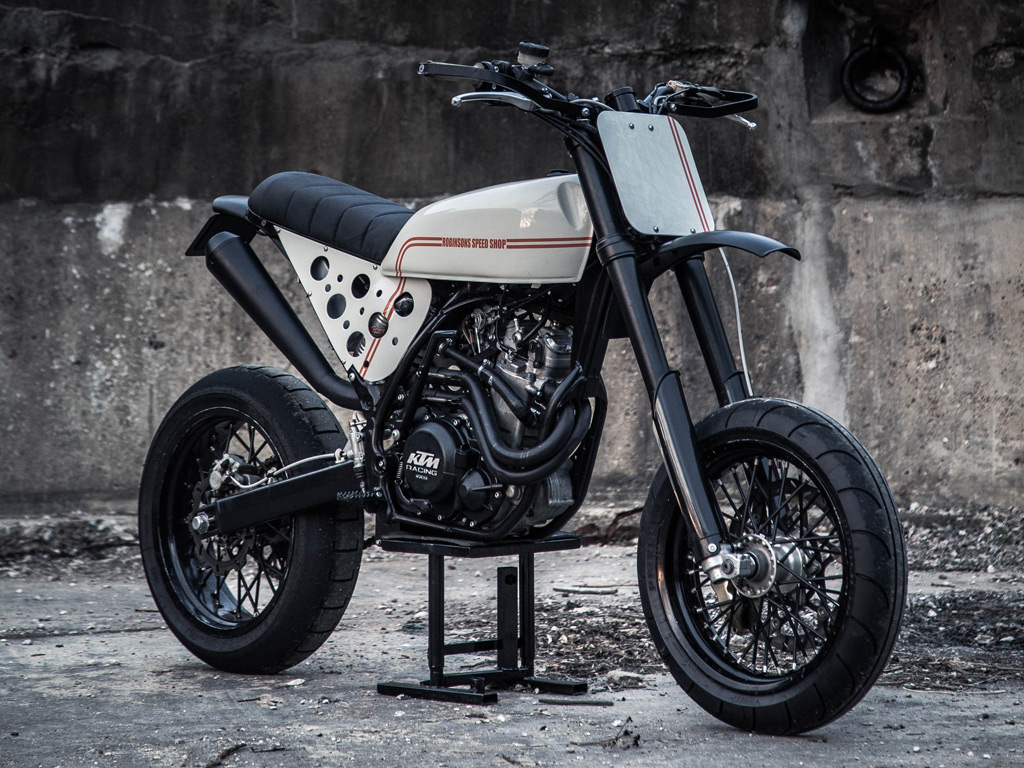 Hi my name is Luke Robinson from Leigh-On-Sea, Essex.  I first started mx at the age of 13 and never stopped riding, owning a whole range of different bikes thought the years. 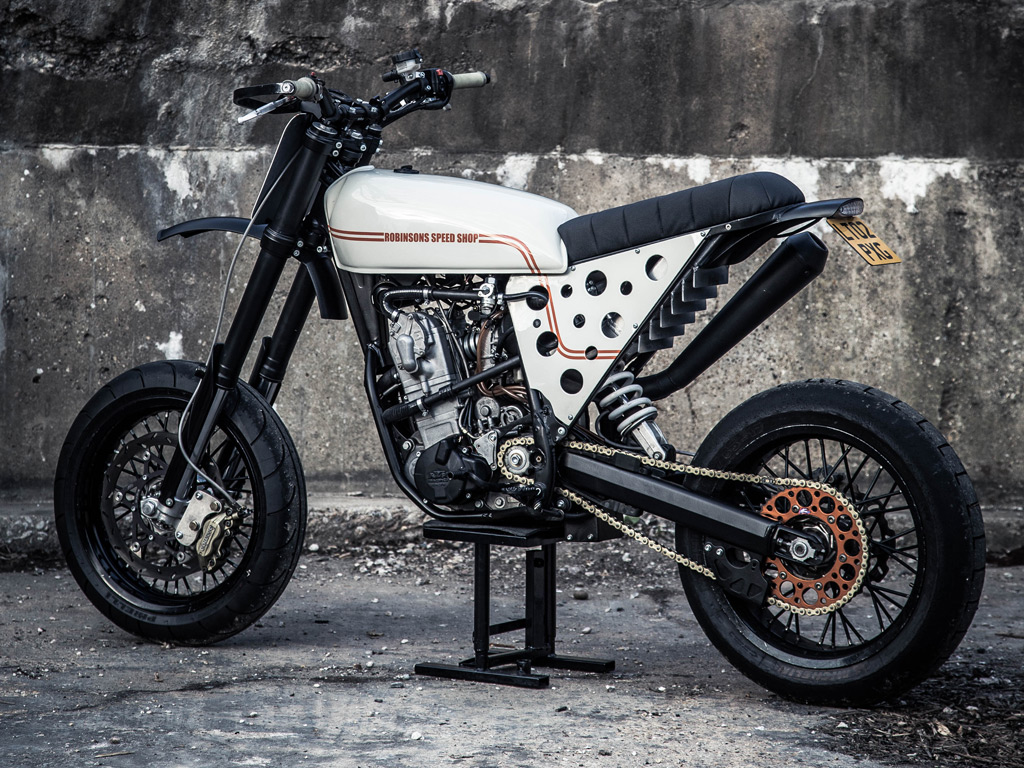 Supermoto first came me to after I stopped riding on the road and was track only.  In all honesty I couldn't be trusted with a sports bike on the road so this was when I first bought a Supermoto, the first was another KTM 525.  The bug bit me hard and loved it from the off, can't say it slowed me down on the corners but at least my top speed was down. 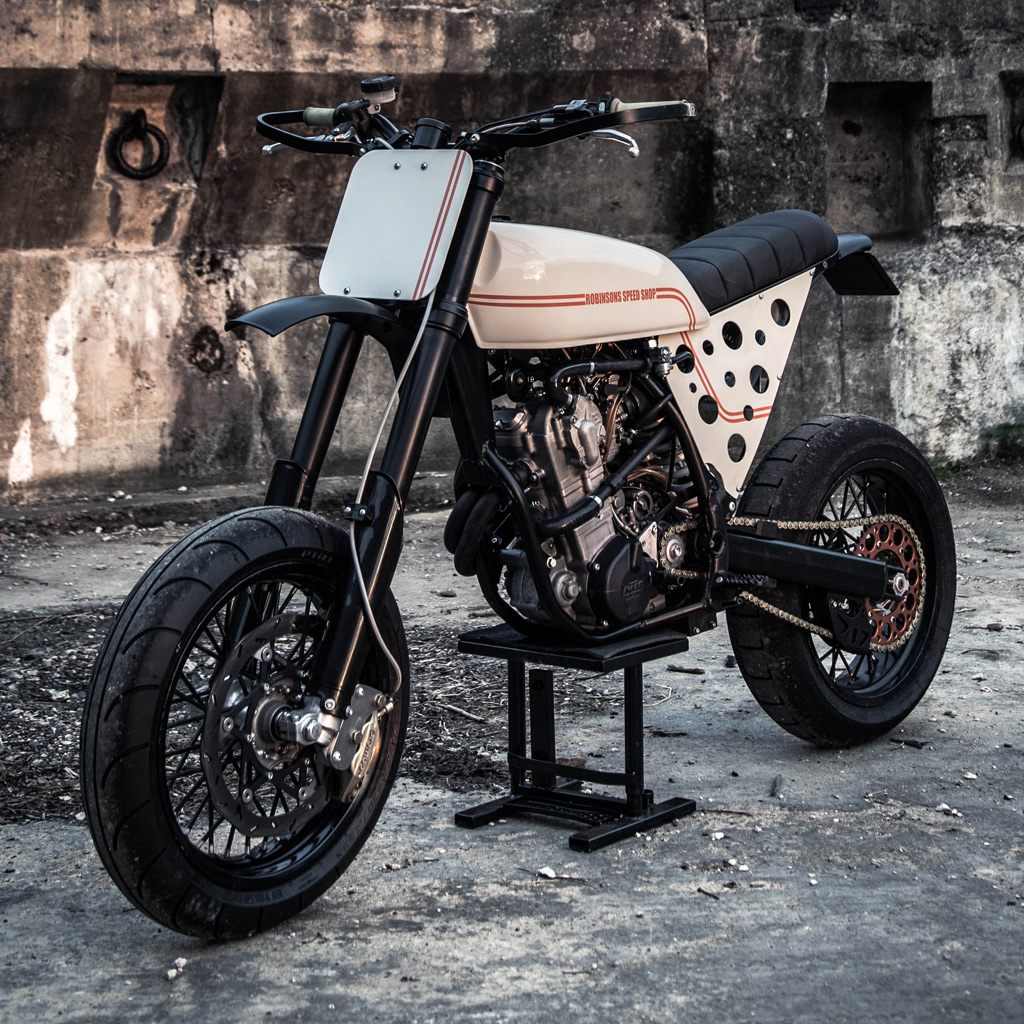 When and how did the idea for this project originated? What's was the base for your project?

Building custom bikes for a living and the love for Supermotos was a ticking time bomb, its was only a matter of time before they collided.  Having owned and worked on a few of these 525's it was the perfect solution. 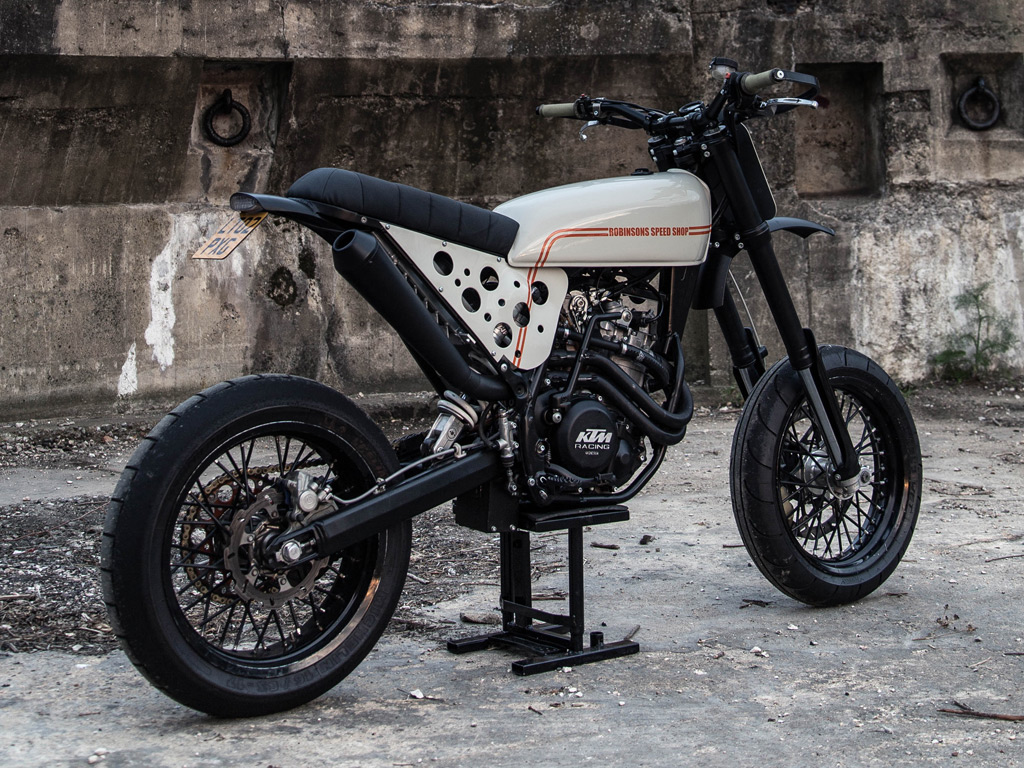 Having the radiator mounted in the rear I thought I was going to hit a whole bunch of cooling issues, but it all worked perfect first off.  The only real issue is using the style of tank, even with it dished out steering lock was an problematic. 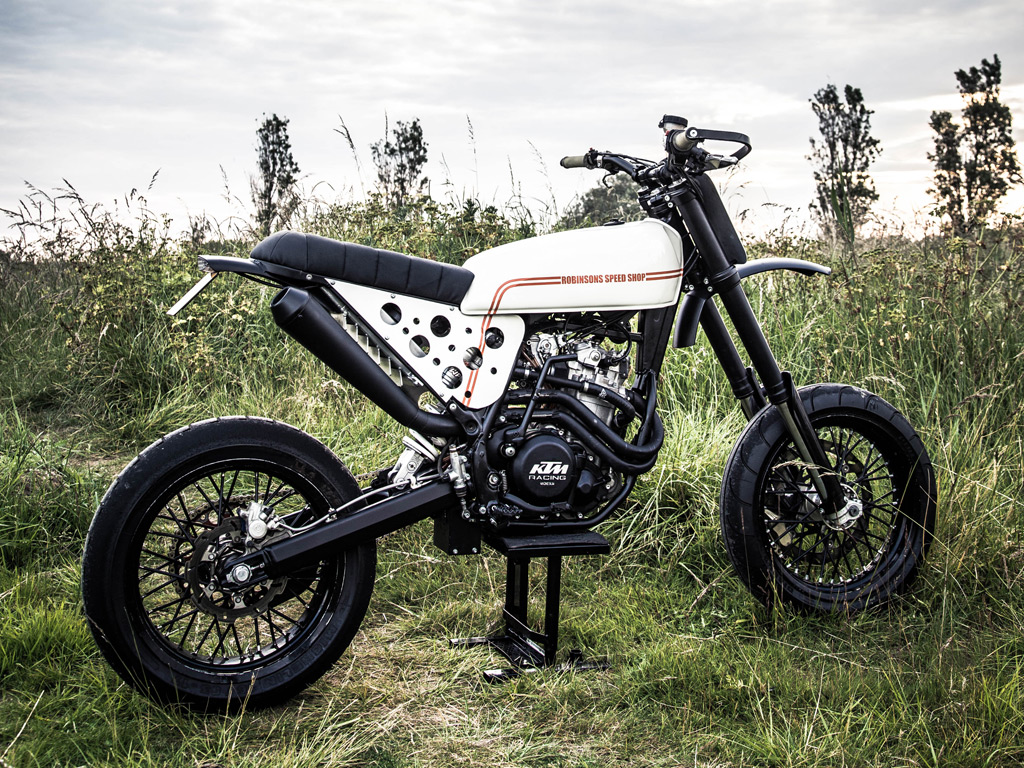 Most of this bikes riding will be done on the road, the down side of having shinning paint is I'm scared of binning it haha. 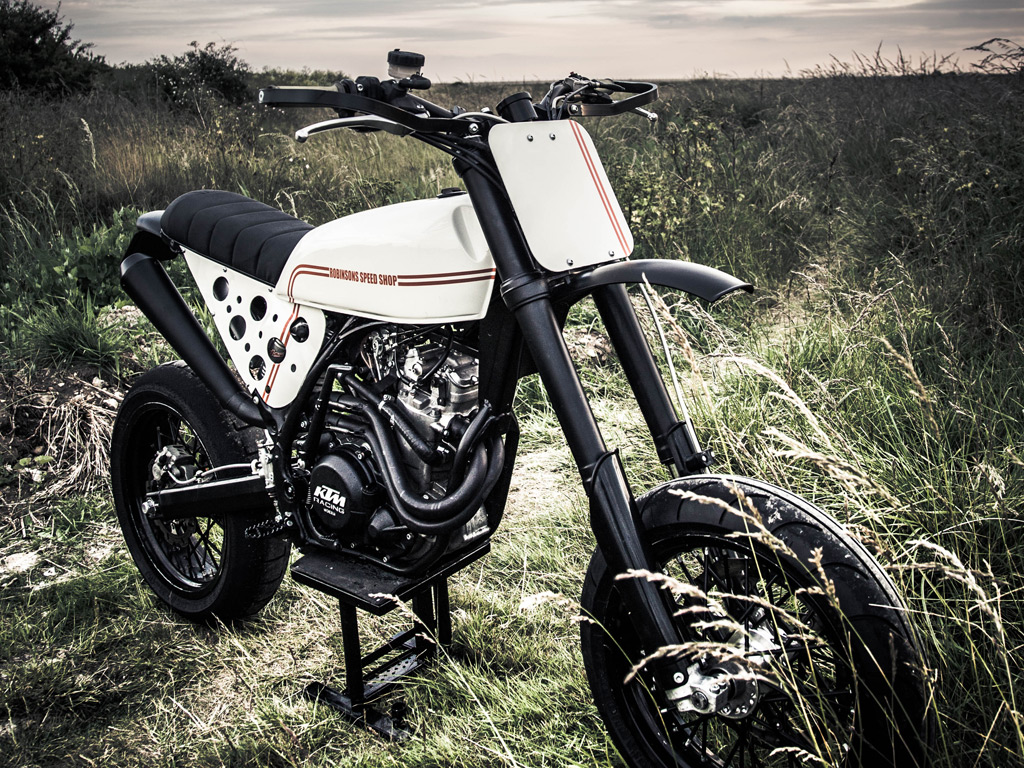 This was the shops first Supermoto project, but we have another one waiting in the wings, this going to be the way forward for the shop now. 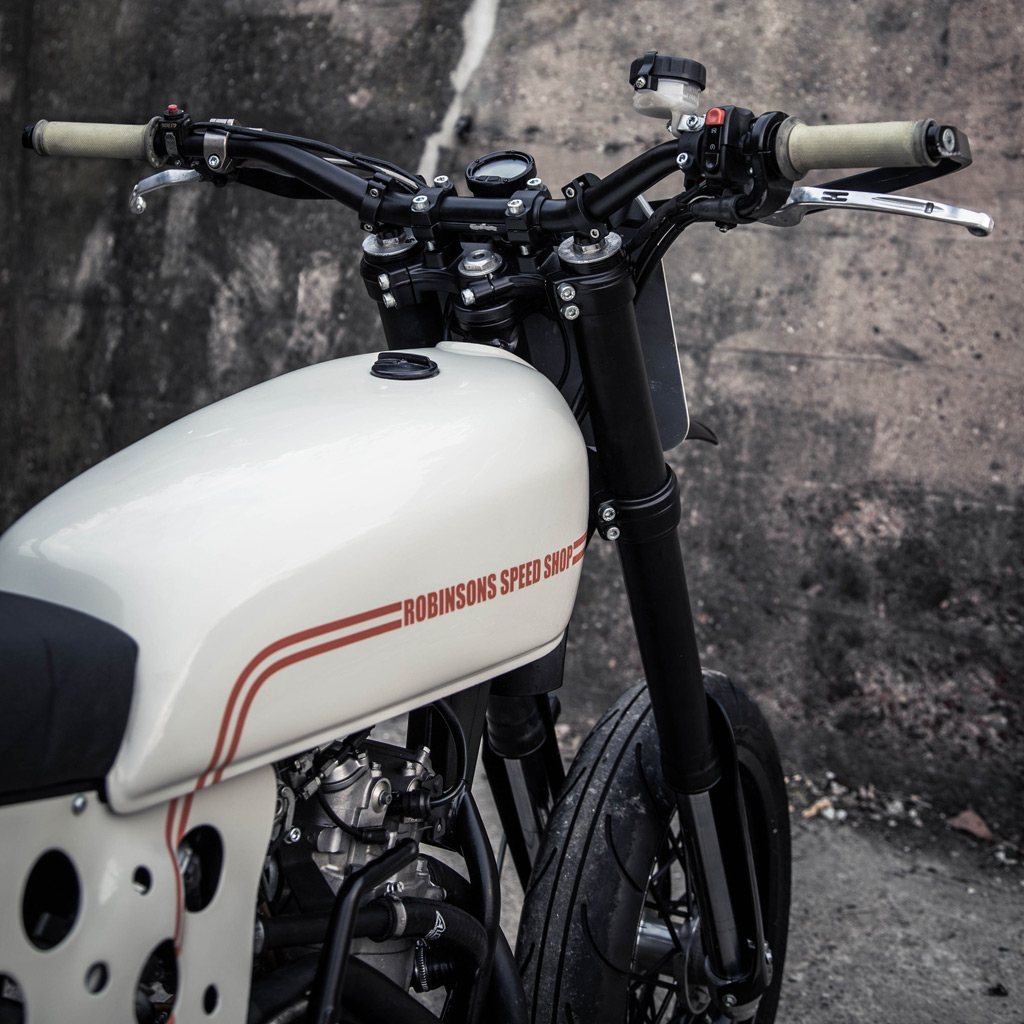 Just do it, these bikes are pretty easy to work with and as the subframe bolts on so if it does go wrong it's not so bad. 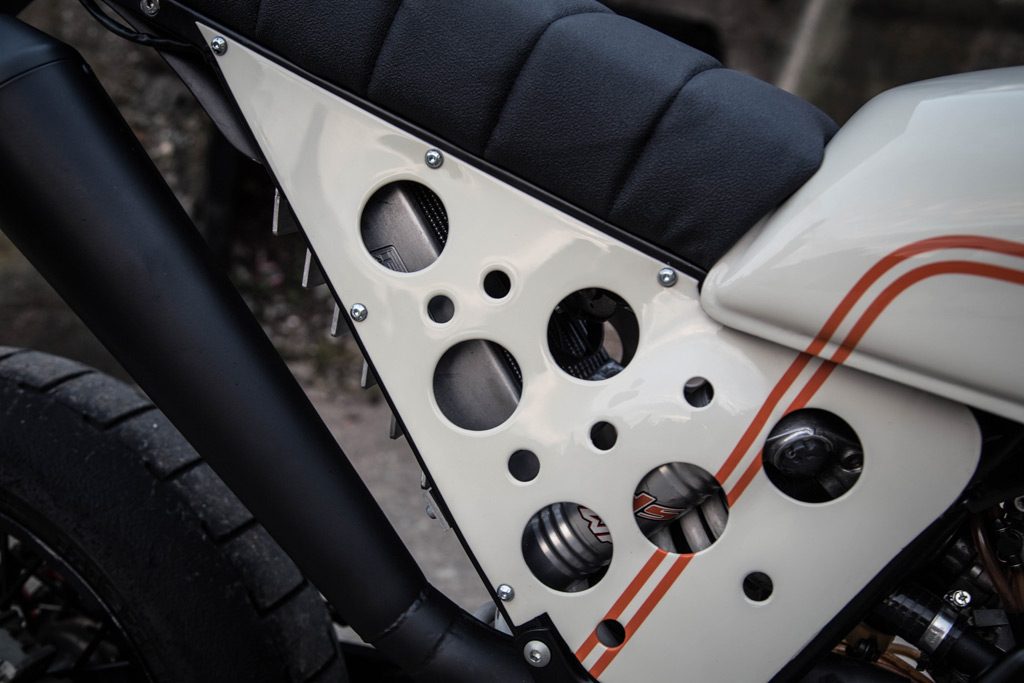 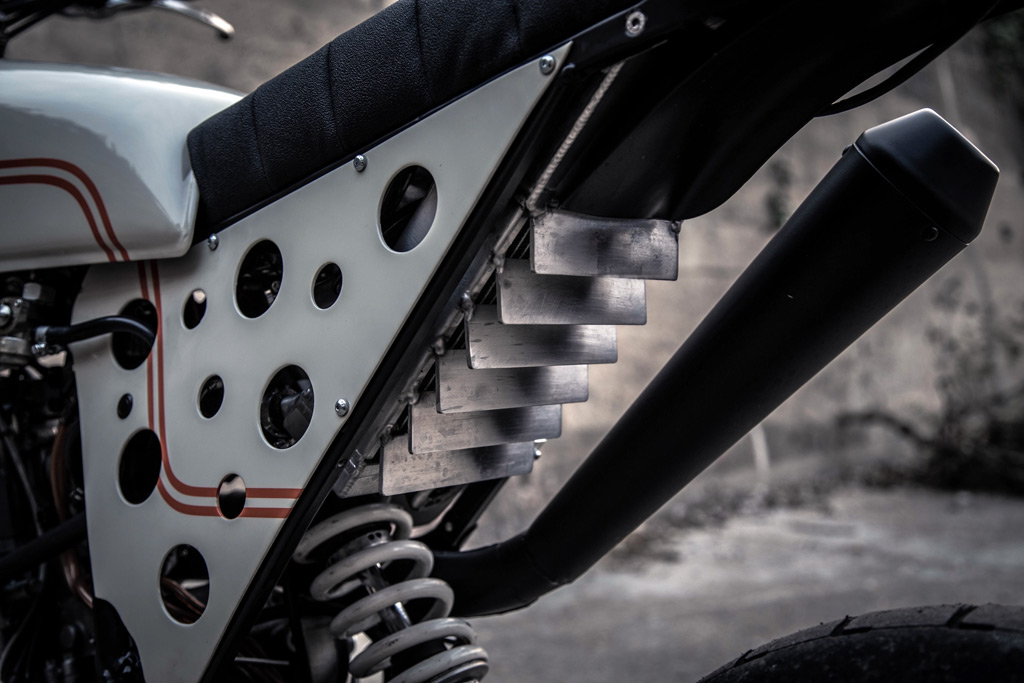 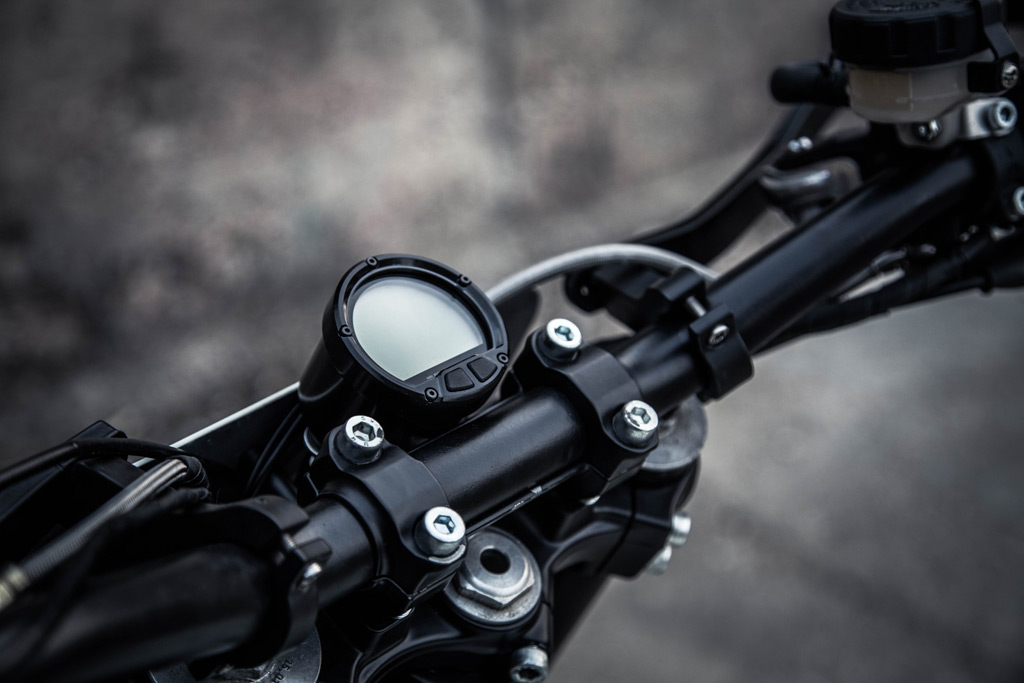 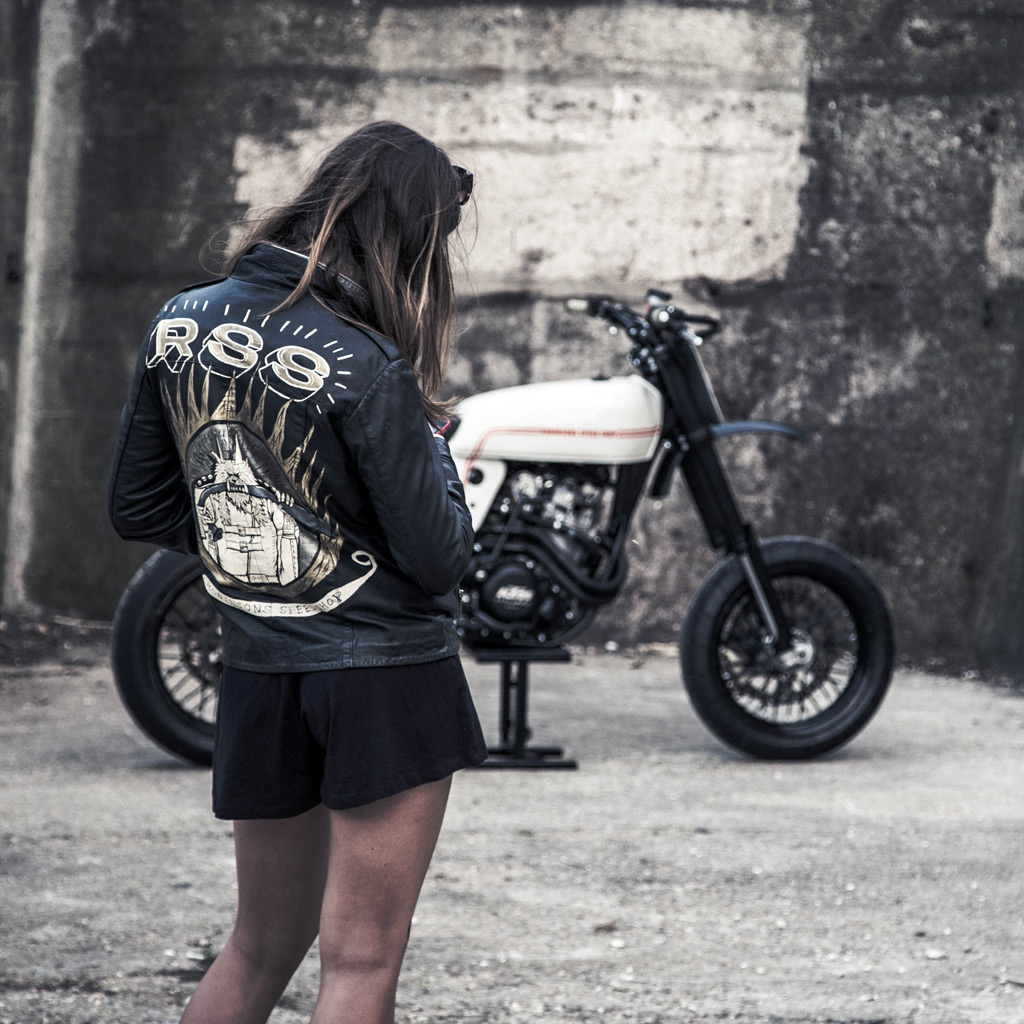