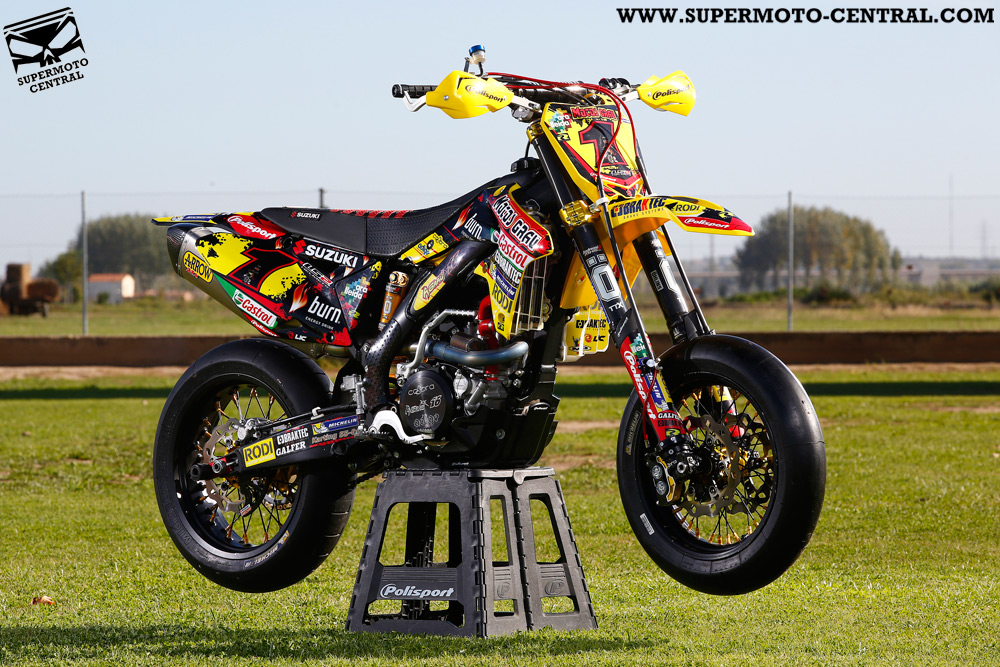 I am Angel Grau from Spain and have been competing since age 14. I have been racing all kinds of motorcycles , roadrace, enduro and dirt track.  Sete Gibernau was the one who started me in this world and I learned a lot from him many years ago. 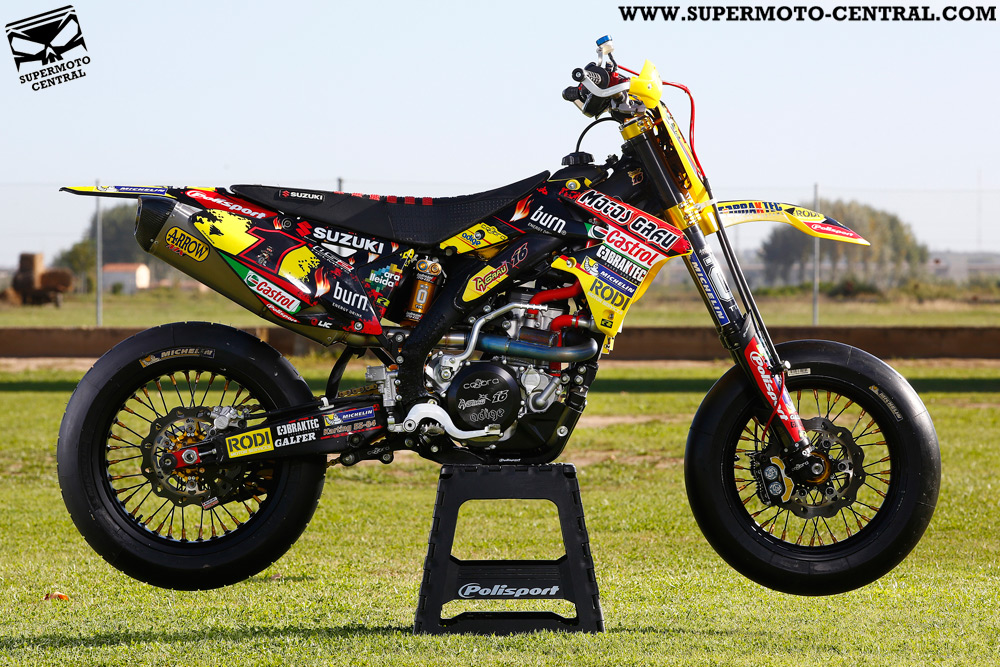 I started in 1999 with a Suzuki Dr-Z 400 transformed to Supermoto and soon it became my great passion. 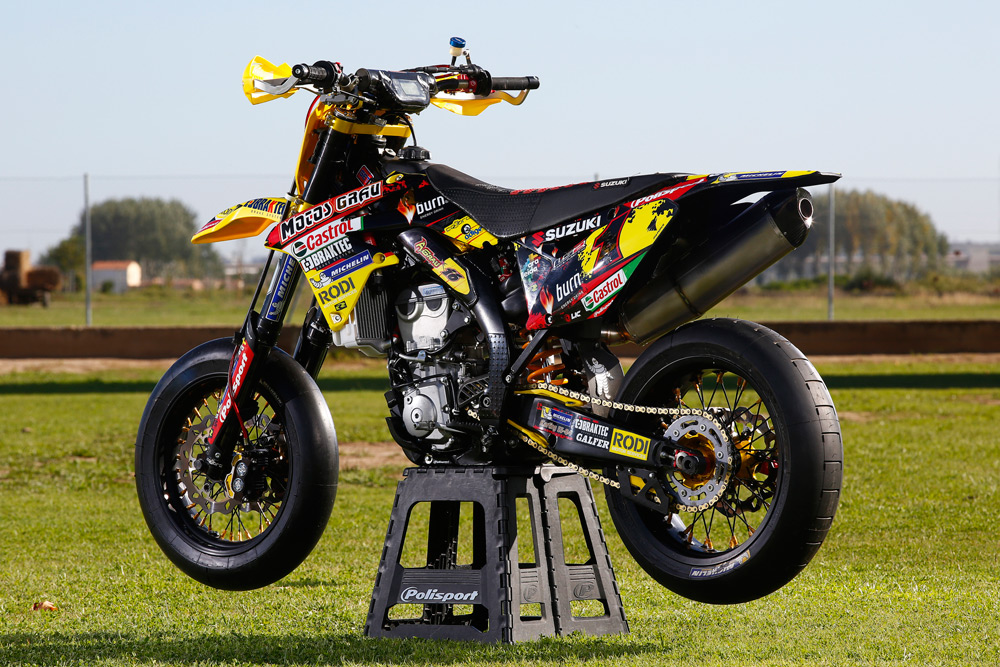 After many years of evolution , this year I think we've found one of the best bases. 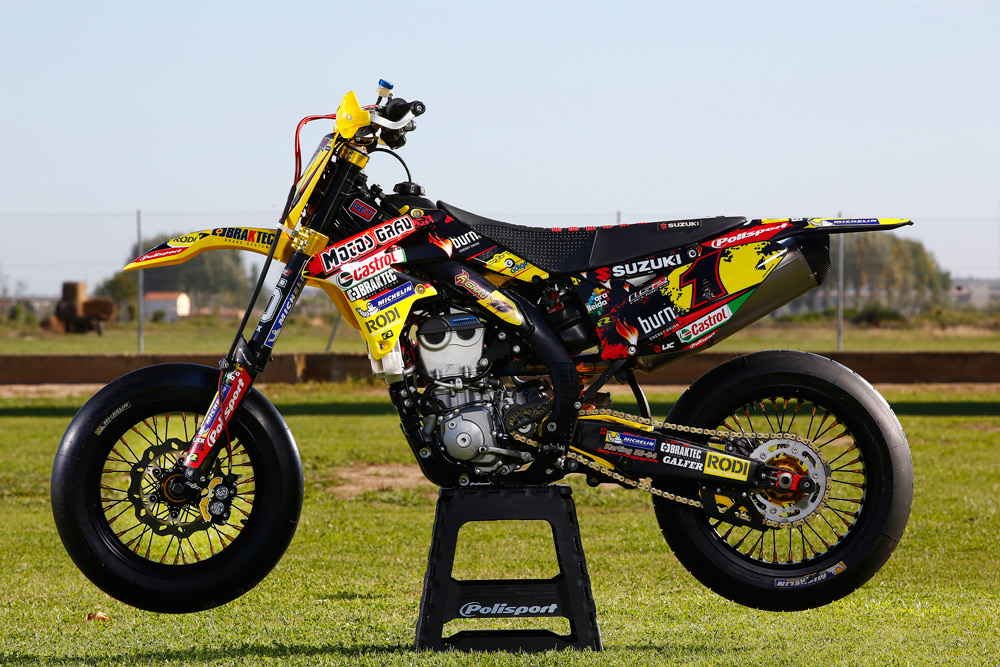 I use it in the USA Championships and other competitions like the Spanish Supermoto Championship. It is only used for training and races. 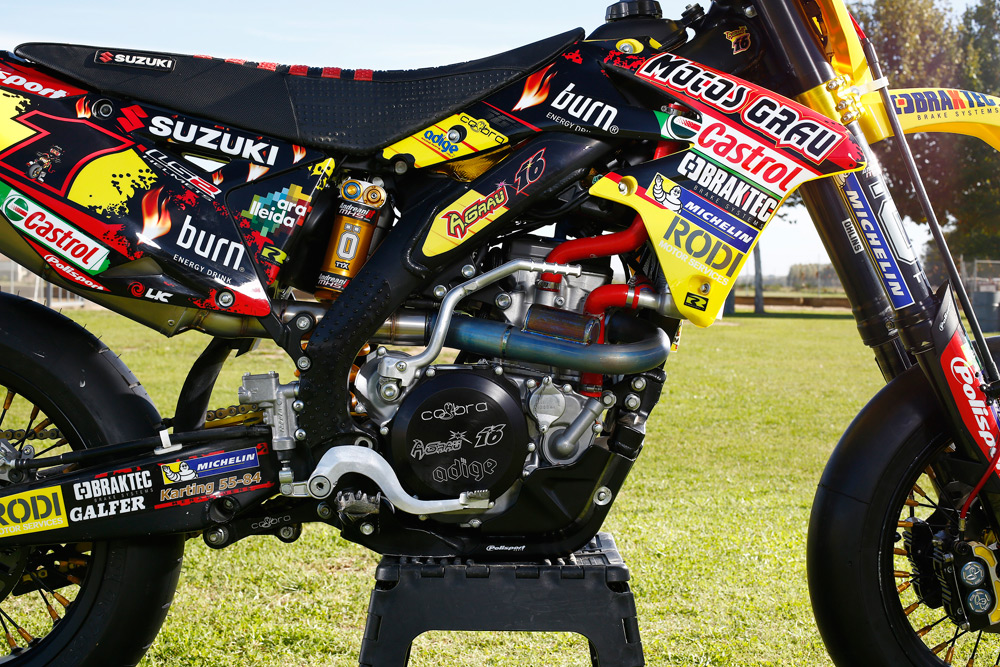 I'm  working on the 2015 bike that soon will be ready. I'm also doing the Superprestigio Dirt Track race in Barcelona where we I will compete with 10 world champions including Marc and Alex Marquez , Tito Rabat and Thomas Chareyre. 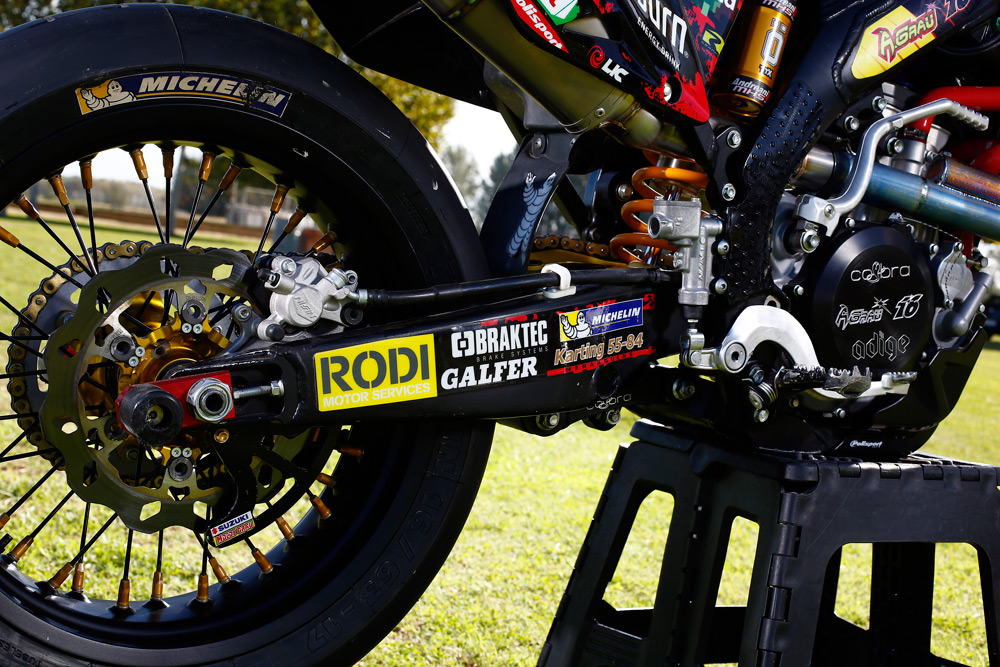 Do so with enthousiasm and without haste . 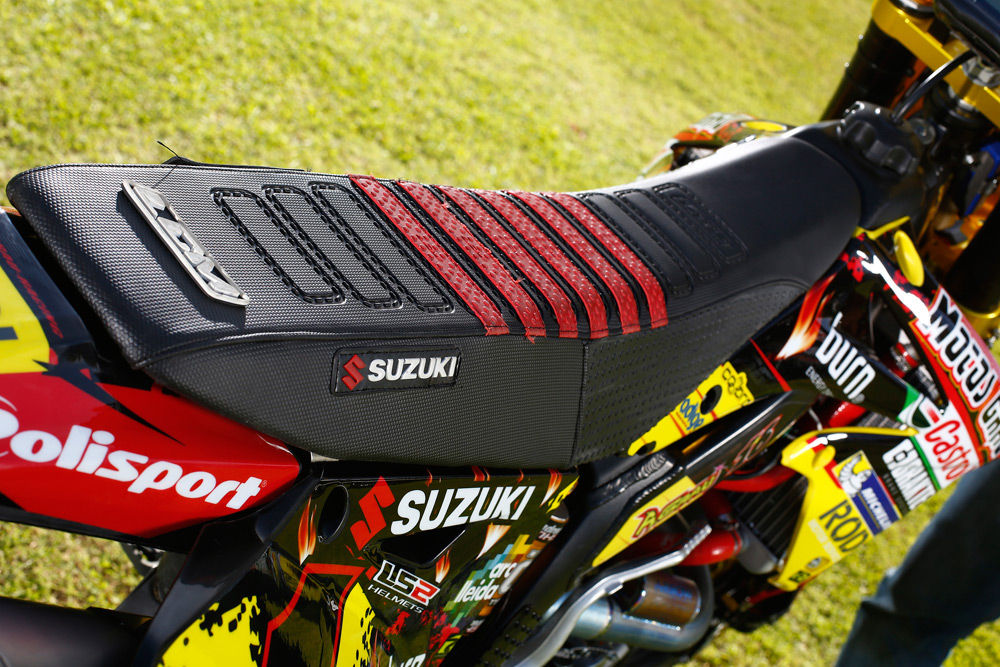 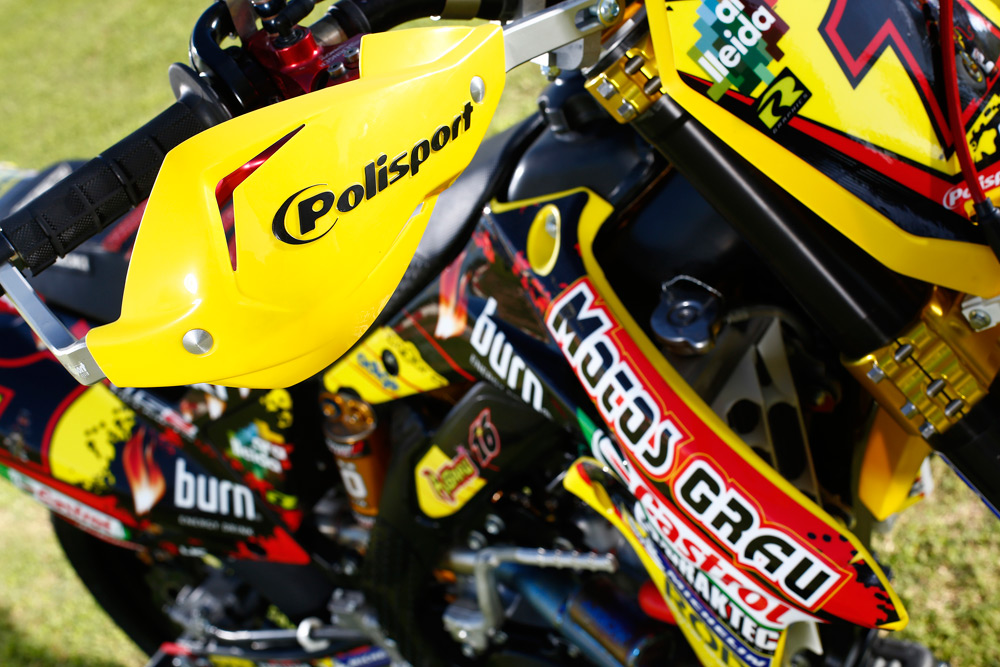 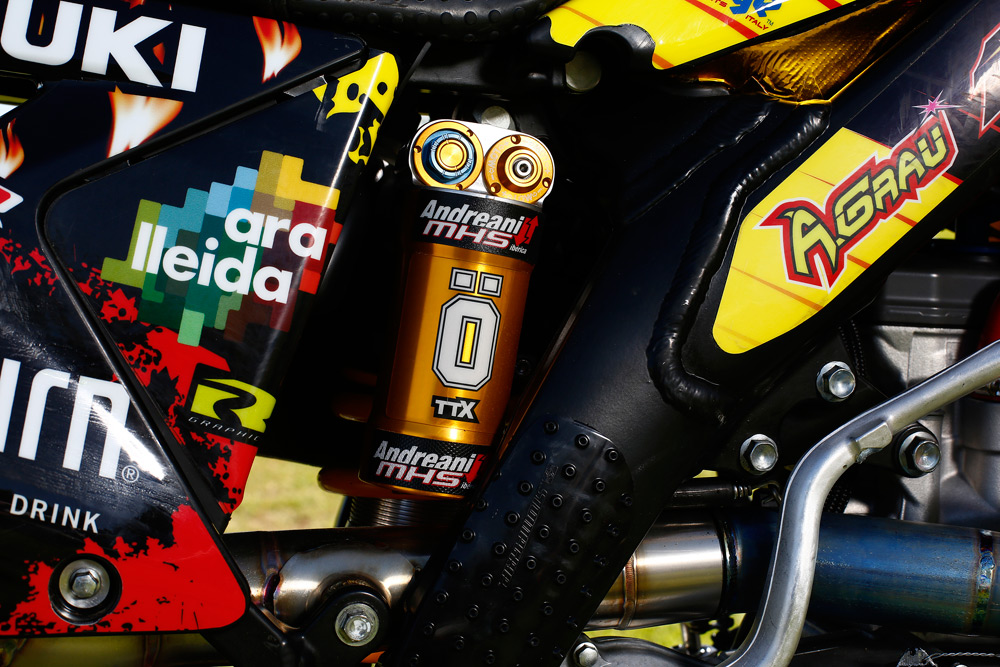