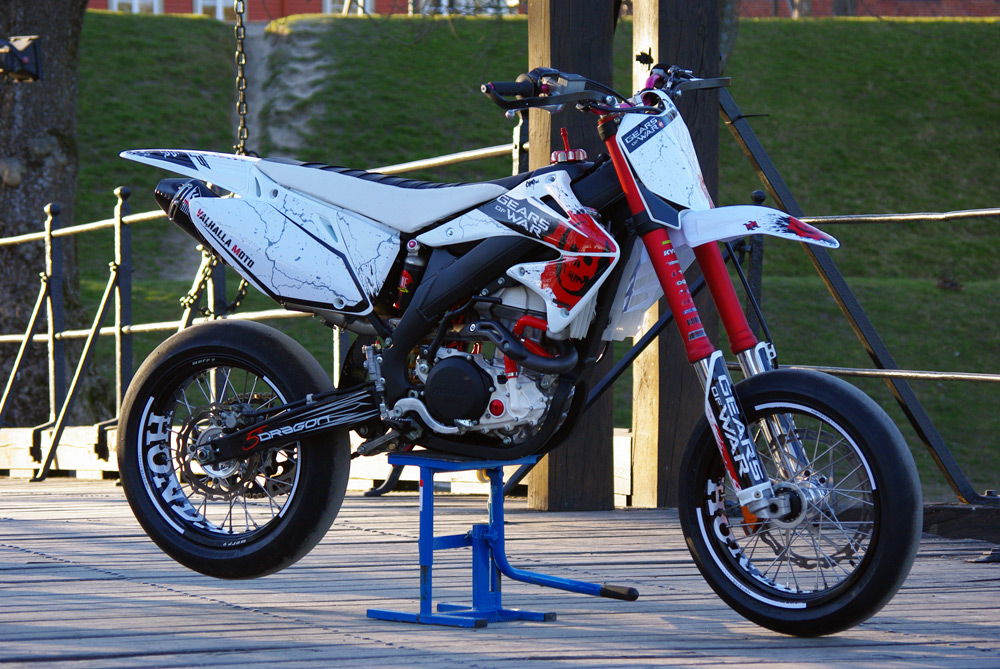 How about a small introduction of yourself to the readers of Supermoto Central?
Greetings ladies and gentlemen.
Name is Dario (25) from world's most beautiful country Norway.
My key qualification is Mechanical CAD - Operator, I have also studied as Mechanical Engineer.
I am the person behind Valhalla Motorcycles, small one man local business based on motorcycle restoration / upgrade. 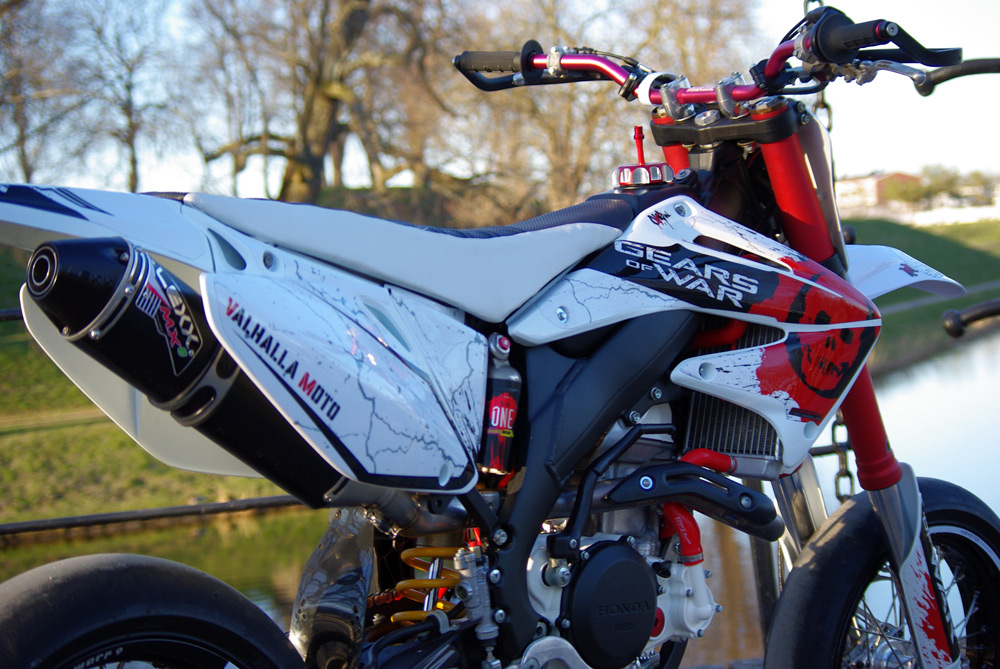 How did you get into supermoto and what do you find so great about it?
When I was a kid my father built custom "supermoto" looking motorcycle, which we rode together countless times. I guess that bike left its mark for life. When I was a teenager I used to watch S1 races on Motors TV witch lead to great inspiration. After I bought my first supermoto I was hooked, the fun factor on these bikes is simply over the top, just ask Mr Rossi.

When and how did the idea for this project originated? What was your inspiration?
I was sitting in my office at work one evening scrolling through used marked and spotted cheap crf450R. This was during wintertime so I had time for one more project. My inspiration for this project was the video game "Gears of War". 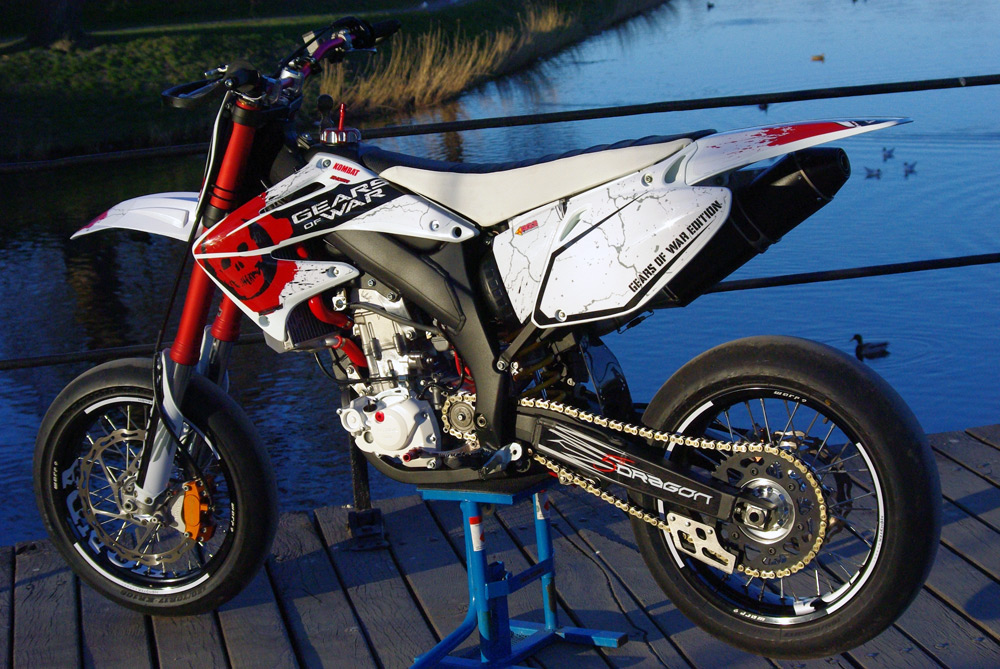 What’s was the base for your project?
Its a 2004 crf 450R Track bike with little over 50 hours on clock in stock condition.

Can you tell us in short how the build went? Did you have any big problems or did it all went smooth?
I'm not superstitious but this bike is cursed, almost anything that could go wrong during the build did.
It took me maybe one full month to finish everything, but because of other projects it actually took me about four months.
Some of the problems I stumbled upon; fork was pink at first anodizing attempt, frame didn't get powder coated the color I was looking for, I received wrong fenders, seat cover was to small, exhaust was dented when I bought it, engine is huge pain to remove it in and out of frame, crank cover screw got stuck for some strange reason witch lead to late startup, sand blaster didn't do proper job first time. But It was OK because I love a good challenge. 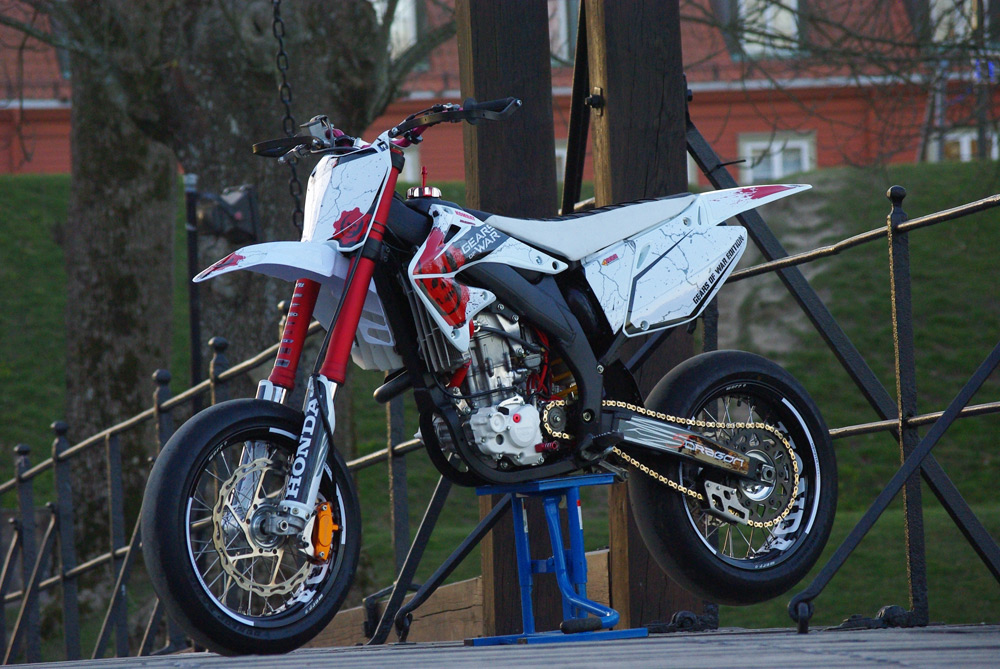 Its a track bike and I suppose it will stay that way now that its for sale. 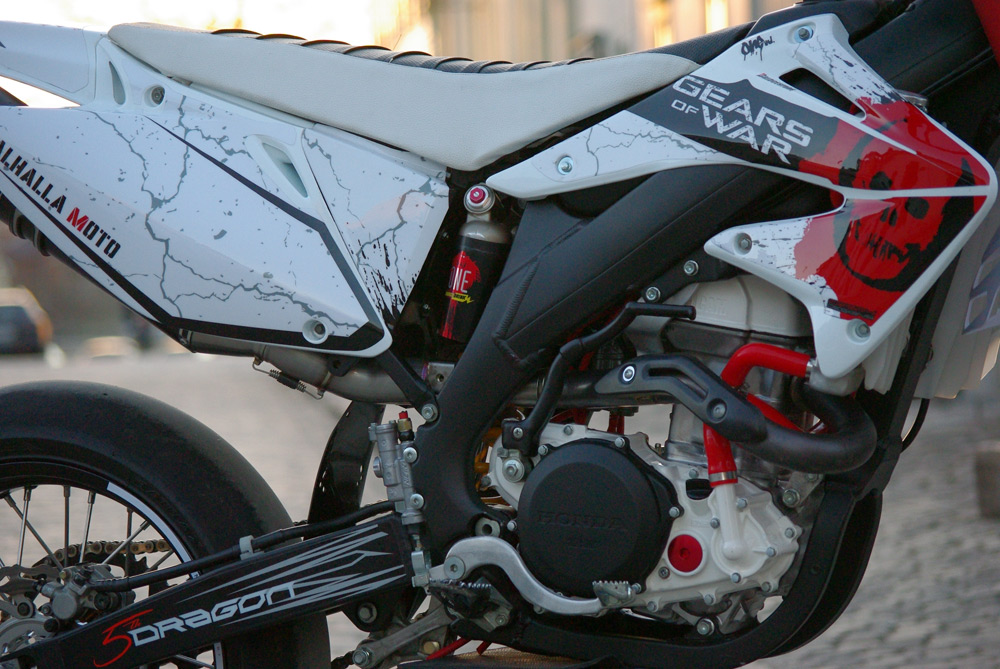 Do you have any plans for another supermoto project in the future?
No doubt that Valhalla Moto will spit out more bikes. Stay tuned for the current KTM RR.

Have you got any tips or advice for people that want to start a project like this?
I don't feel I am experienced enough to give anyone any kind of direct advice. But there are many things to keep in mind, most important is that you have solid economy. For every project I put up budget calculation for parts and work. Make sure you know how much work it takes you to reach your project goal. Plan as much as possible before purchase. 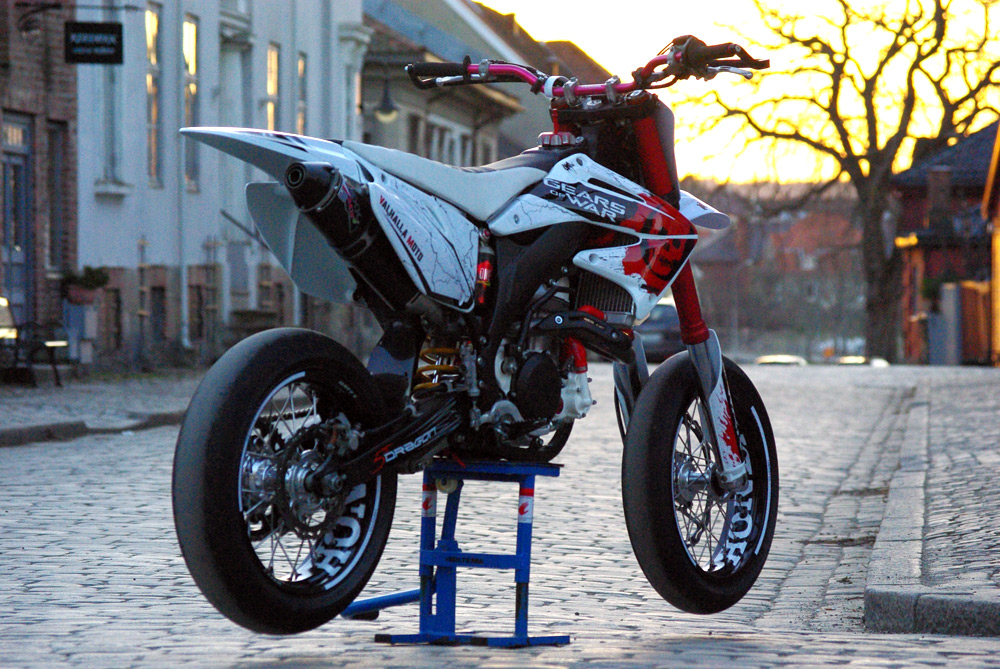