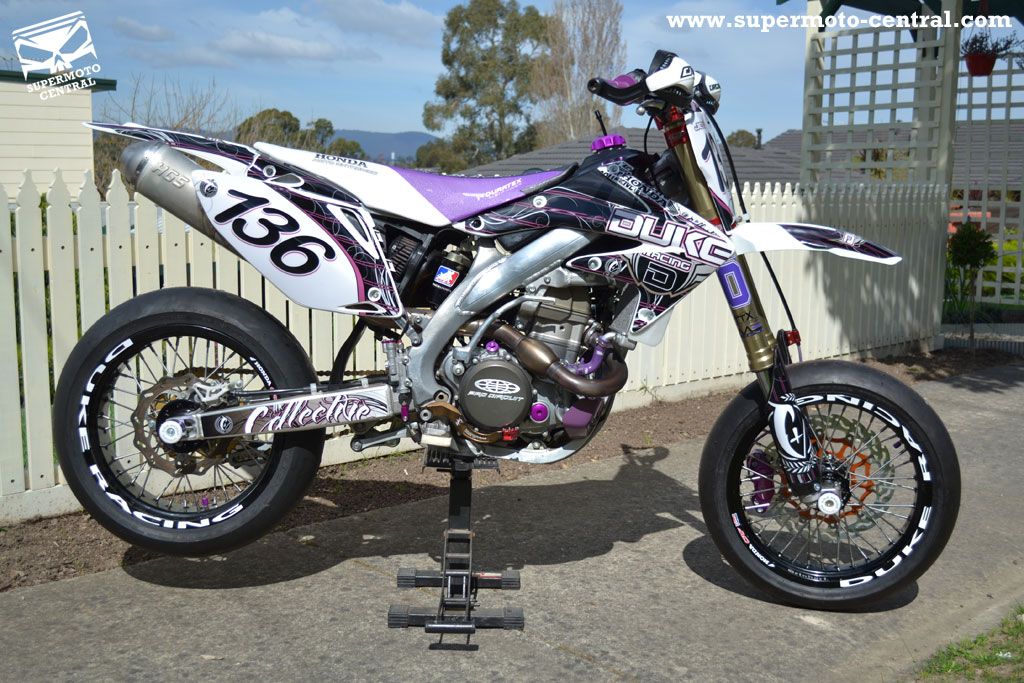 Marty Duke.. Thats about it really... I live and ride in Melbourne (Australia) and seem to have a facination with shiny trick bits. By day I work in the bike industry and by night, put together bikes :) 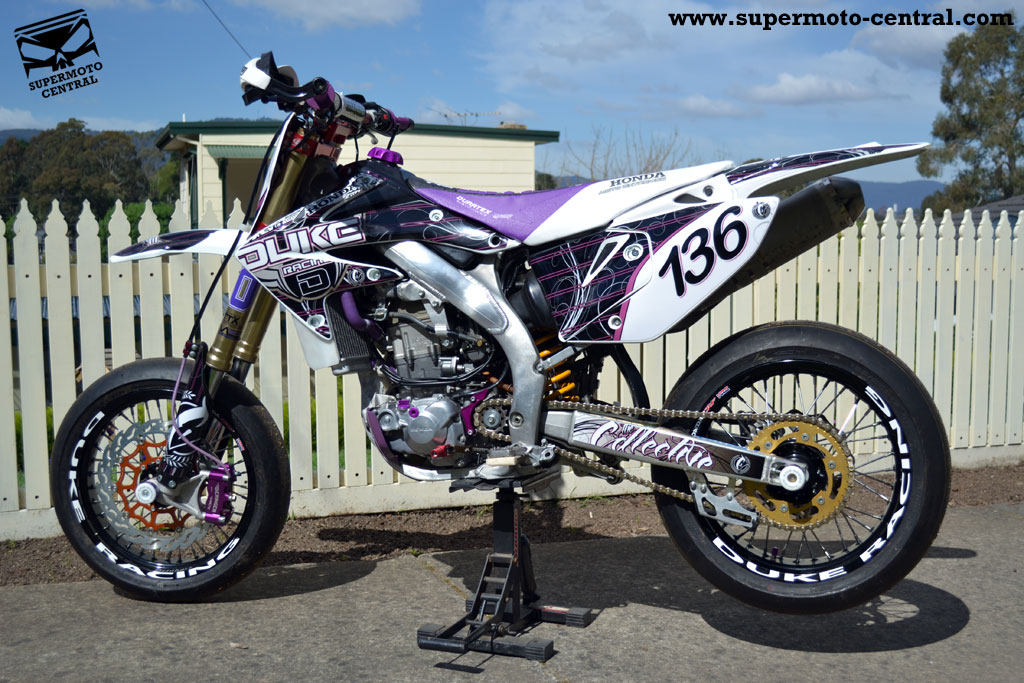 I had a sportsbike and really hated the postition. I found it was uncomfortable and i really didnt like riding it that much. I worked with Matt Olle who had built An Australian championship supermoto bike and he gave me the idea to build a street registered supermoto. We settled on the CRF450X (this is the same original bike) and the rest is history!! This style of bike was far more comfortable for me to ride and after a couple of years riding on the road, I decided to give racing a go for a bit of fun.

When and how did the idea for this project originated?

I raced this bike for a year and then managed to get myself another bike to race. I offered it to my gorgeous wife (Jess) to see if she wanted to come racing.. After a couple of track days she came racing, progressed quite quickly and the need to set the bike up properly for her arose. I started it earlier this year after the engine let go but the wedding and a few other things got in the way, so it was “delayed”. The Bike has been set up purely for jess, from Power delivery to suspension. (and color) 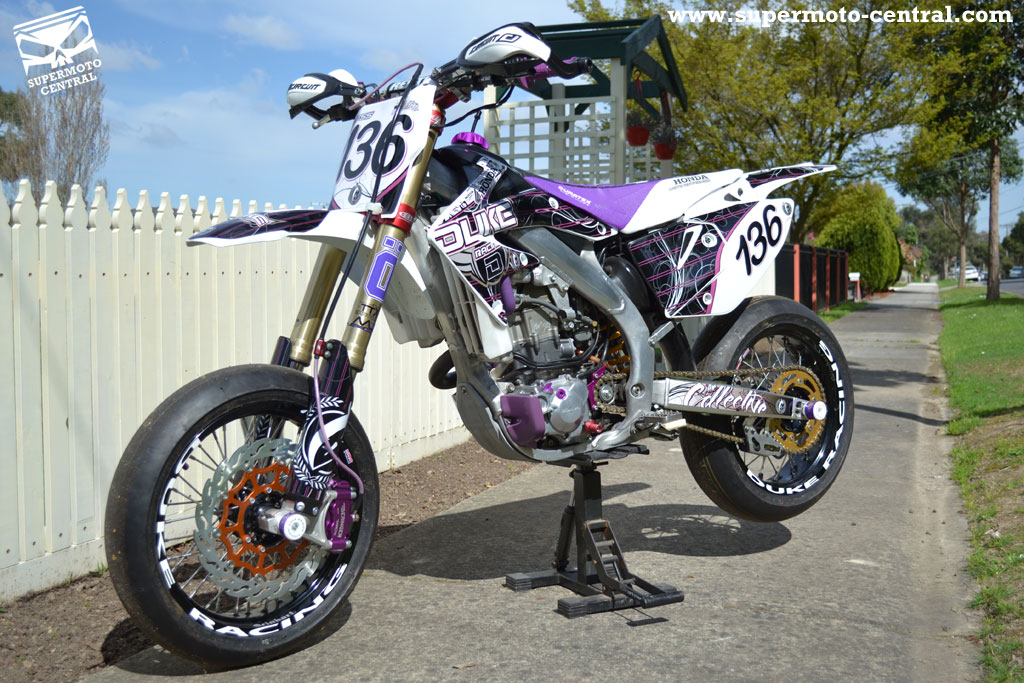 What was your inspiration?

My Wife.. As Jess was getting faster and faster, i wanted to build a bike that would be competitive and allow her to mix it with the guys.. Jess also likes “purple”, but most people probably have that figured... 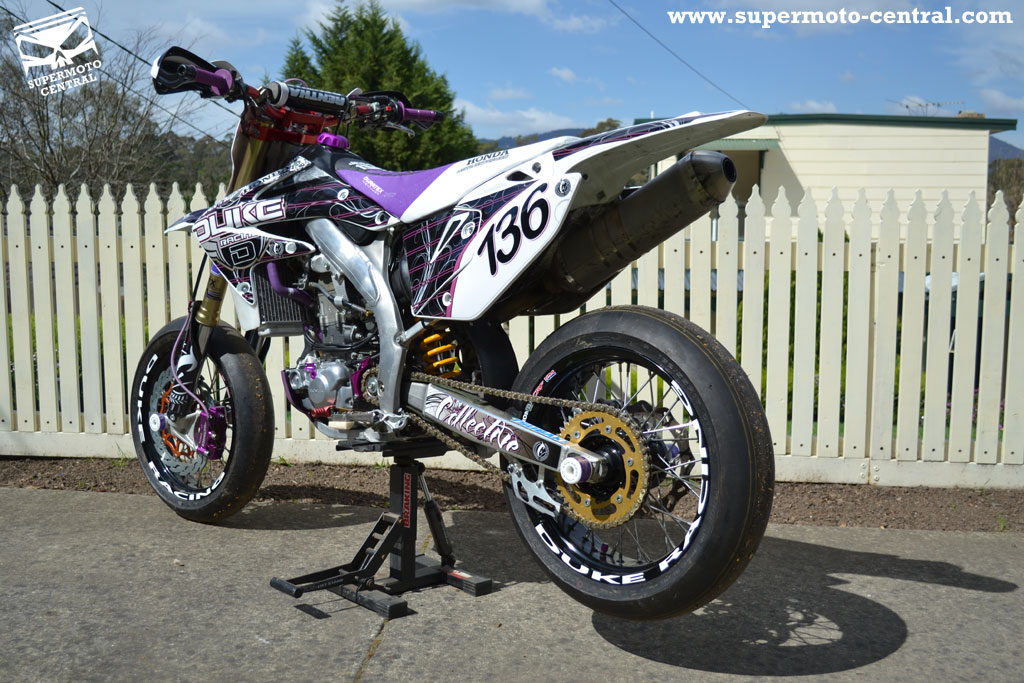 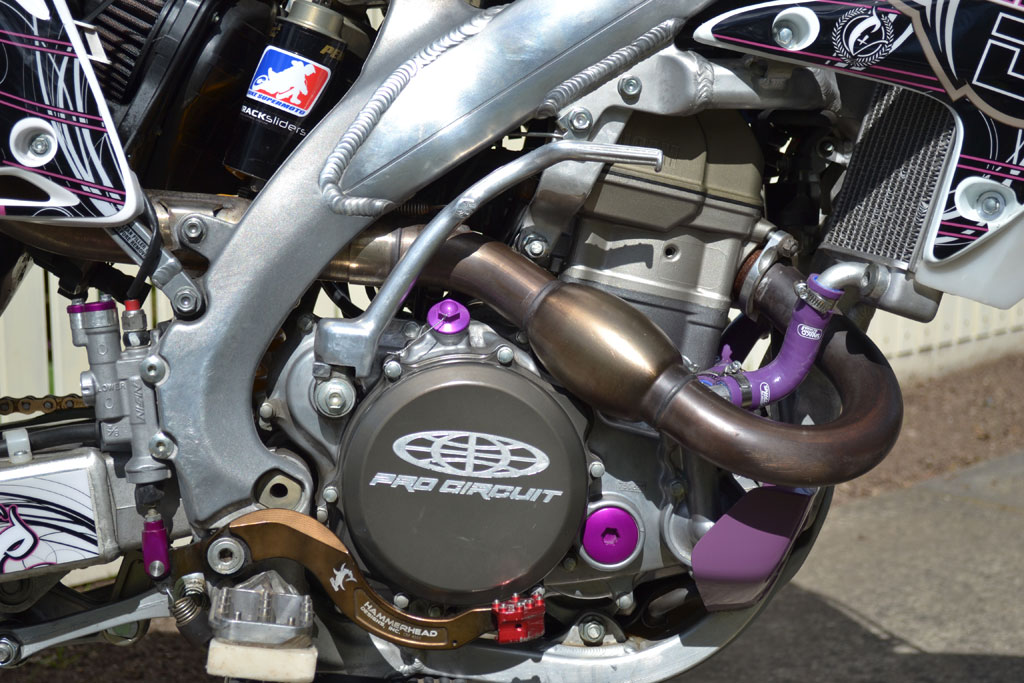 Can you tell us how the build went?

Because I’ve built a few bikes, the build was fairly smooth because i’ve got plenty of Honda experience. The most time consuming part was getting bits anodized purple..

The bike is used for racing with some track days added in for practice. Jess will race it in a couple of series next year. The remainder of this year will be used for testing and “fine tuning”. 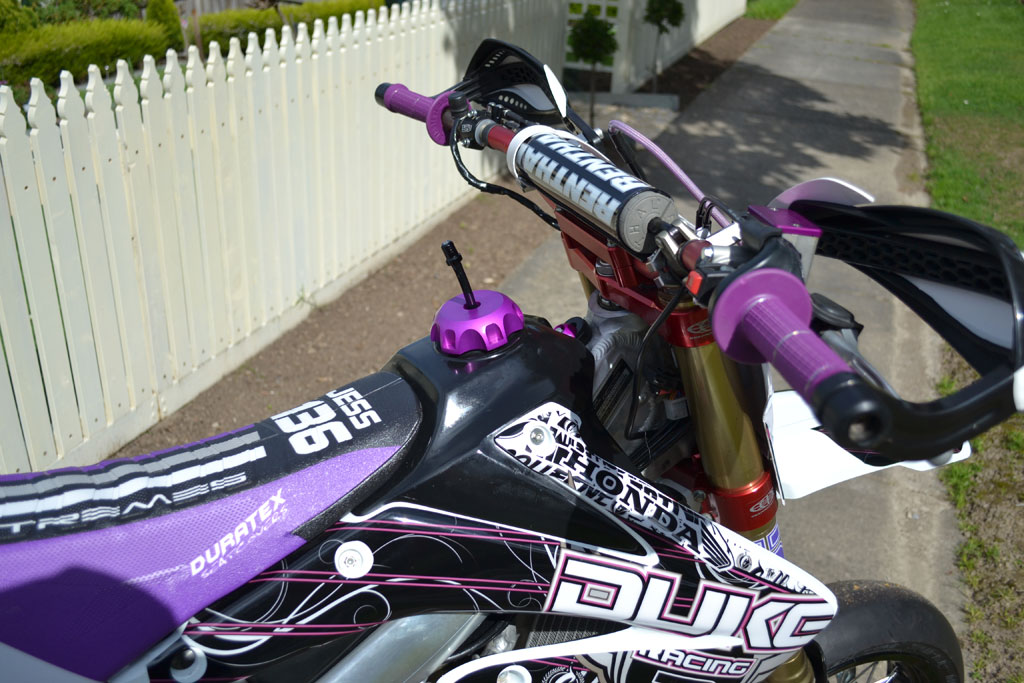 Not the first...I’ve built this one a couple of times previously.. I did an SXV, a Husky and a couple of others...

Sure have.. Now that Jess is sorted, I have to get my bike built!!!! 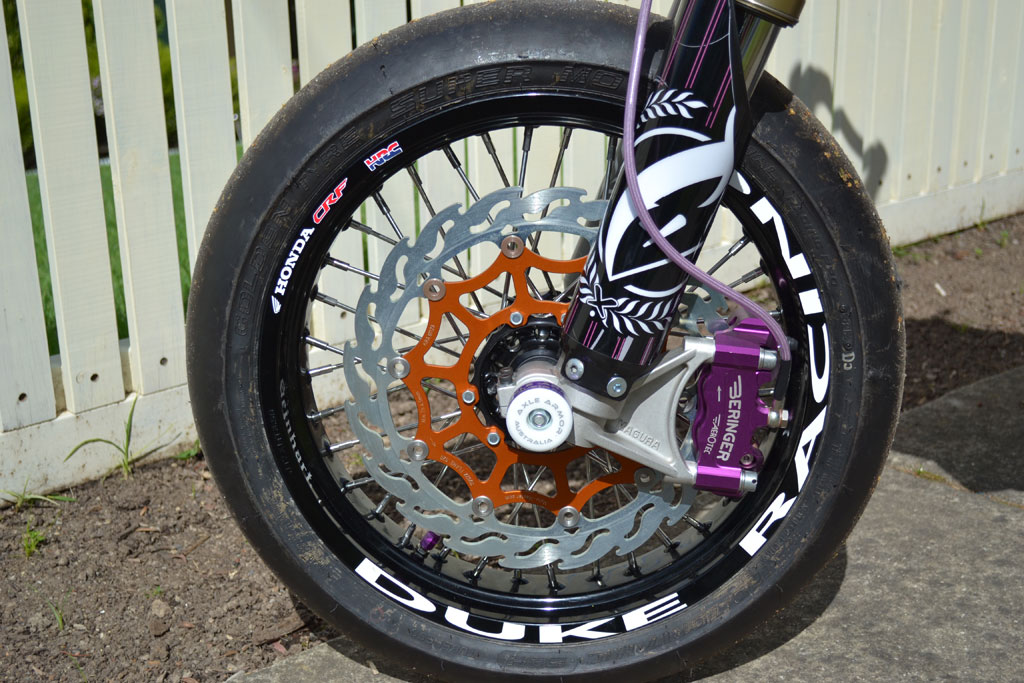 There are plenty of “experts” out there...Ignore most of them!! Everyone has an opinion but its best to do your homework and learn how/why for yourself. And get a torque wrench..everyone needs a torque wrench to put a bike together...

Steve – Race Dynamics suspension (awesome job)
And anyone else i may have forgotten that has helped Duke Racing!!! 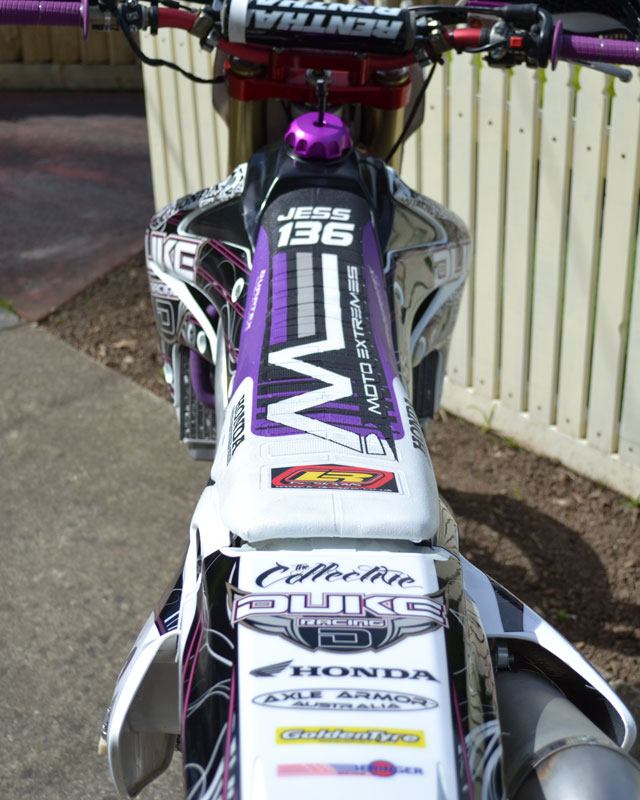