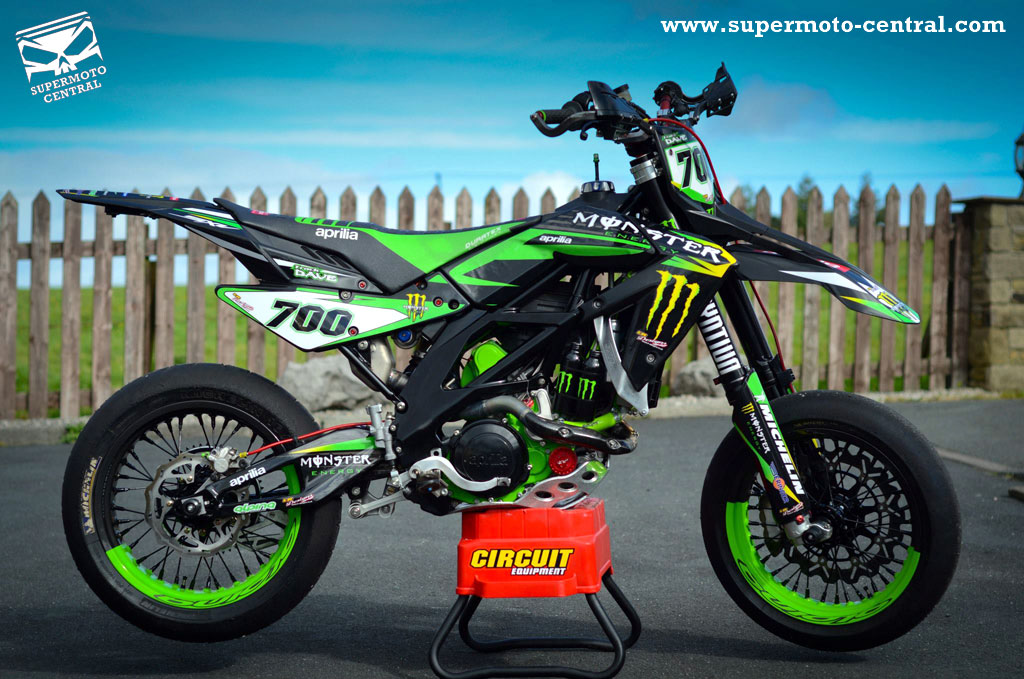 Hi my name is Trackdave from the UK. 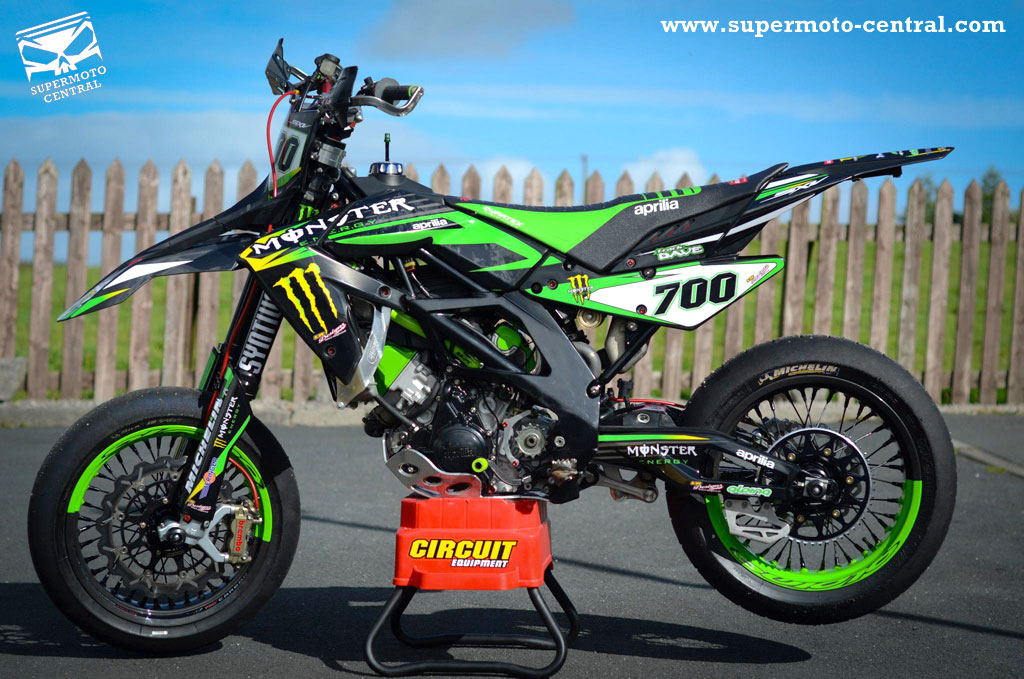 How did you get into supermoto and what do you find so great about it?
I first got into supermoto after getting tired of riding road bikes on the road for fear of losing my license and livelyhood if I ever got caught speeding, so I bought my first sm, a KTM 525. I soon got bored with it as like most KTM`s there just so slow. The best thing for me about Supermoto is probably the people who ride them, I have yet to meet anyone who isn't willing to share a tip or lend a hand when you run into problems. 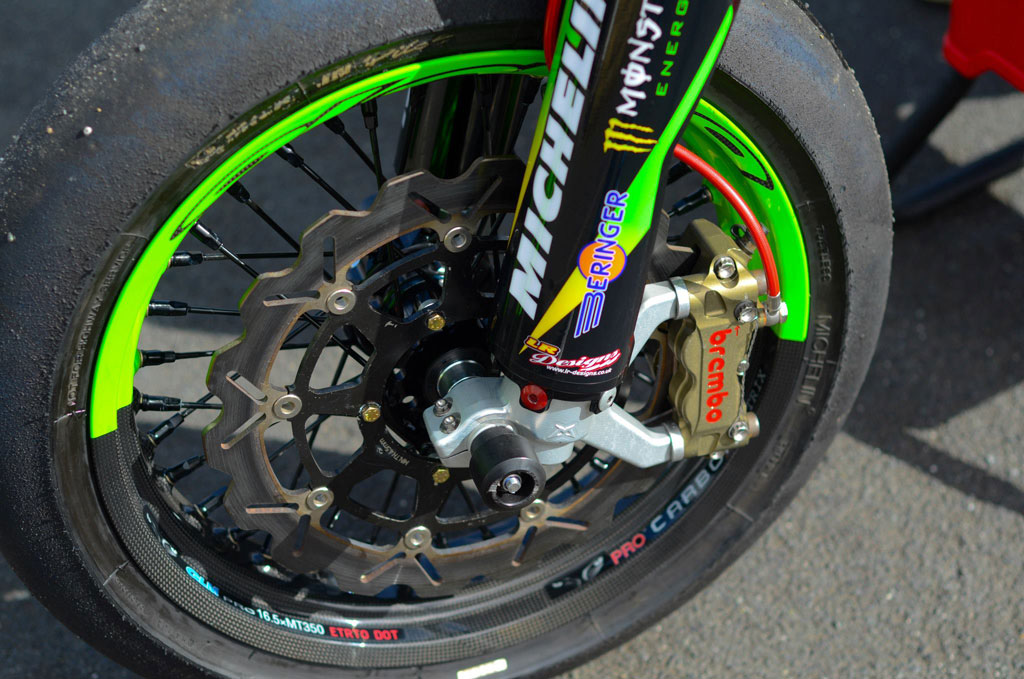 I just love the look, sound and the power of the Aprilia's. I managed 4 laps on the bike before it blew up. This is when i decided to completely strip it down to the last nut and bolt and turn it into something a bit different to the usual red/black colours associated with Aprilia. Finally finished off the build with a set of carbon matrix wheels from Alpina UK. 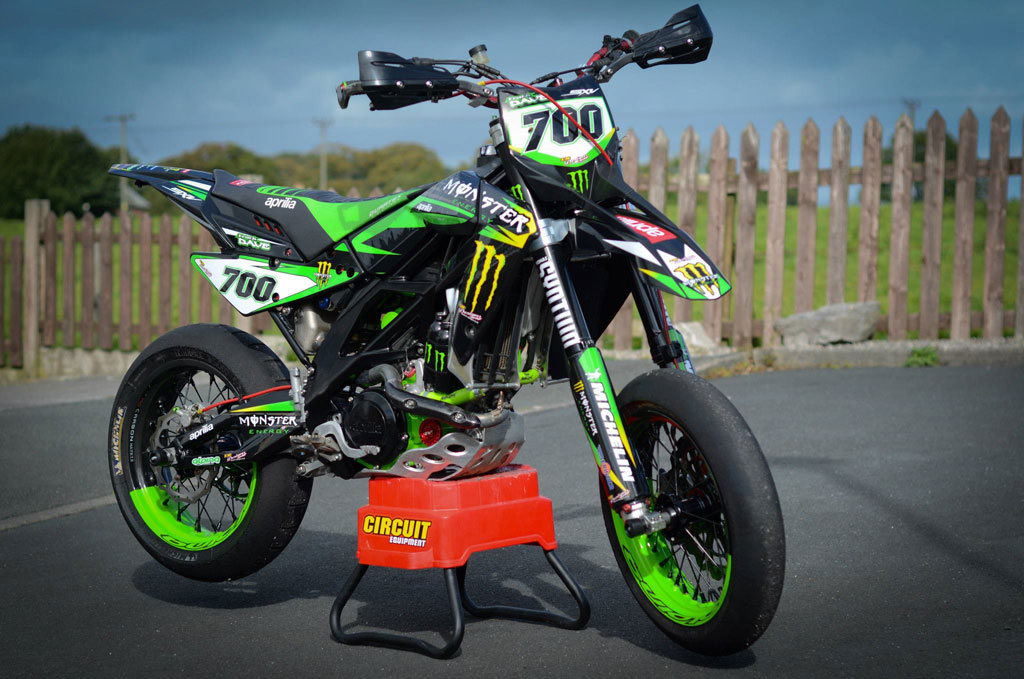 What’s was the base for your project?
The bike is a 2007 450 vdb that I bought earlier this year and it is the 6th Aprilia I've owned but my first van den Bosch Replica. 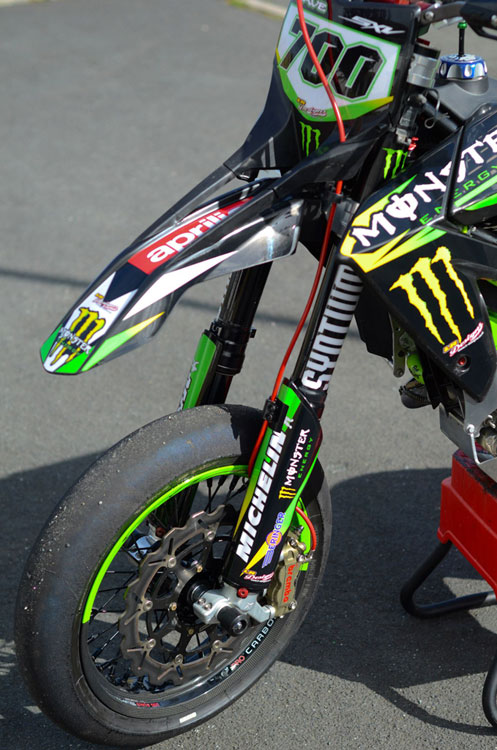 A  guy called Cal here in the UK did all the engine work and paint. LR designs did the graphics and seat cover and I am more than happy how the bike has turned out. 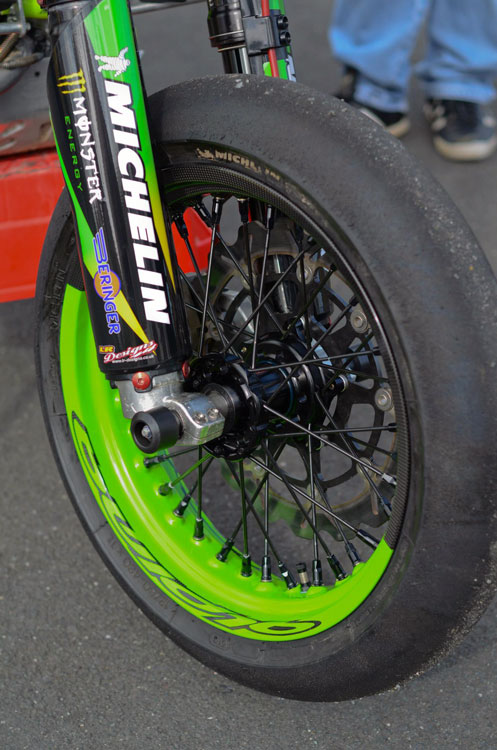 I race in the British Supermoto Championship in the National class.

I have had many Aprilia's, a Suzuki RMZ and I also owned a Husqvarna SM450RR which was also featured on Supermoto Central