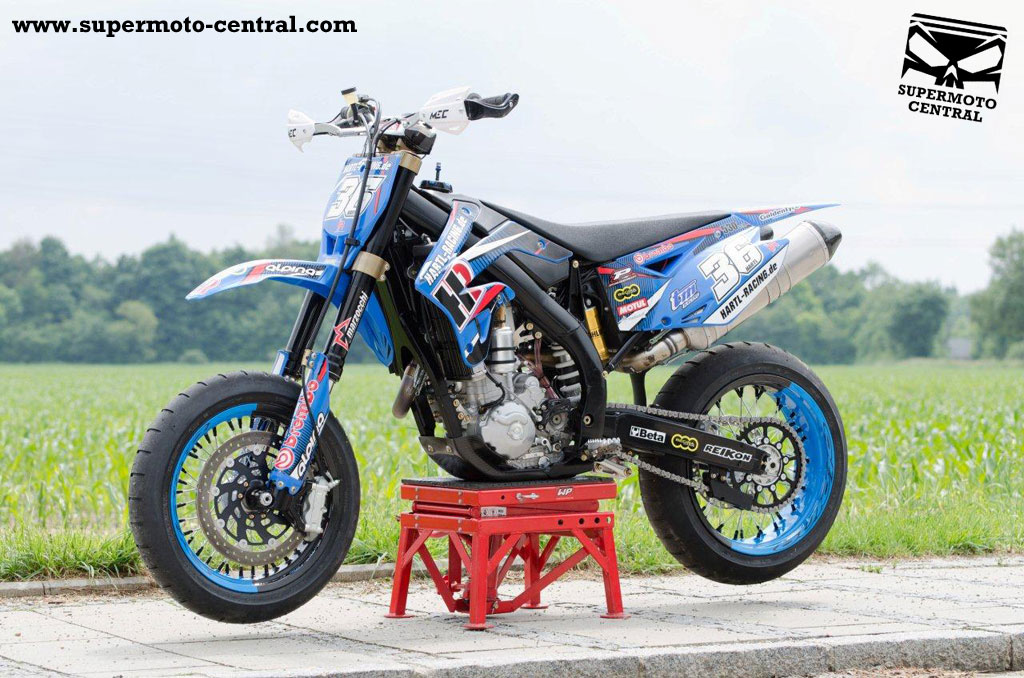 How about a small introduction of yourself to the readers of Supermoto Central?
I'm Matthias Hartl, owner of HARTL-RACING.de from Putzbrunn/Munich in Germany.

How did you get into supermoto and what do you find so great about it?
The first bike I bought was 1995 a Suzuki RG80 Gamma. Than, 1996 I got two older Honda MTX80 - my first bike project was born! I drive many years with different bikes, mostly 1000ccm Racebikes. After a harder crash with my bike, my girlfriend told me not to drive much longer such bikes. So... a few years ago I started with supermoto... 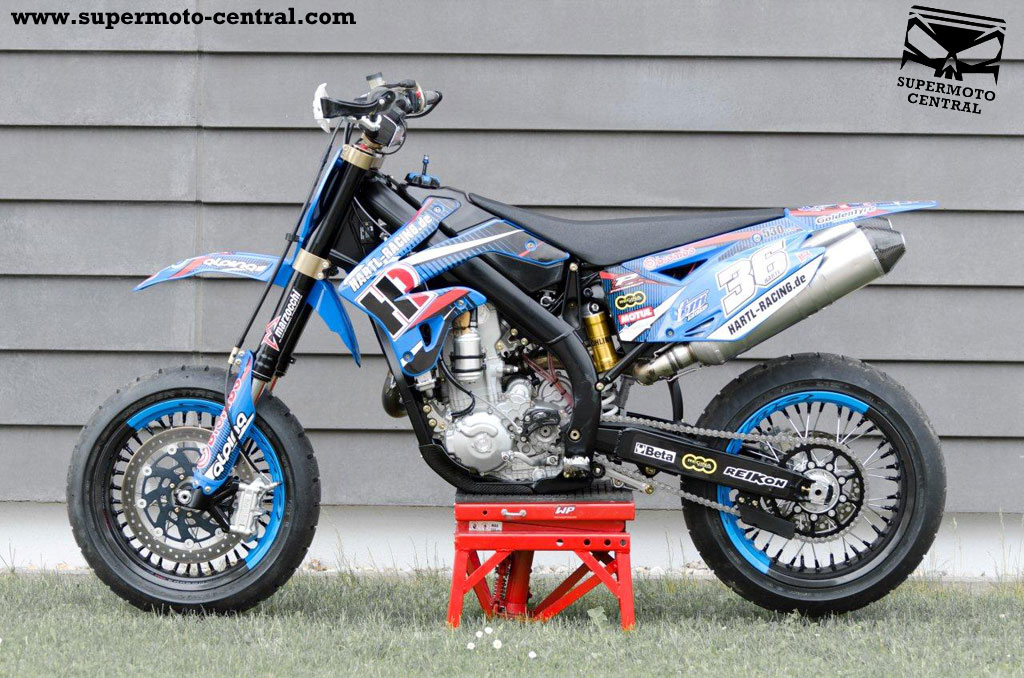 When and how did the idea for this project originated? What was your inspiration?
The bike was ready to race and don't need any modifications... but the winter was long and cold! 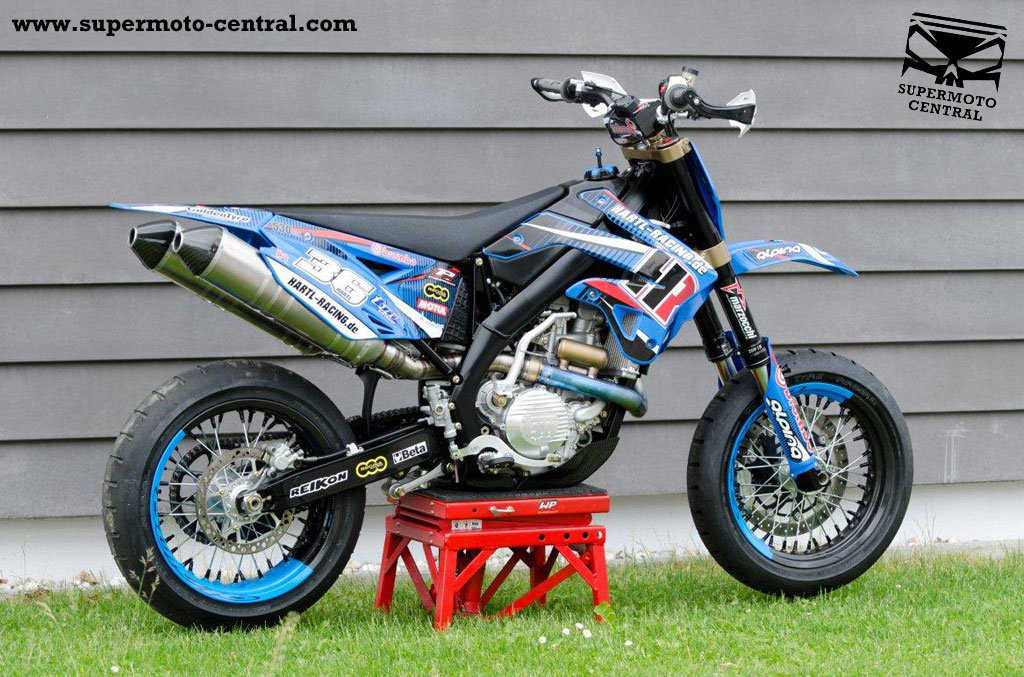 What’s was the base for your project?
I like perfect looking bikes, and I like black alloy frames. 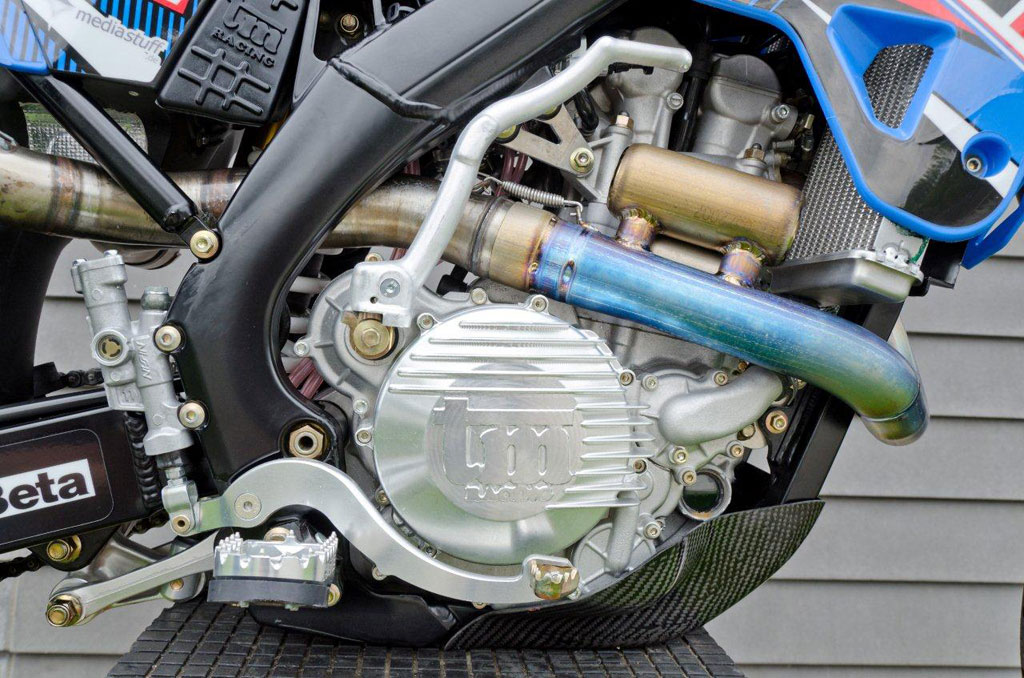 Can you tell us in short how the build went? Did you have any big problems or did it all went smooth?
The only problem for TM is, you can't find so much aftermarket parts! The brakedisk is special production. The Footpegs are converted KTM Footpegs. The rest is no problem! The TM is easy to disassemble and also to assemble.

What do you use your bike for? Do you ride it on the street or just take it to the track once in a while?
Only on track! 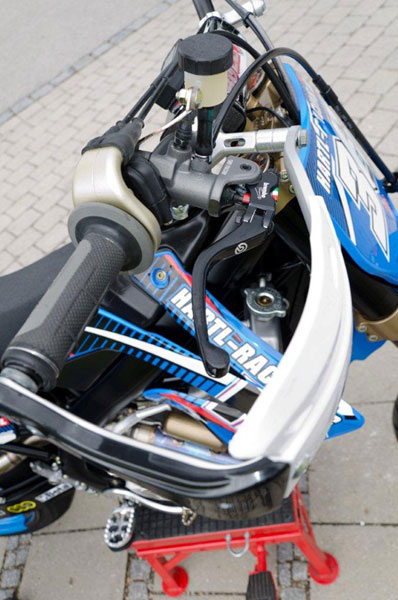 Is this your first supermoto project or did you also build other supermoto bikes?
I build many bikes for my customers... But the TM is the 2nd supermotobike, that I build for my own. The first bike was a 2005 CRF450R. 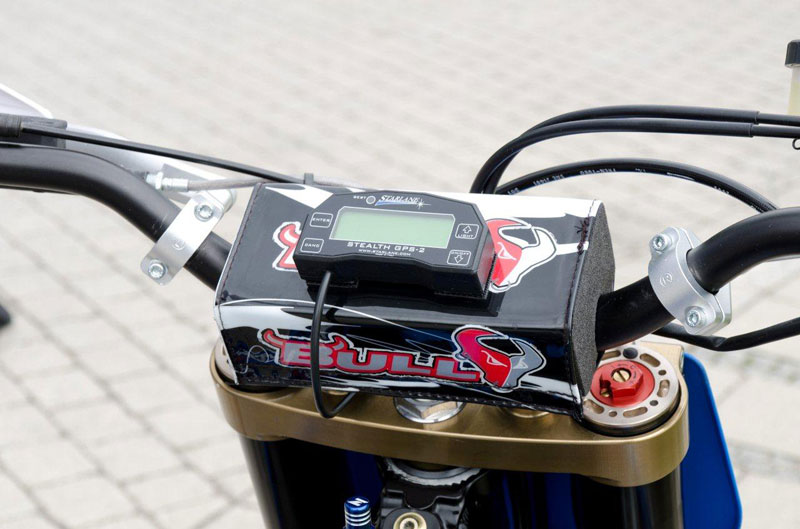 Do you have any plans for another supermoto project in the future?
Of course! 660ccm TM! :-) 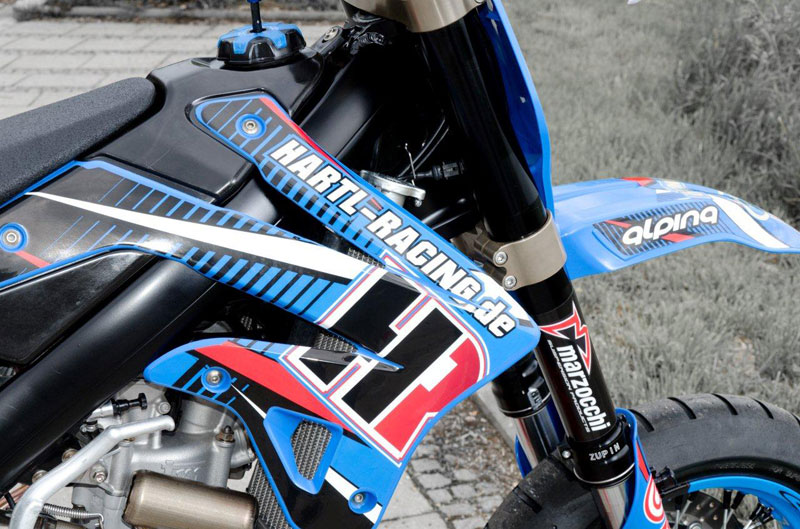 Have you got any tips or advice for people that want to start a project like this?
At first, think about what you like than start your project! 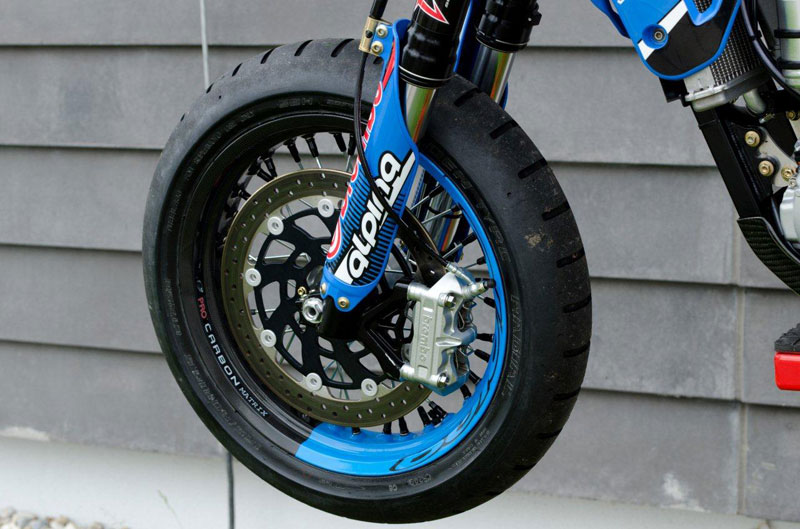