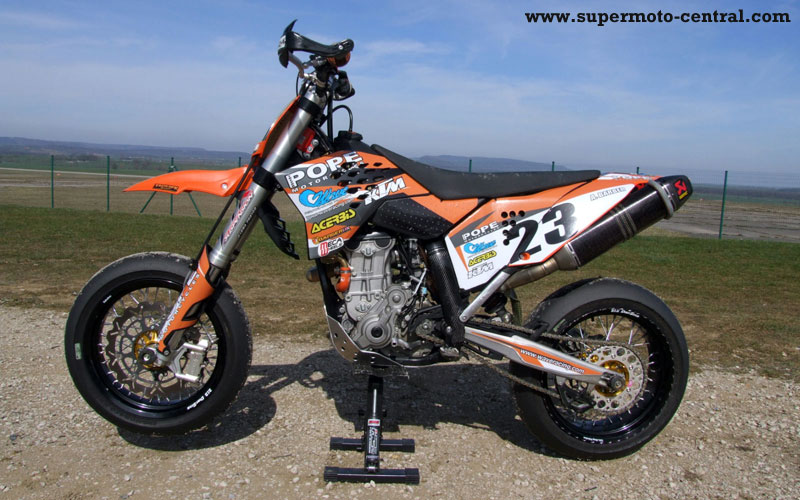 Hi, my names Ashley Barber, im a English Supermoto rider living in Belgium. In 2008 I finished 1st overall in the Belgium National 450 championship with a few trips to the European Championship. In 2009, I had a big goal which was to become the European championship. I got off to a good start and after the first round in Italy I was 3rd overall, the second round was a home race in England at Mallory park, in qualification I had pole postion for over half of the session. Trying to get a fast lap in, I came across a slower rider and from what I remember, I landed on him over the triple and ended up breaking a bone in my shoulder and dislocating it, blurry memories of that one. This crash put me out of the 2009 season. After training hard and preparing for the 2010 season, I had the same goal. This season got off to a bad start. My first championship round was in Holland at Lelystad, where I ended up in a big start line crash and broke my hand. This once again put me out being a championship contender. Now the 2011 season is here I am more confident than ever, got an amazing bike, team and supporters. Got a good training routine, on and off the bike. Although this year I will not be competing in the European championship, I will be riding in the full Belgium championship, appearing in the Holland, British and possibly some of the German and French championships rounds. I will also be riding in the Belgium Motocross championship. My goal this year is to win, win, win. 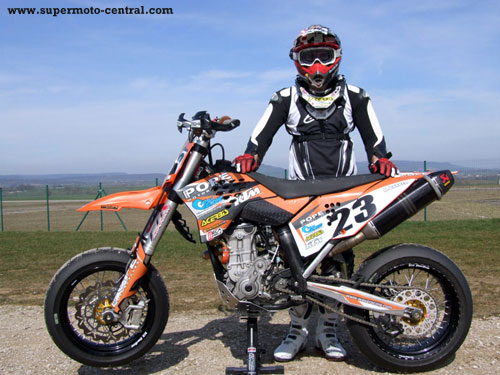 It was all to do with my Dad, he used to do Motocross and after a few injuries he moved over to Supermoto. After many years of watching I really wanted to give it ago, so at 15 I tried it out for the first time, not doing any Motocross or really riding a bike before everything was new. Got on well with riding and started to pick things up quickly. My first championship I raced in was the Southern Supermoto championship, Holland Euros championship and the Belgium Espoir (125-250 class) championship.

We really wanted something special with this bike, not only to have an amazing looking bike; we wanted the performance to unbeatable. We did not really get any inspiration from anything; we wanted it to be unique, to get this we used our own ideas and designs to make it stand out. 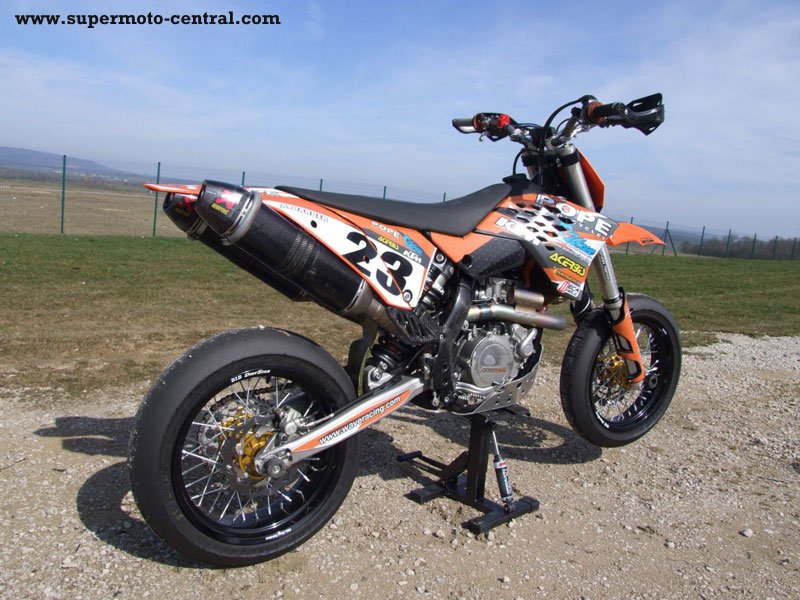 We had a testing phase with almost all the parts we use, a lot of the parts like engine work, exhaust and performance parts where all done by my sponsor, Trevor Pope Motorcycles. He has helped a lot and made everything go smooth without any problems. One small problem of ours was getting the quick shifter working perfectly. But after some changes, everything is perfect. 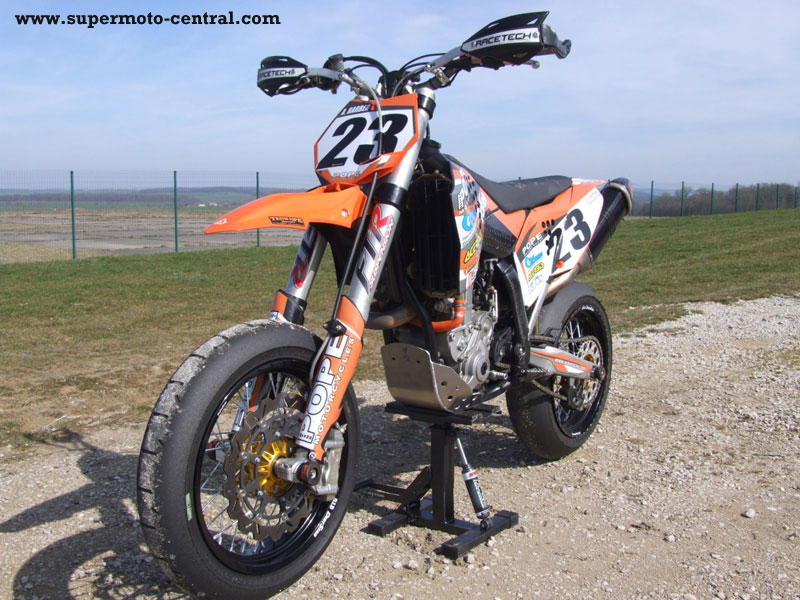 I use my bike for racing and training.

This is our first KTM project for many years. After many seasons on a Suzuki, we made a big change to KTM, and with any new bike it takes a while to adjust. But we now have a perfect bike, could not of hoped for it to go any better. 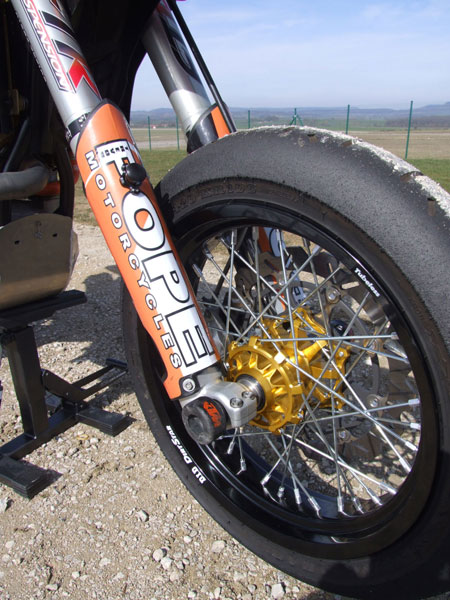 I have no plans for a new project at the moment, I am so happy with the KTM I have at the moment; there are very little things that we could do to improve it. Just some small ideas for the future but nothing major. 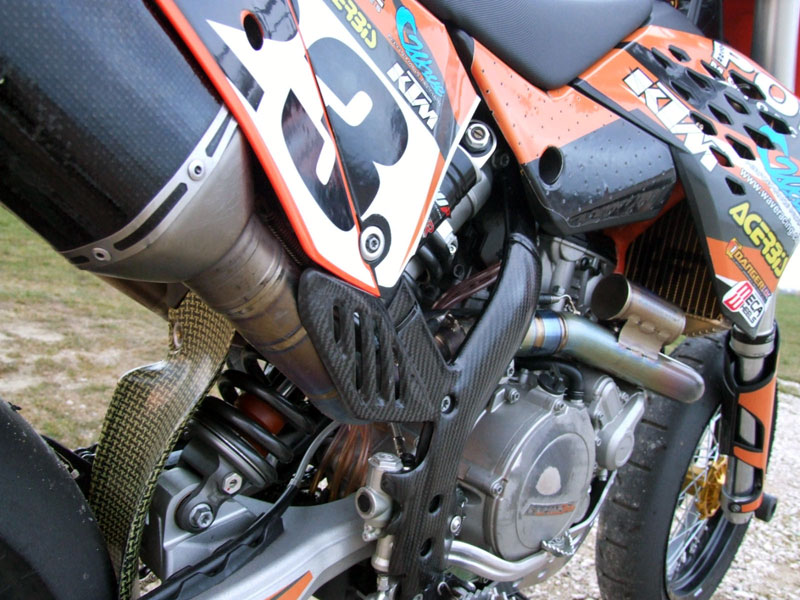 Just a little bit about the bike 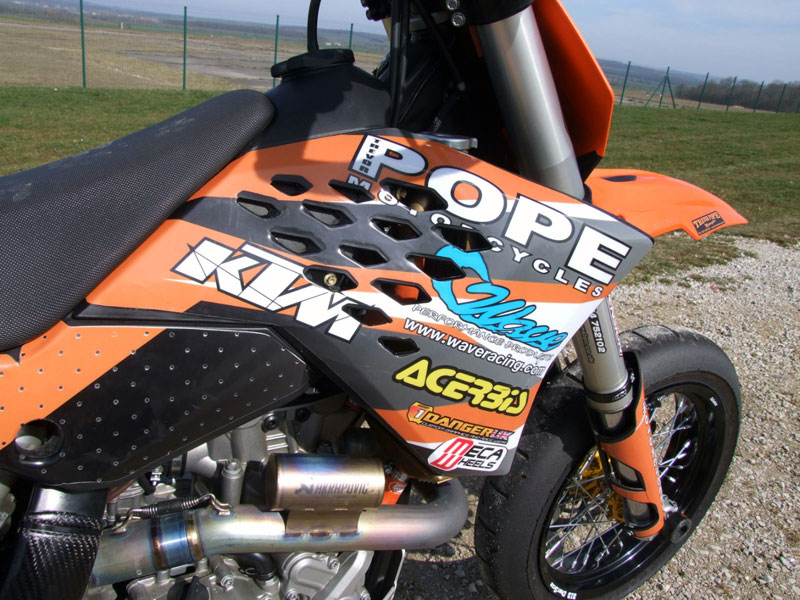 Thank you to all my sponsors and supporters

Thank you everyone for all you support and help for the 2011 season, I am very grateful and appreciative. I will not let you down. Special thanks to: 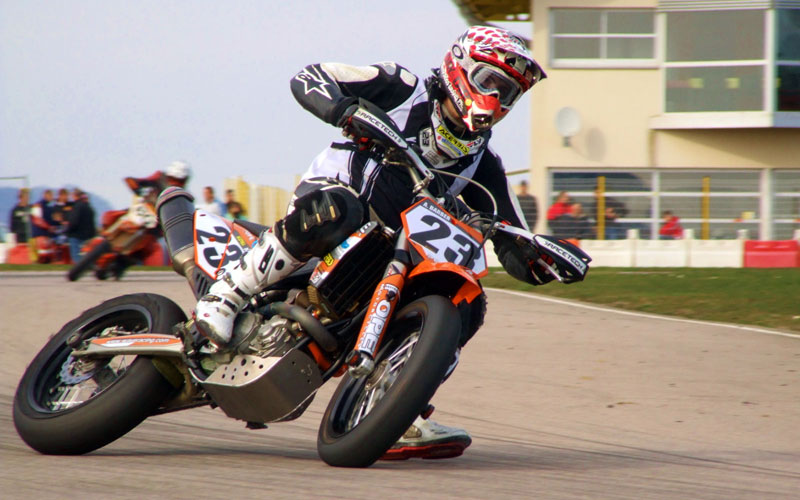 You think your bike is special enough to be featured on Supermoto Central? Just This email address is being protected from spambots. You need JavaScript enabled to view it. and it just might happen!