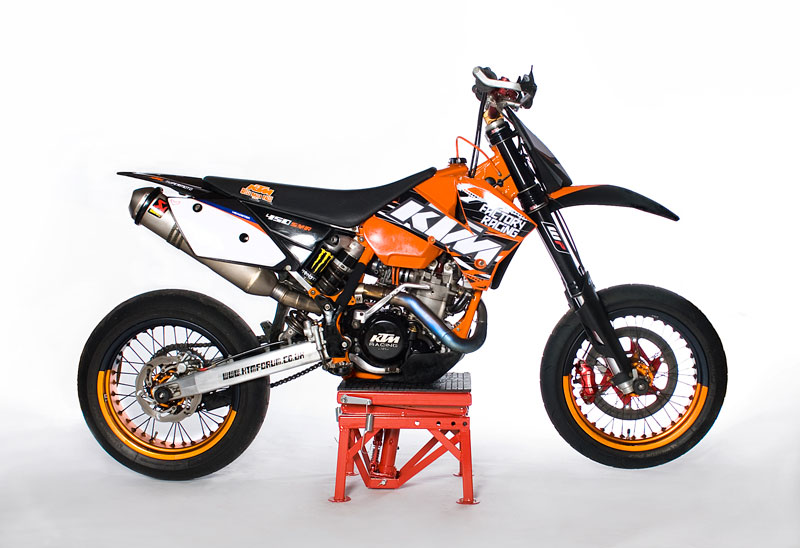 I had a 2002 Yamaha DT125 as my first bike, and loved it. Browsing websites like bikepics I saw alot of greek and spanish guys were putting SM wheels on their bikes. I sourced a set of Hubs and Rims and laced my very own SM wheels.

From there I got a DRZ400SM and modded that a fair amount before moving onto this KTM.

The best part of supermoto for me is the smile you get after riding it. It always finds a new way to surprise and amaze you.

When i bought the bike, it was completely orange. Orange Frame, Orange Plastics. It was too much for my taste, so pretty much from day one I was looking at things i could change. 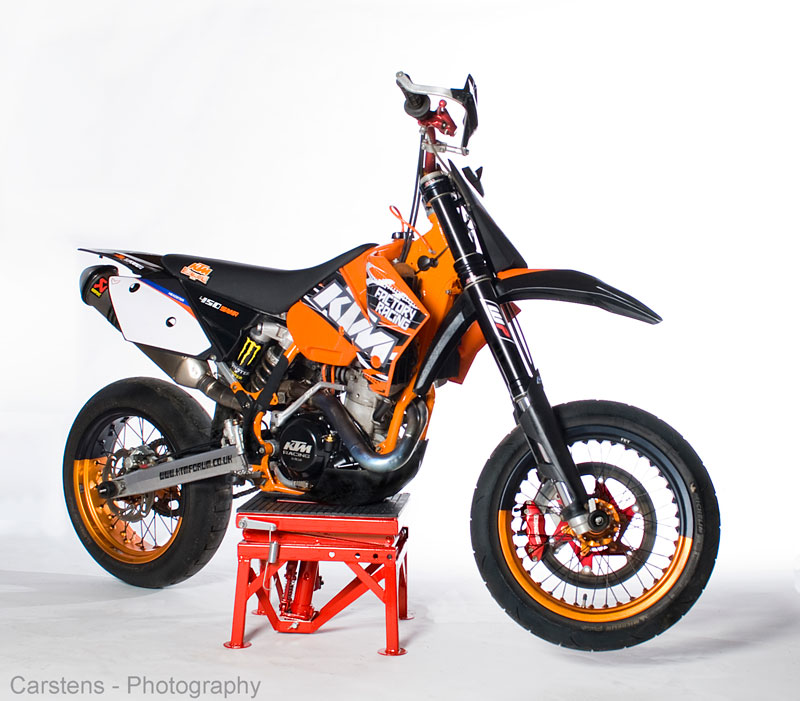 What’s was the base for your project?
Simply, I just wanted to make my old bike look clean and perform reasonably well on track.

Can you tell us in short how the build went? Did you have any big problems or did it all went smooth?
Biggest problem as with most things is cash flow, or lack thereof. Its taken so long to get where i wanted purely because of the funds required. There is still a way to go, as I'm in the process of putting together a special engine for it.

What do you use your bike for? Do you ride it on the street or just take it to the track once in a while?
It is road registered, but i've gone off road riding as I ride more and more trackdays. When it does see the road its 80% offroad in deep mud, which is great fun on slicks. Trackdays for me are now the most fun, and it would appear that this year racing might well be on the cards. 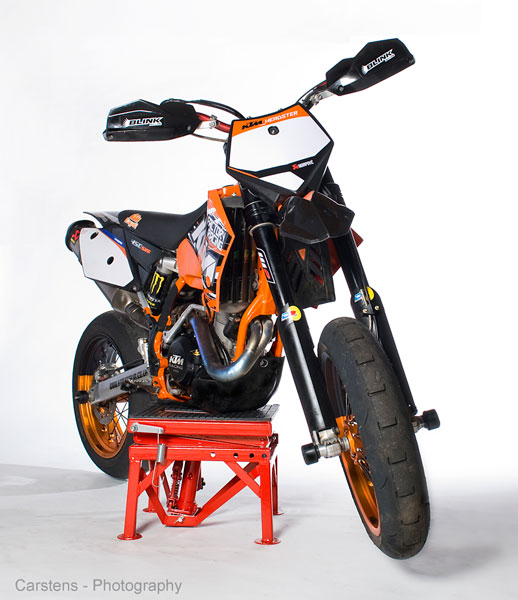 As previously mentioned i've built others, but the KTM is no the bike i've owned the longest, so its had the most work done to it.

Do you have any plans for another supermoto project in the future?
I do indeed, but that is currently top secret. Watch this space.

Have you got any tips or advice for people that want to start a project like this?
Photoshop is your friend. I've photoshopped mine countless times, wondering what different parts would look like, and in the long run i think it saved me a large amount of money as I can get it look right first time. 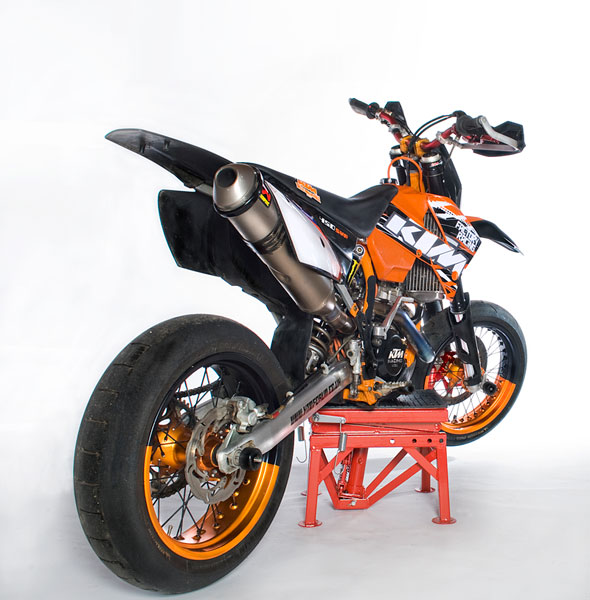