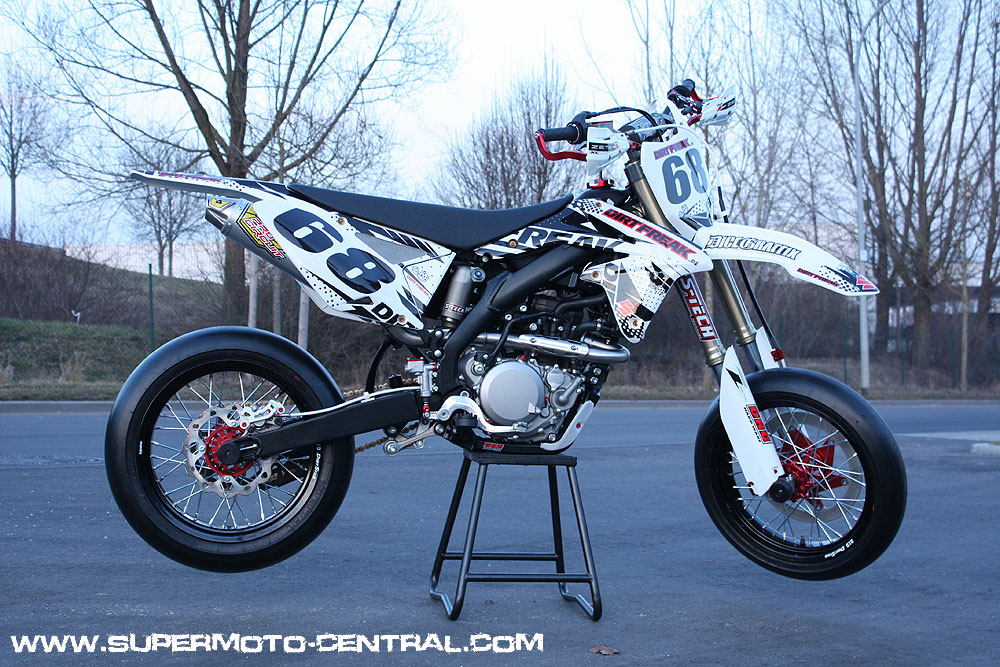 My name is Frank, I'm from germany and work in a Suzuki motorcycle shop.

I got in contact with the supermoto-virus in 1995, when our mx-club was involved in a local race here in town...the slides, the show, the scratching footpegs, and the style of these bikes where burned in my brain.

The next year I started in my first race. 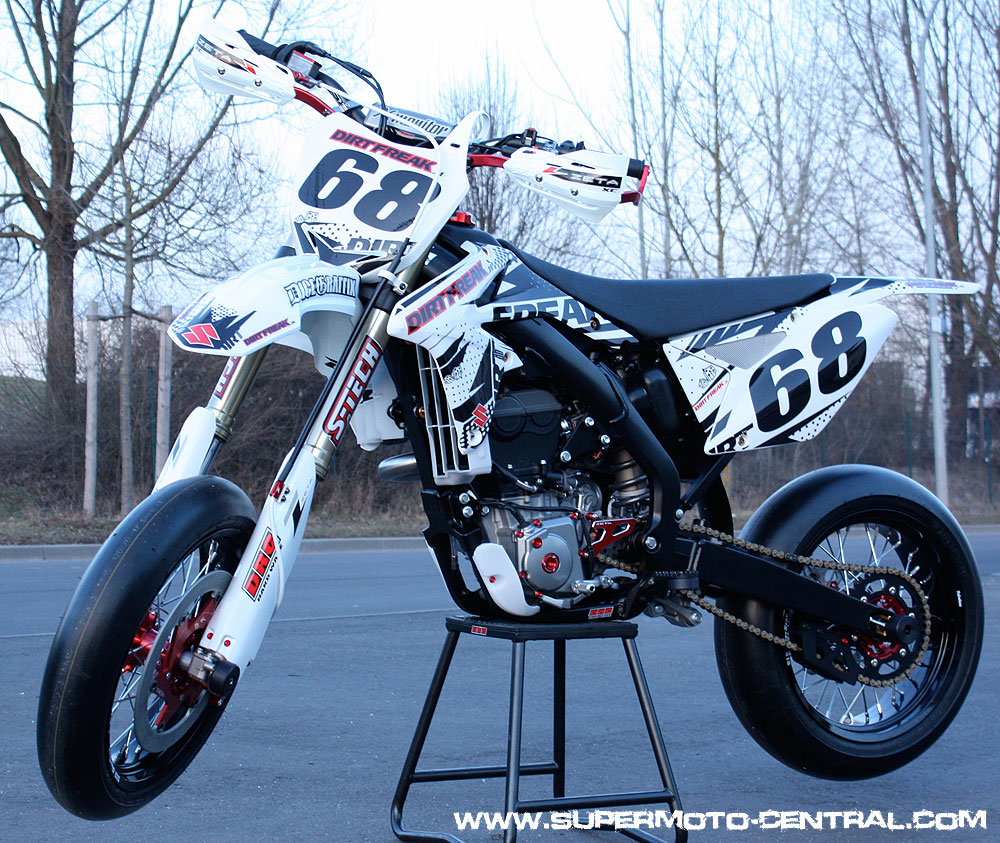 When and how did the idea for this project originated? What was your

After my change from KTM back to the Suzukishop, it was clear for me, that I wanted to ride on "yellow" again.

The main idea behind this project, was to create a bike on witch we could present the productrange of DIRTFREAK.de In corporation with my boss, we connected several distributors and I began to draw a pic in my head...the result, speaks for its own...

Can you tell us in short how the build went? Did you have any big

problems or did it all went smooth?

The build took about three months, from early november to end of january...so that cristmas was a big problem.

What do you use your bike for? Do you ride it on the street or just

take it to the track once in a while?

It is not streetlegal, so it will be used for track days only... 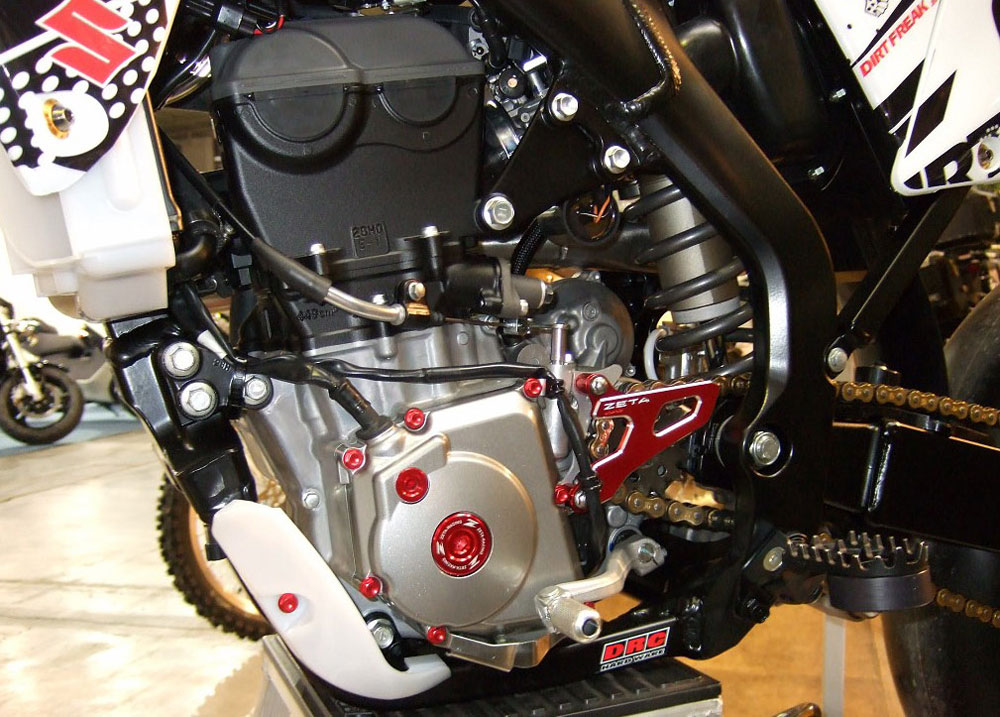 Not jet...at least after these winter I want to take my new baby out for some wilde rides ;-) 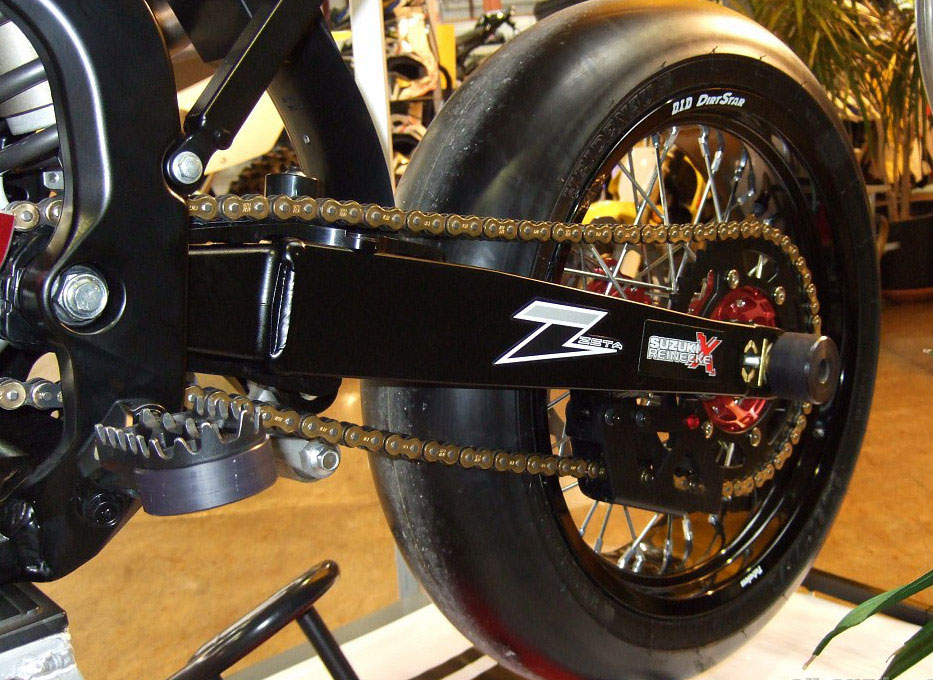 And sometimes less is more ! 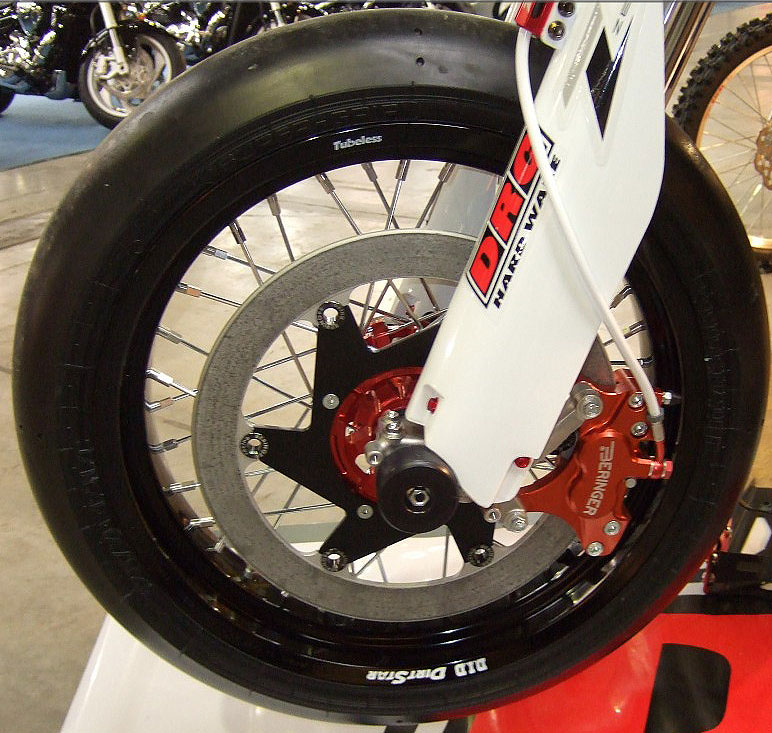 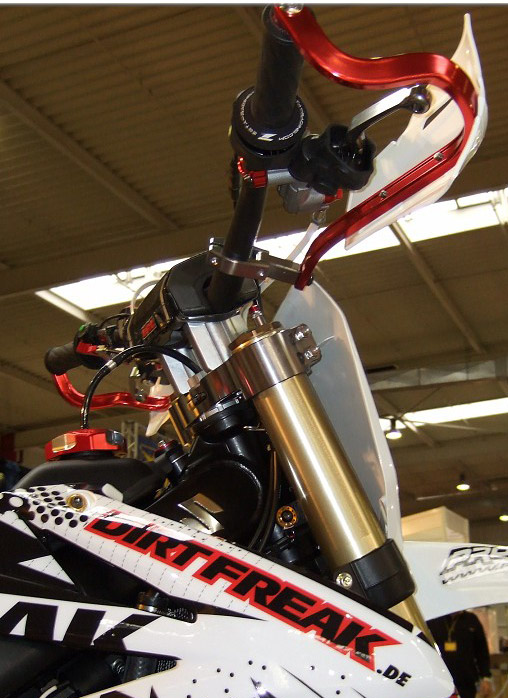