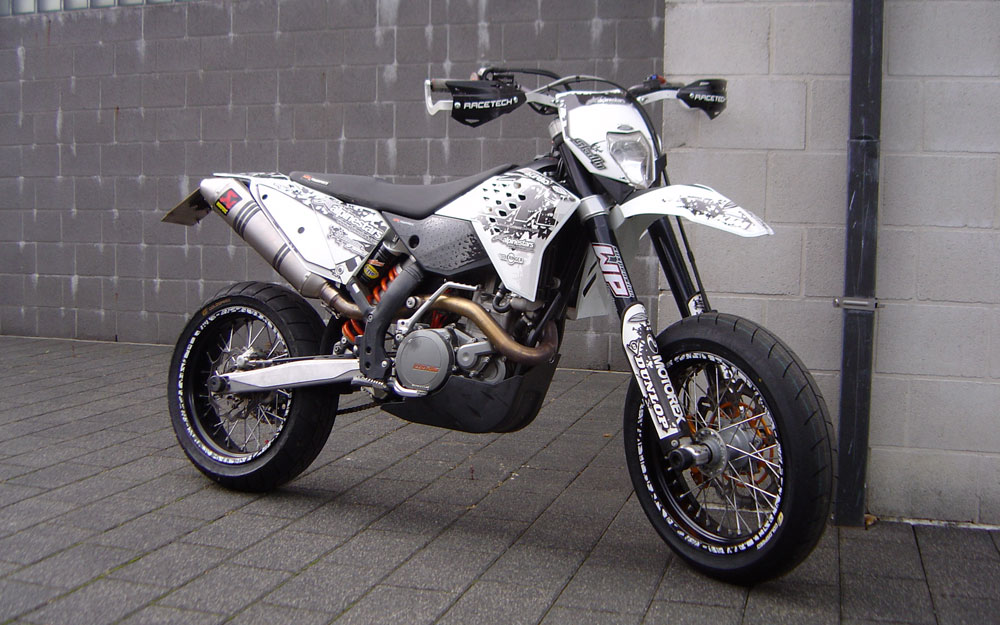 My name's Lieven, nickname Skully and I live in Belgium.

The supermoto virus started manifesting when I got into mopeds, my first "bike" was a derbi senda which I rode for 3 years. After that I was hungry for a real supermoto so I got my bike license and bought a converted ktm 450 exc. I'm not a big fan of high speeds so sportsbikes and the such to me are nice to look at but I'd never buy something like that. I'd rather take something agile that you can play around with and that's pretty much what supermoto is all about. 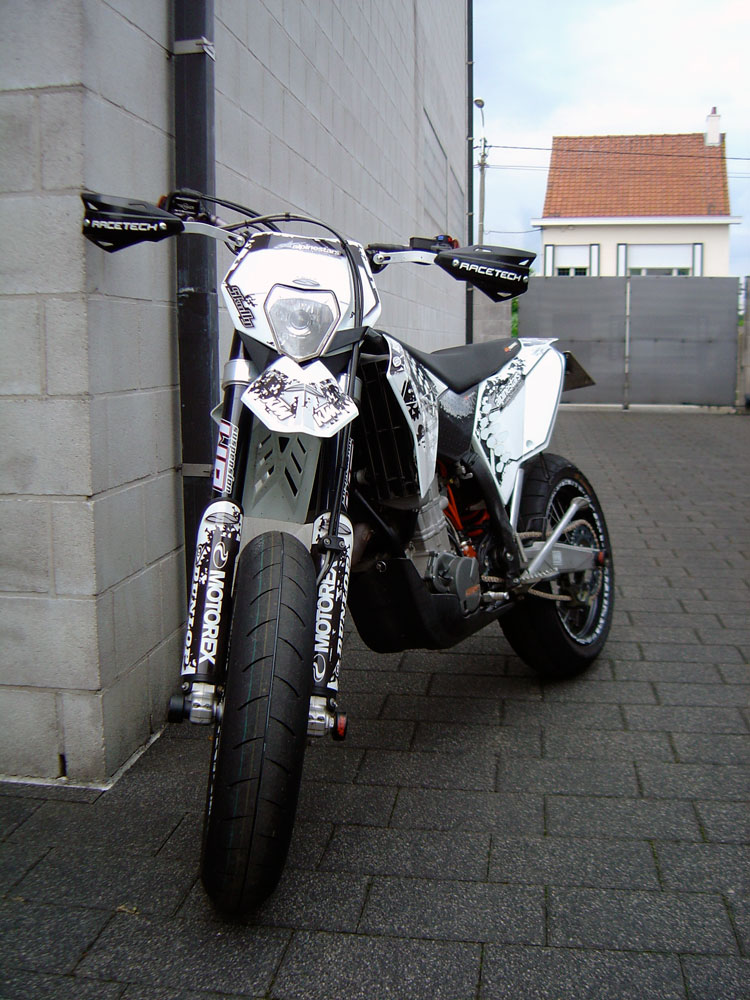 I wouldn't so much call it a project but you know how it goes. You get a bike, start adding parts here and there and before you know it you're further away from stock then you thought. I did want to go a little further than the simple wheels and brakes conversion. 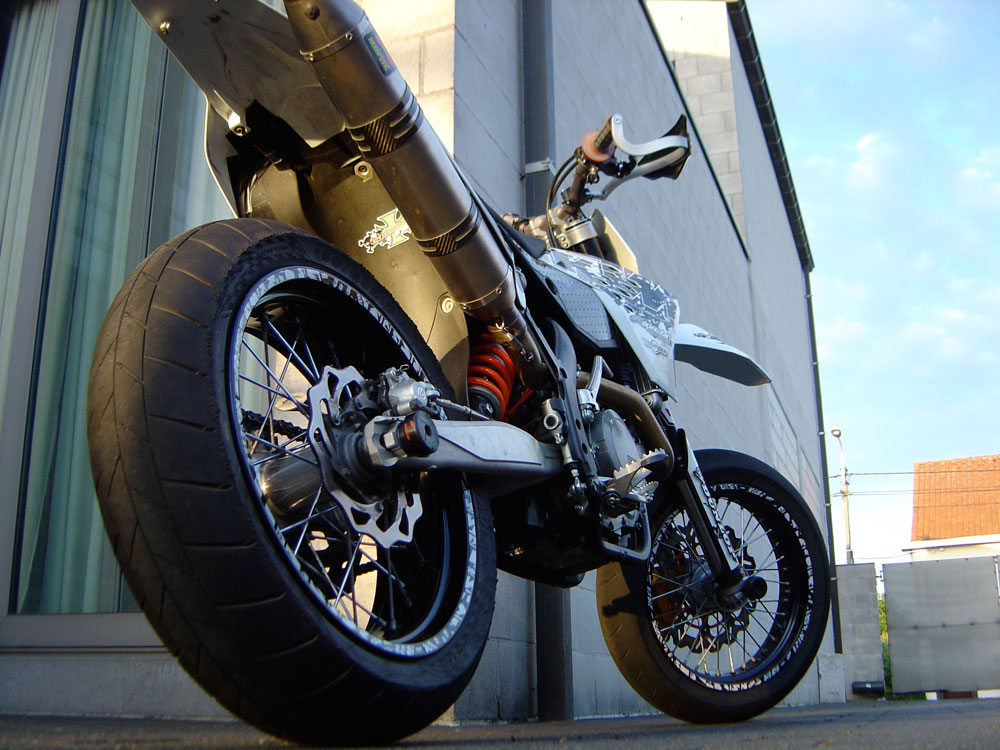 Mostly street riding with the occasional trackday thrown in. 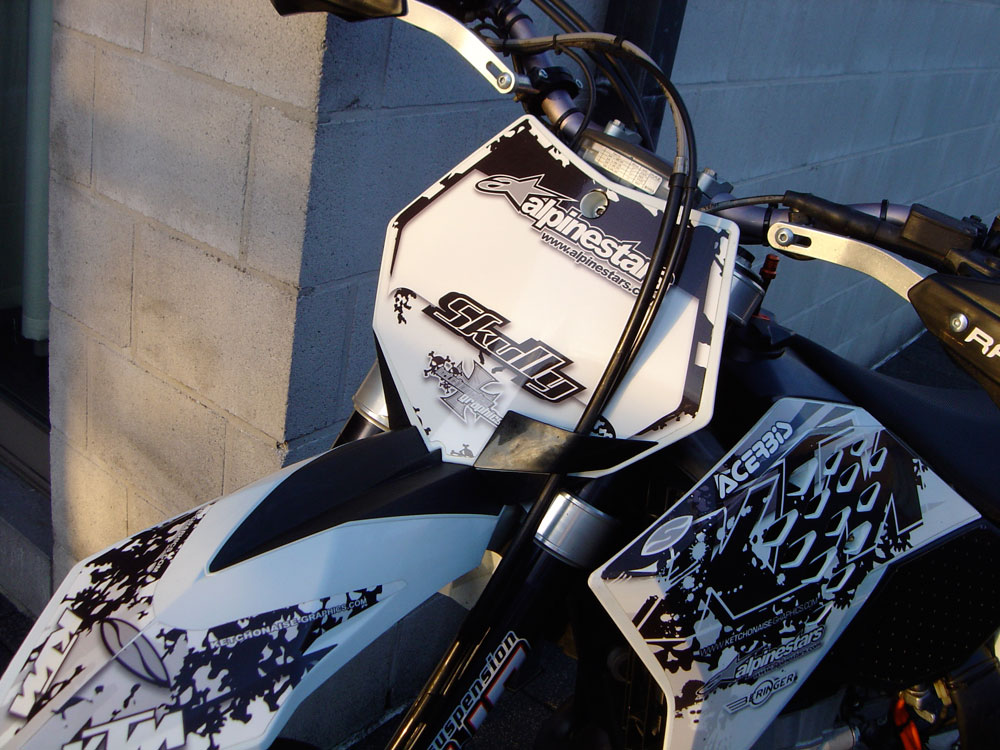 like I said my previous bike was a 2005 450 exc converted to supermoto, nothing special but it served me well for just over 3 years, very fun bike and reliability wise it never gave  me any headaches. I managed to gather just under 25000 km before I made the switch to the next ride.

Not really, the current bike has got to last me a couple more years, then who knows. 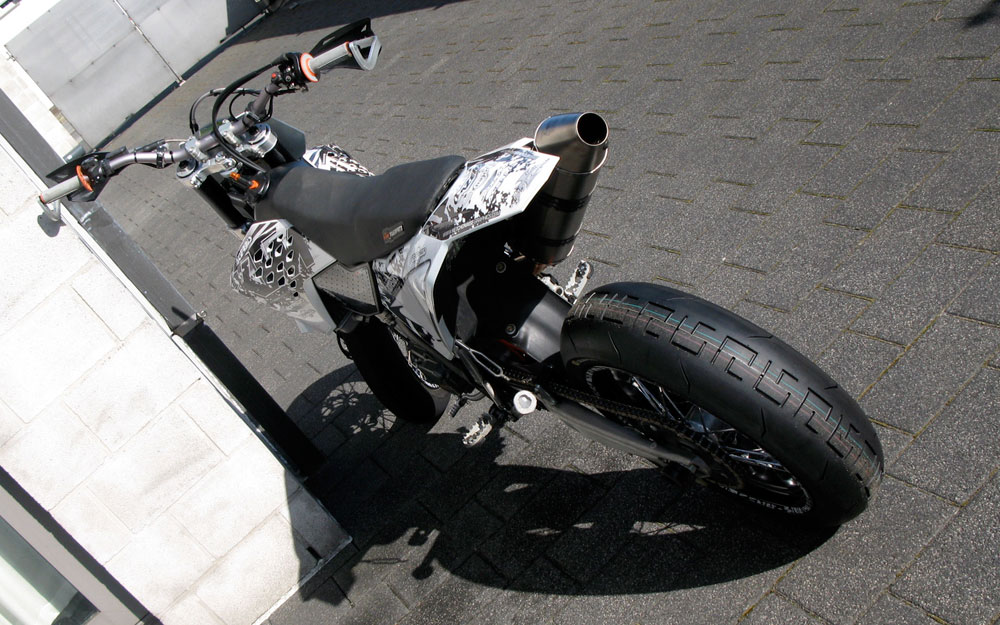 everyone can convert a bike to supermoto if you can handle a wrench. I still think building your own bike is more fun then buying an out of the box model because you can use whatever you want for your build, might be a little more expensive but I think it's worth it. 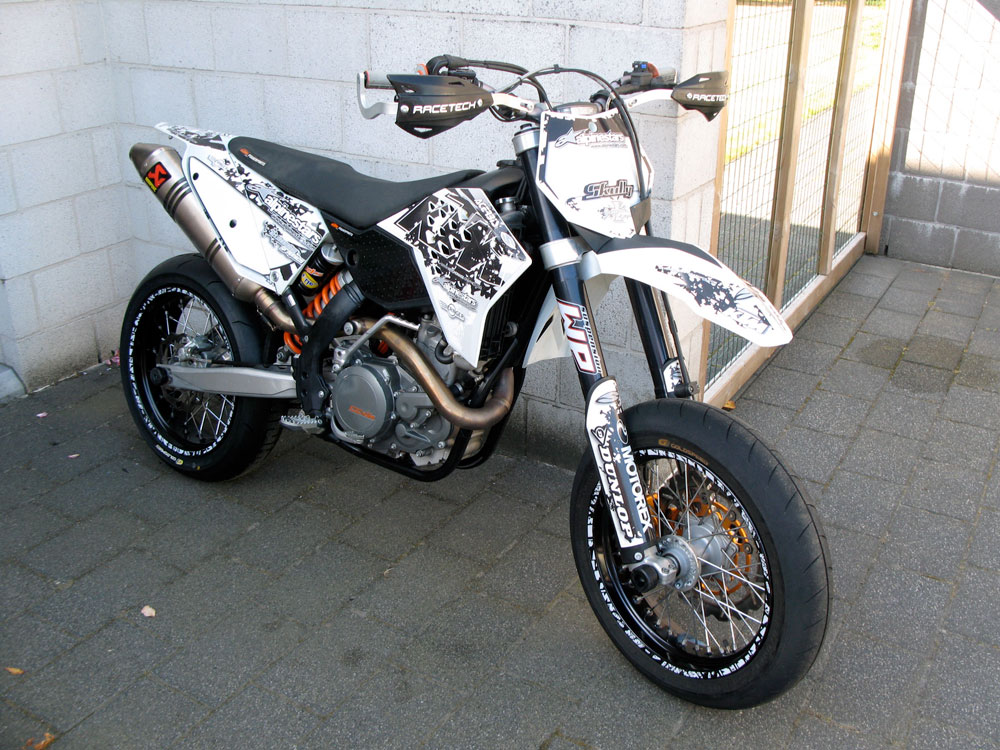 Further info about the bike:

Stock except for a Akrapovic Exhaust System

stock White Power suspension rebuilt by EMC37 for supermoto use