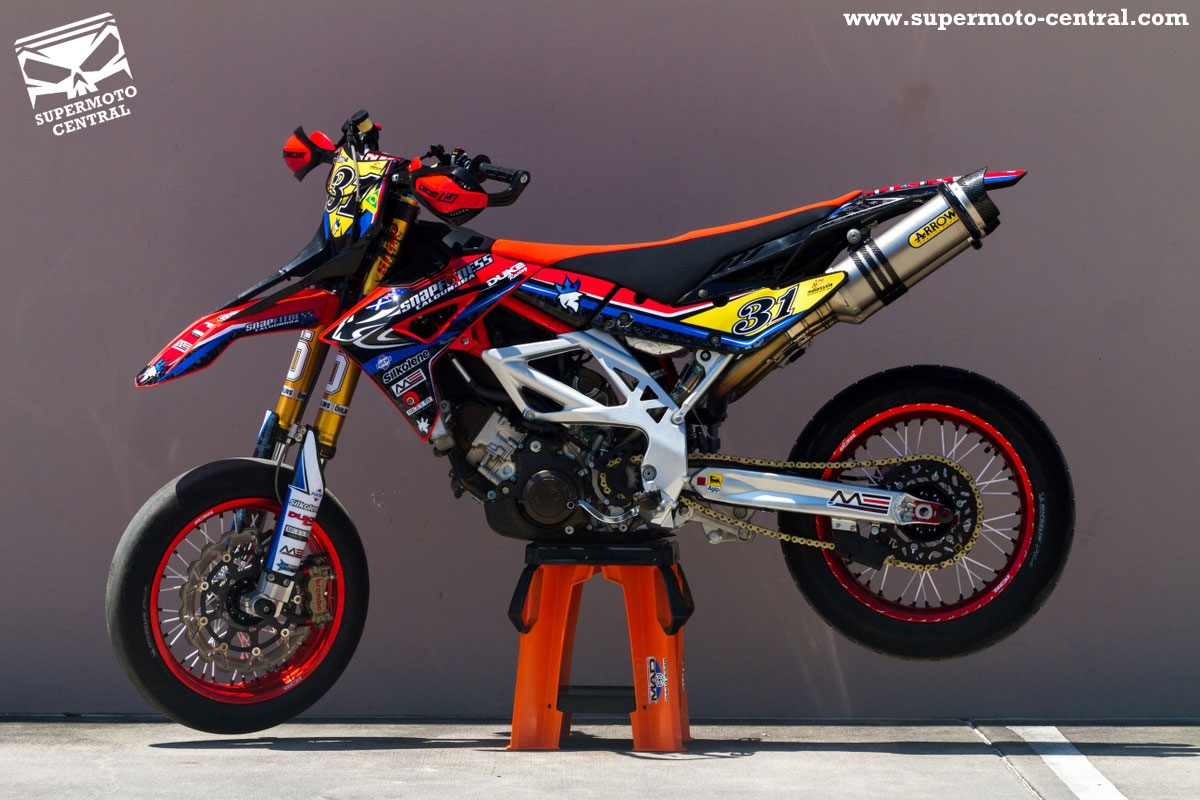 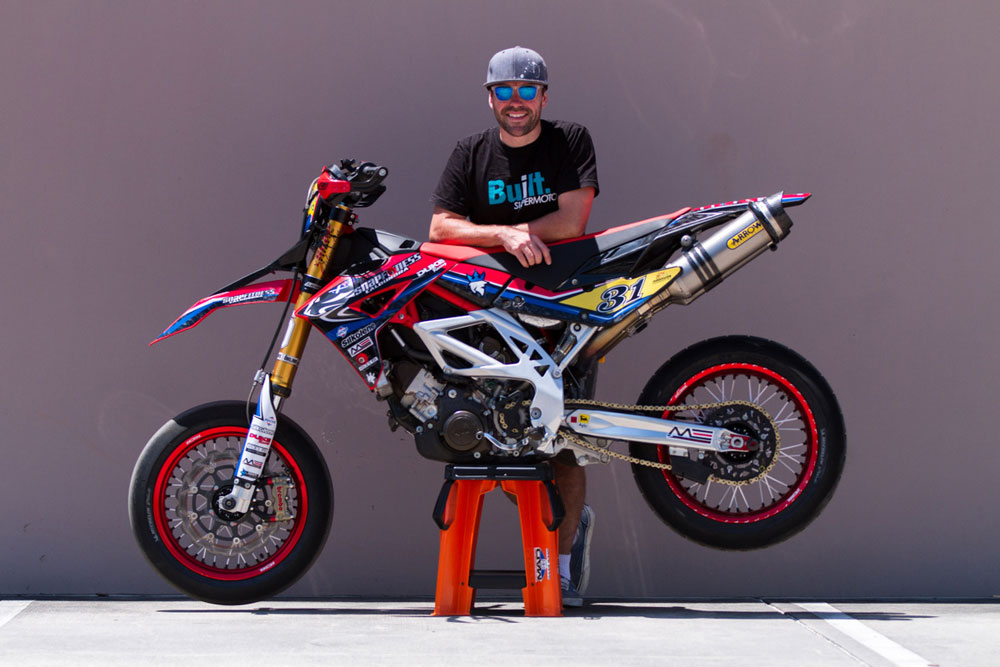 I saw an article in a magazine about the Guidon d'or, this was probably back when Wayne Gardner was racing, and I've been fascinated with the look and style since. My first supermoto was a KTM LC4 640SM that I used to ride on the road, then I did some trackdays on a go-kart track then bought a bike for trackdays... and the rest is history.

I had been racing an Aprilia SXV550 for some years and while it's an excellent bike on the fast road race circuits, it makes supermoto a lot harder than it should be! A friend bought an MXV from the US (they are not imported to Australia). Being involved with the VX range for a long time, the MXV appealed to me as it's the evolution of the line and I realised that it was a much better proposition than the SXV for a supermoto bike. 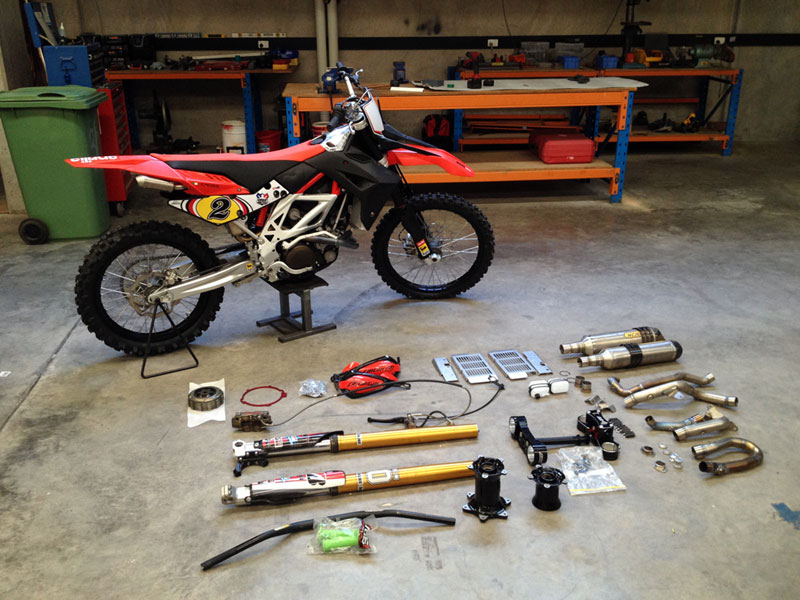 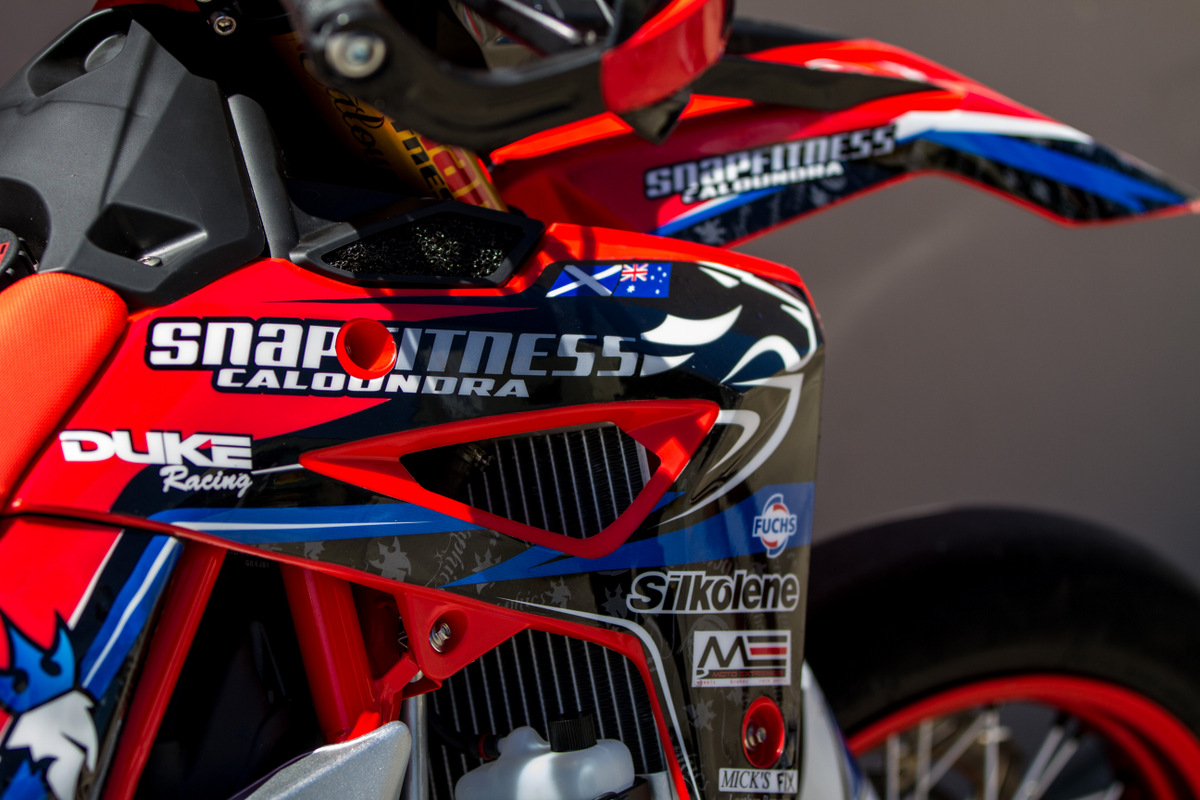 The build took a long time, mainly because I collected parts as I had the money and I had a long deadline. My plan was to debut the bike at the 2013 Australian Supermoto Championship at the Whitsunday raceway... of course, some parts were delayed and I only finished assembling the bike the night before I had to drive to the race! The bike was run in during the practice day and it was a revelation! I had a good idea how I expected the bike to handle and I was very happy with how good it was with my first attempt. 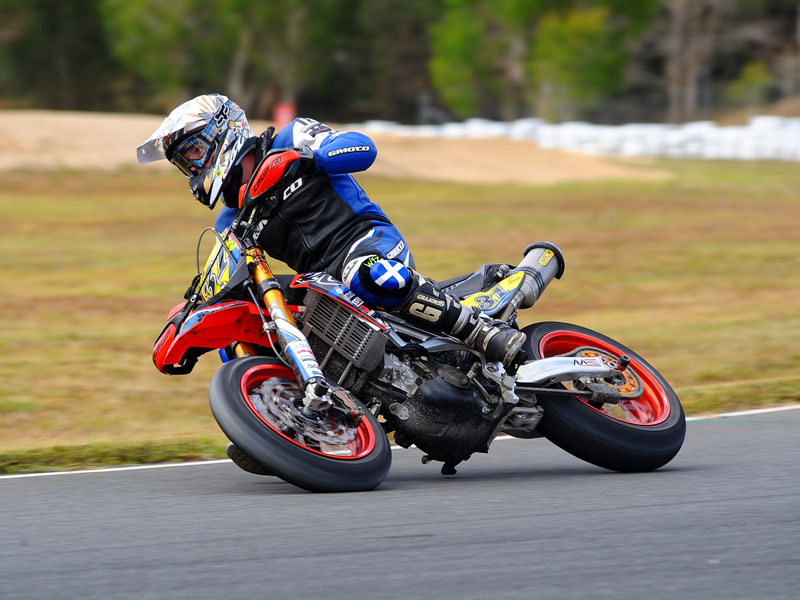 The bike is used for racing and practicing only

All racebikes are a project of some kind and always require some degree of "building" as you find limitations with the bike or spend too long on eBay! My SXV550 was developed to a reasonably high spec and before that I had a Husky SMR450... the less said about that one the better!

I'm going to try and ride this one a bit more first but I really enjoyed building the SMXV and the great thing about supermoto is that you can build a high-spec bike for sensible money. This bike is far from finished, there are a few upgrades that are required and a few modifications needed that only become apparent with testing. 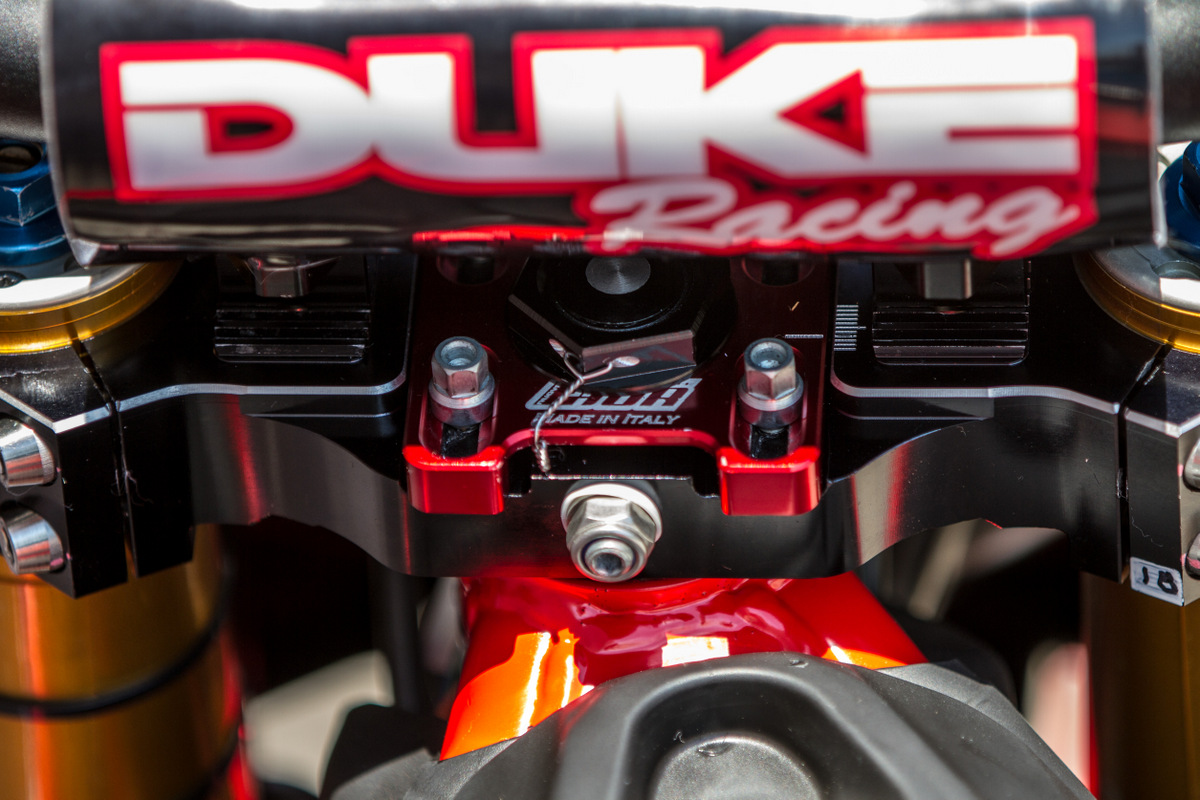 Be realistic about your budget and intended use, do you really need those carbon fibre wheels?

Take your time and double check everything, if you give yourself a decent timescale you can take advantage of the best pricing on parts, buy them when you can afford to, not when you have to.

Enjoy it! Take delight in the little things. 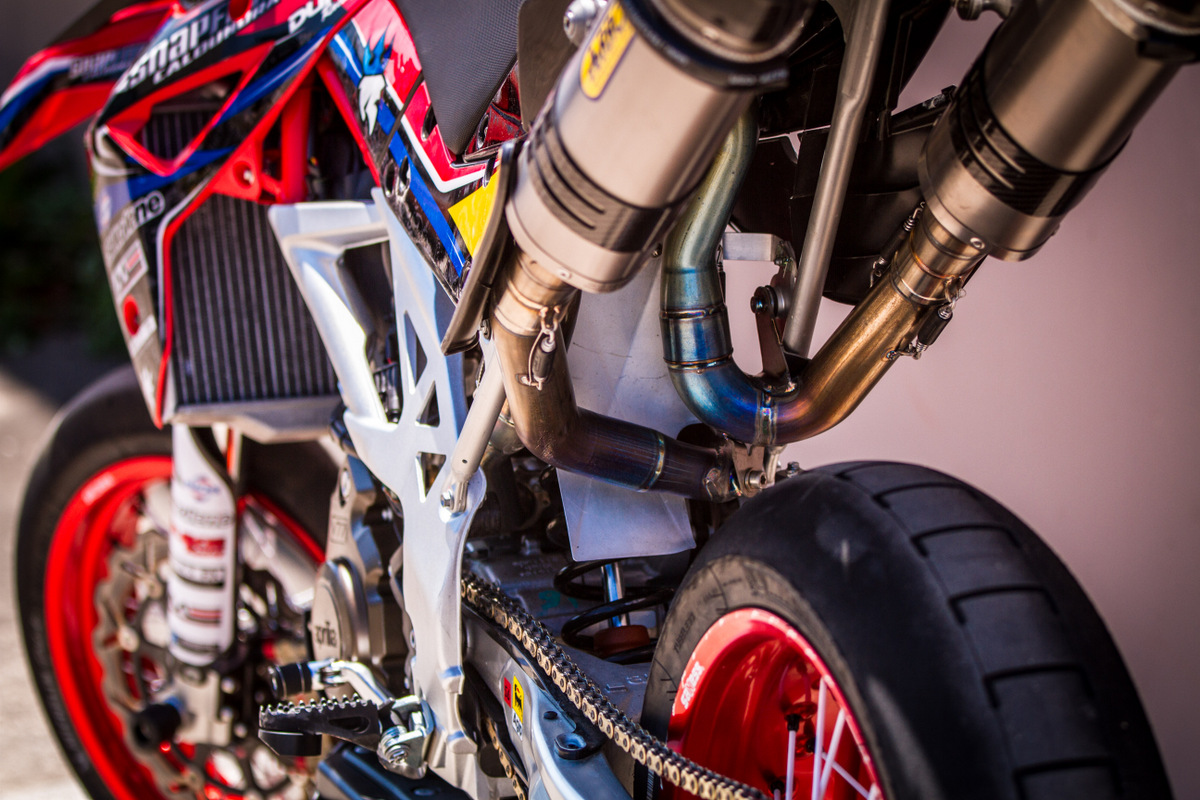 Thanks to the many people have helped me out along the way:

Marty Duke - Supermoto bike builder, Honda tragic and Duke Racing founder has been a great help and friend ever since I first bribed him with a can of Red-bull!

Uber-Moto Custom Graphics - www.uber-moto.com - Fellow supermoto racer and Custom MX graphics specialist, Jad Crowther, designed and produced the graphics for the SMXV. I left it to the last minute to decide on a design yet it was printed, and fitted in a seemingly impossibly short space of time. Uber-moto also printed the patches for my race leathers.

Snap Fitness Caloundra - Owned by fellow supermoto racer Beau Laing. Beau has helped with my fitness and recovery from the inevitable injuries picked up racing motorcycles! Fitness off the bike is a big part of my race preparation, our practice opportunities are very limited so it's important for my fitness to be at a high level then I can fully concentrate on my riding.

Allen Noland - Noland Trans World Cycles - No-one in Australia has ever had any experience of the MXV, Allen's wealth of knowledge and willingness to answer questions proved invaluable in setting up the bike.

Western Racing developments - www.westernracingdevelopments.com - Kurt West developed the XV Tuner software and cable for XV engine FI tuning and was a great help with the MXV.

The Fast Wheels Aprilia Team - Thanks to Daniele and the team for the advice and answers to my stupid questions!

M2R Helmets - www.made2race.com.au - A new supporter for the 2014 season, the new M2R X4 helmet is a lightweight, premium spec helmet without the premium price. I have already crash tested one of these and was very impressed with the outcome.

Warner's Wheel Repair - http://warnerscarwheelrepairs.com.au -  Mitch Warner did a great job of building my wheels, on time and at a great price.

Titanium Arrow exhaust, Made for the factory S1 team, with equal length headers 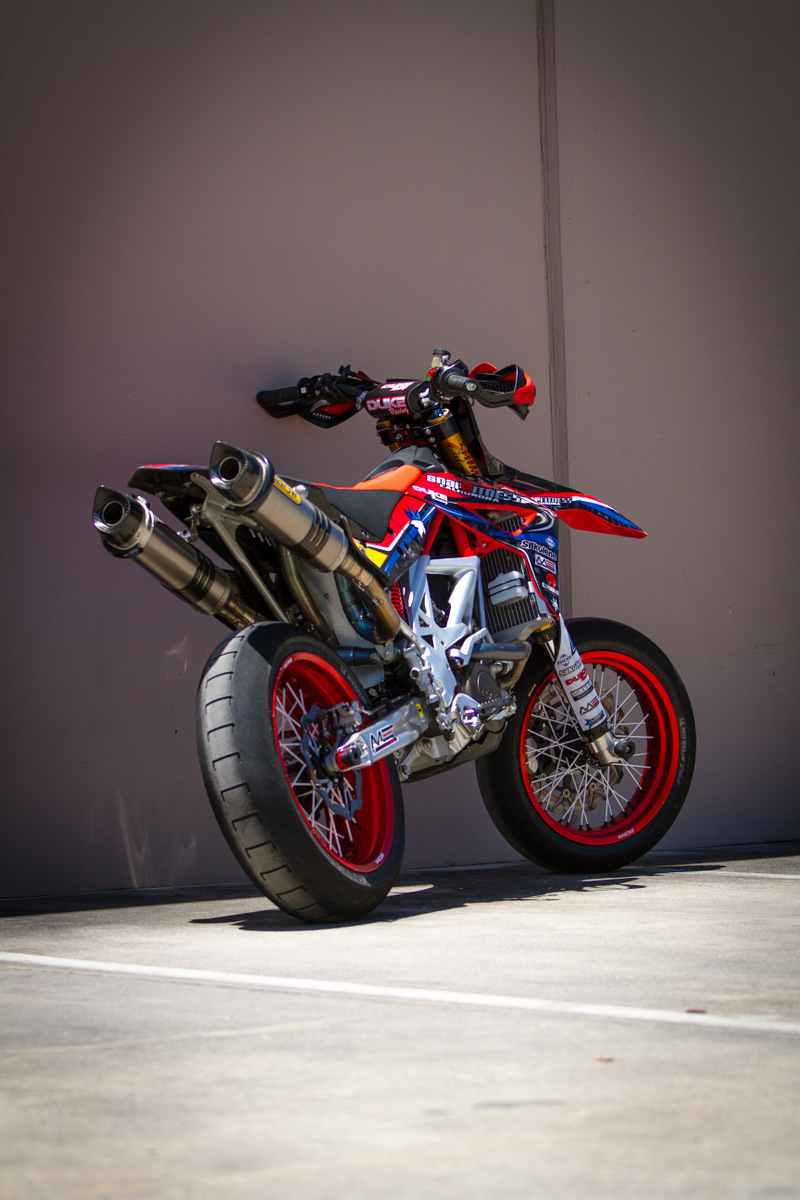 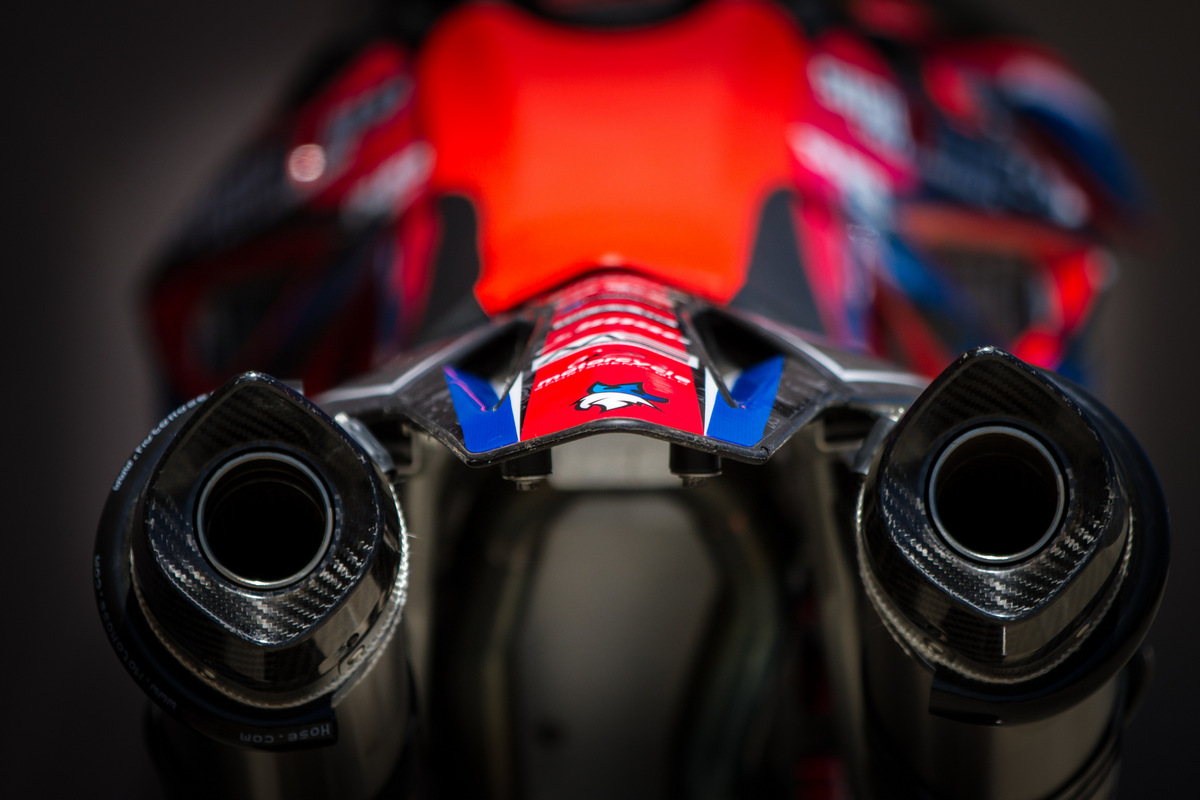 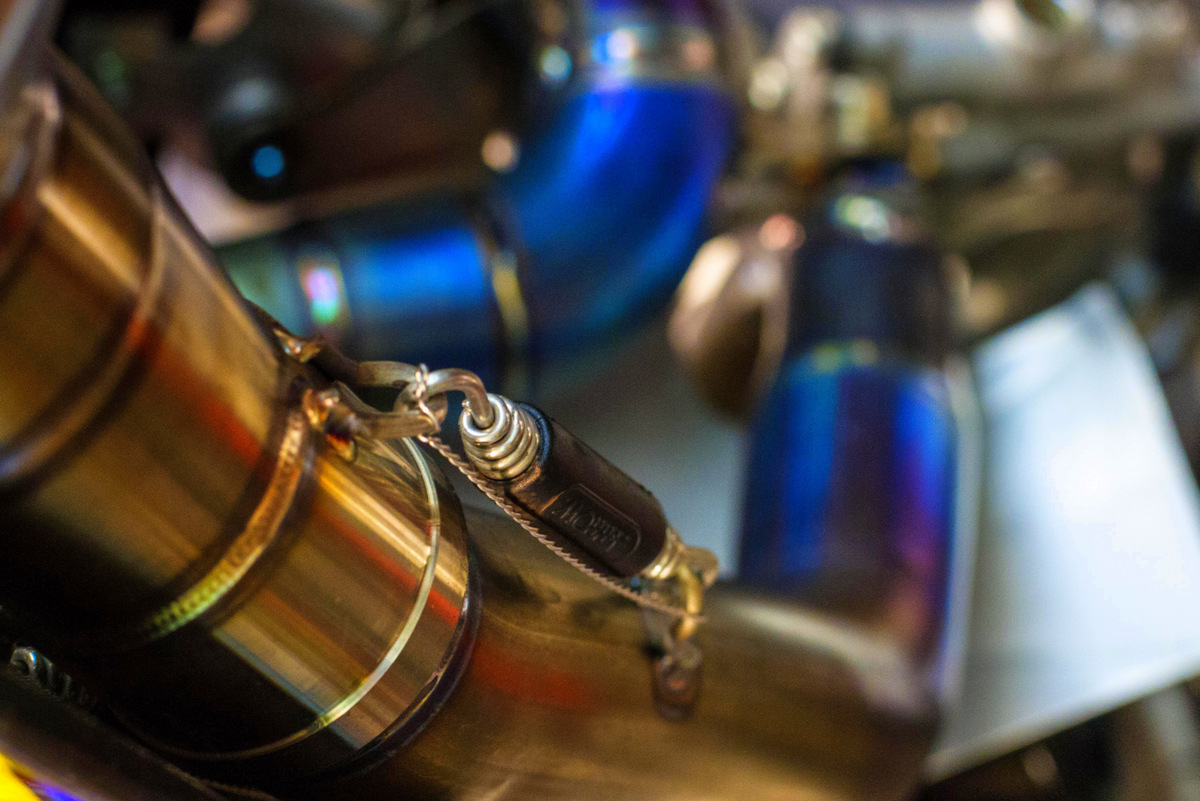 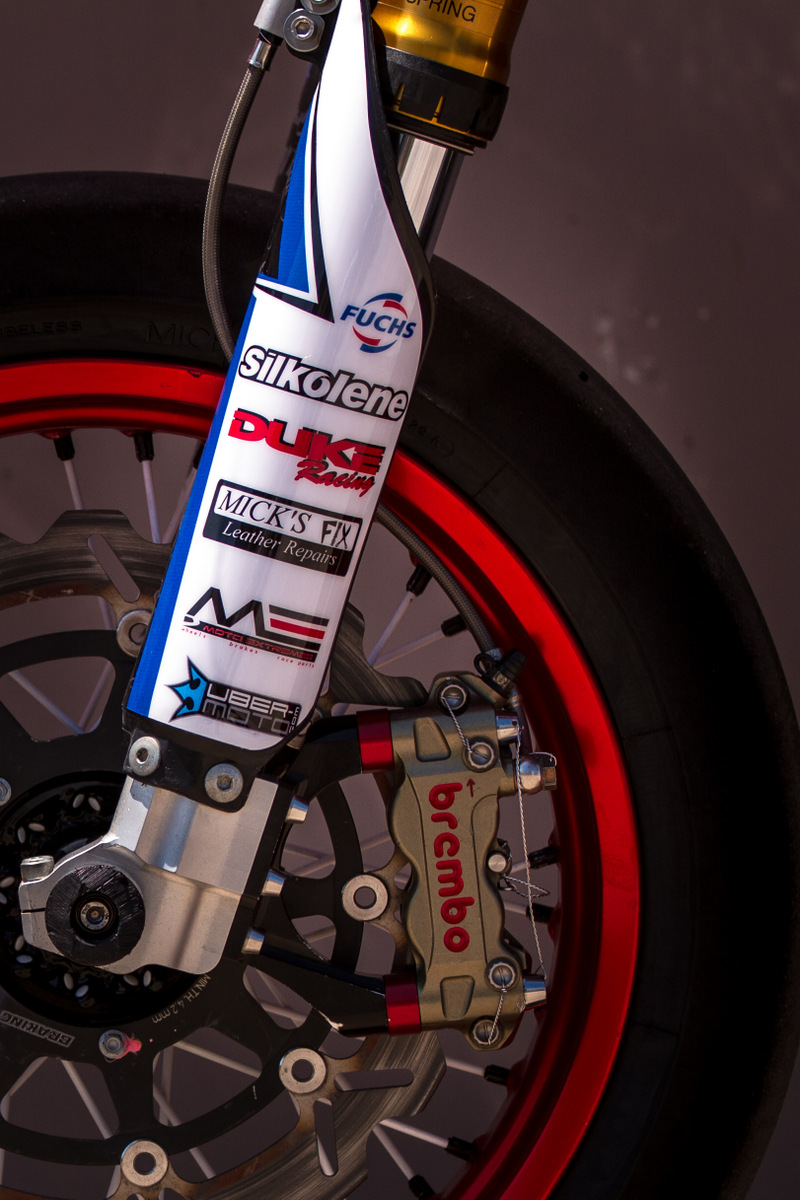