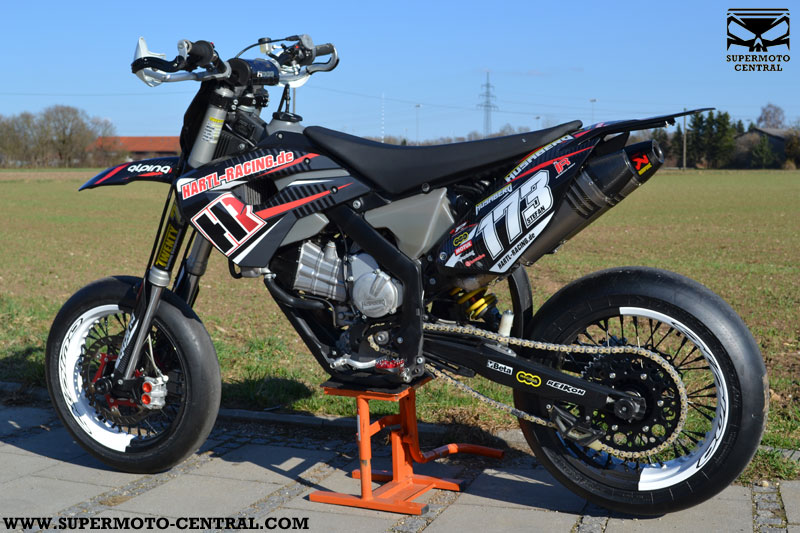 [Hartl Racing] The first bike I bought was 1995 a Suzuki RG80 Gamma. In 1996 I got two older Honda MTX80 - my first bike project was born! I drive many years with different bikes, mostly 1000ccm Racebikes. After a harder crash with my bike, my girlfriend told me not to drive much longer such bikes. So... a few years ago I started with supermoto... 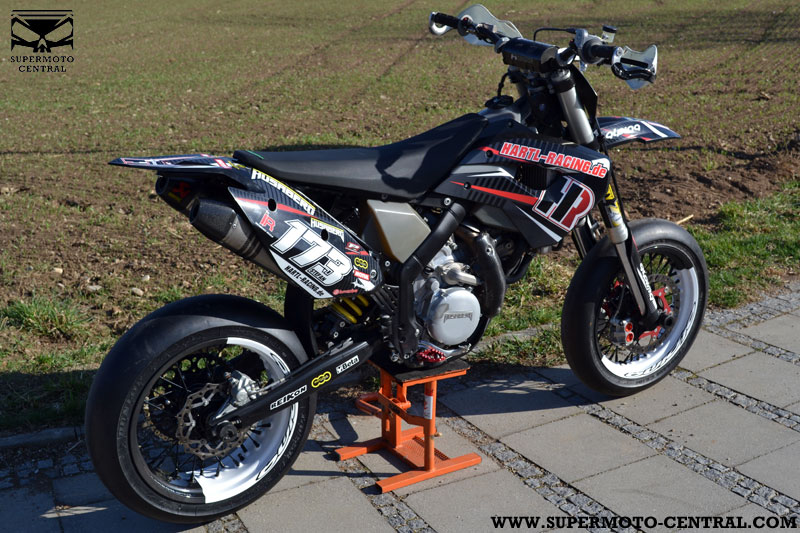 [Hartl Racing] This is the bike of a customer and good friend of my. We do this project this winter. 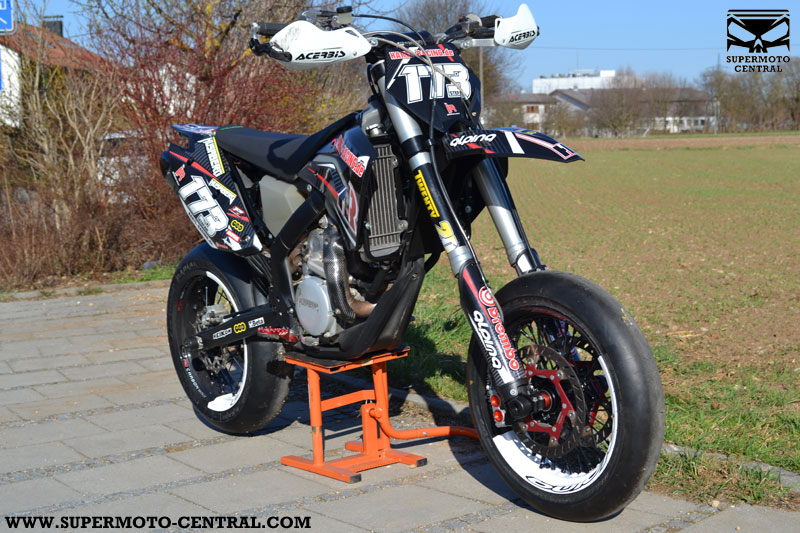 [Hartl Racing] A perfect looking bike, with massive horsepower. We had about 75hp on this bike. It's really great! 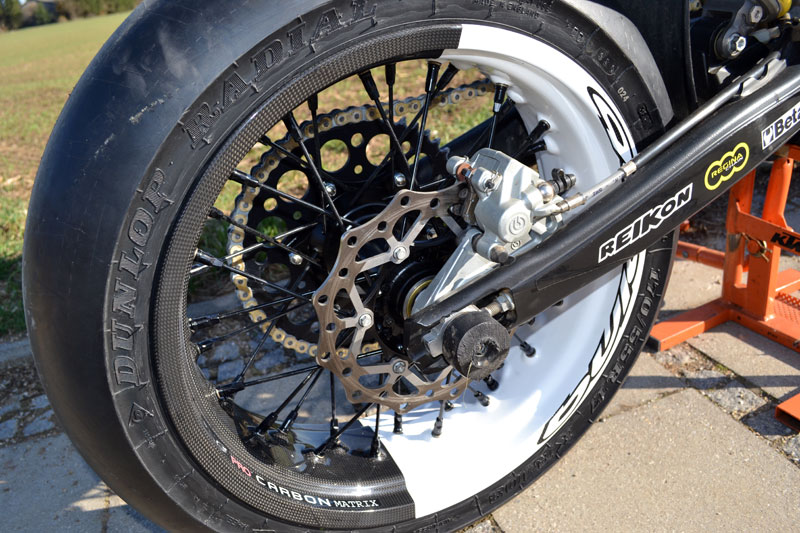 [Hartl Racing] this bike is only for the track.

[Hartl Racing] no, this is not my first. I have many bikes build. 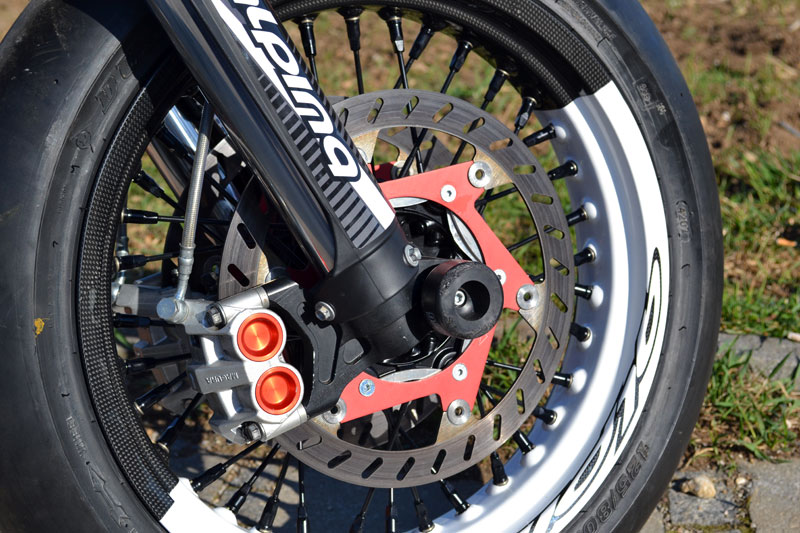 [Hartl Racing] well... I don't know. I like caferacer's. When I had a good idea and a lot of time, I will do a project like this. 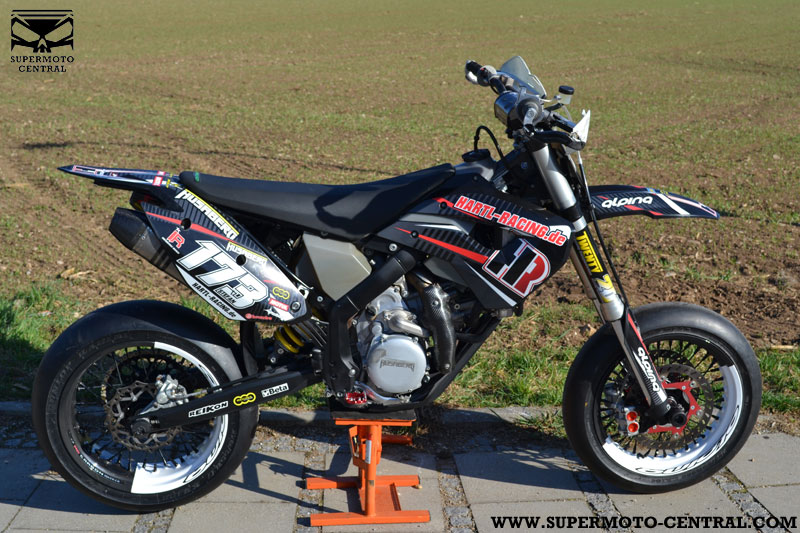 [Hartl Racing] Don't buy those cheap and worthless junk from ebay... you will regret it. 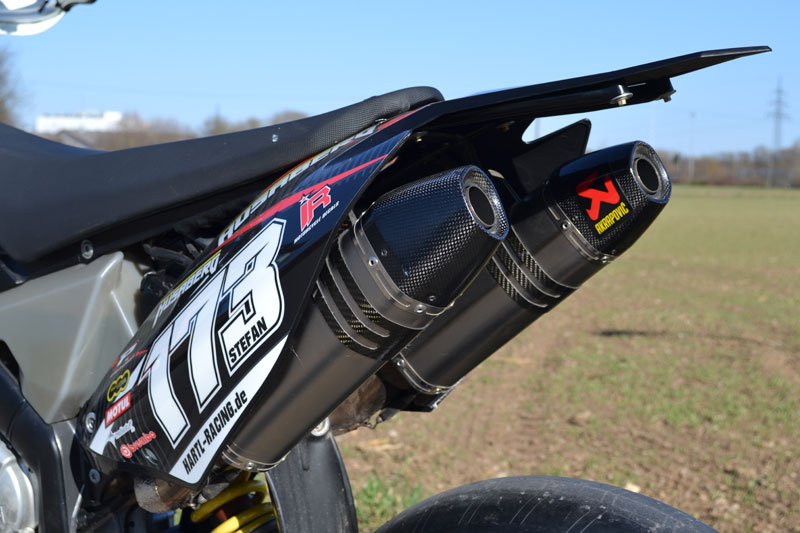 Akrapovic Mufflers from a CRF250

The Subframe is also specially handmade for the double exhaust system